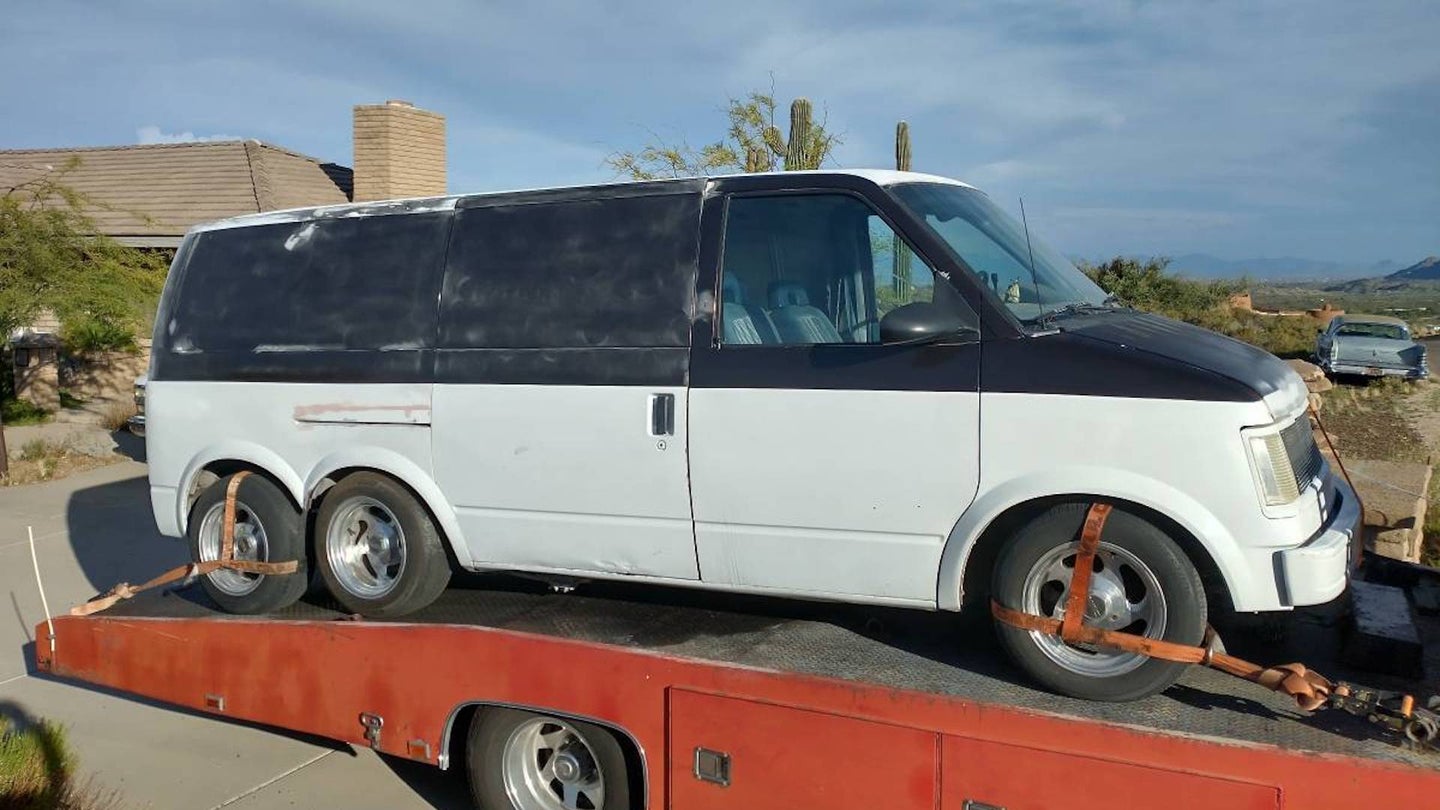 Wheels are like pizza: They’re round and you don’t want the cheapest you can afford. Also, more equals better, which is why the 1985 Chevrolet Astro van with a tandem rear axle for sale on Craigslist is ideal for turning into anything you can imagine.

Listed for sale on Craigslist in Cave Creek, Arizona, this Chevy is said to have had a “professional custom stretch done right” to fit a second, tandem rear axle. Why the builder had it fitted is unclear, as the project is far from completion despite the seller claiming “hundreds of hours and thousands of dollars invested.” Of course, the van, which is reportedly in rolling shape, makes it a decent canvas for any number of builds that could make use of its extra wheels.

In theory, a tandem axle offers two big advantages: Greater load capacity and traction. That makes this van capable of accommodating one heck of a camper setup in the back, complete with deep-cycle batteries to go off-grid with your appliances. Of course, doing so would be easier with more than just the advertised rear-wheel drive, so one could retrofit all-wheel drive from a later Astro—if not figure out a way to power all three axles, and build a 6×6 van. From there, it’d be a simple lift away from being a beaut of a back-country camper.

Of course, with all wheels powered one could take it down the asphalt performance path. Ideally, that’d begin with swapping that ancient 4.3-liter V6 for any GM V8, and while you’re at it, upgrading the four-speed automatic (indicated present by the column shifter). That, and a turbo or two, could take advantage of the included tow package, though any given diesel would work fine in that role, too.

No matter what you have in mind, this project is evidently a long way from completion. Its interior is still a ways off, its body needs block-sanding, and there’s a conspicuous lack of mention of whether the thing runs. But if its frame looks good on a lift, there are far worse ways one could spend $3,750—just think about how little Dodge Challenger that’d buy.

The post Think of All the Potential In This 6-Wheel 1985 Chevy Astro Van for Sale appeared first on The Drive.