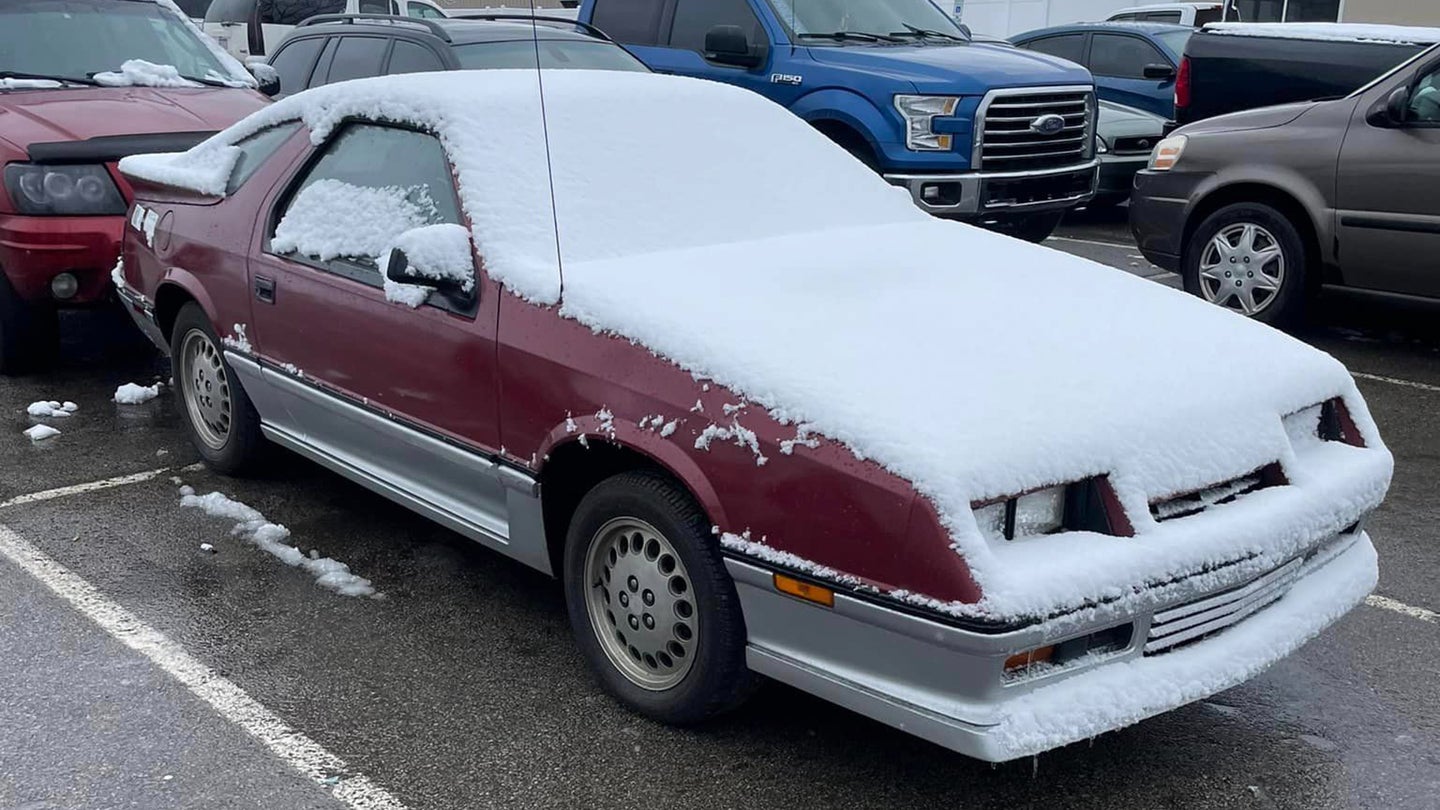 If you’ve never heard of the Dodge Daytona Turbo Z, you’re not alone. The obscure 1980s front-wheel drive sports car was only sold for two years, from 1984-1986, and it wasn’t incredibly popular back in its day. However, it was actually a cool little car that some car nerds (like myself) would still like to own today. So it’s a shame that this one is effectively being held hostage by U Pull & Pay junkyard in Pittsburgh at its current price.

The Drive reached out to U Pull & Pay and, after being abruptly disconnected more than once, was told they didn’t want to comment on the car or its price.

How could a car be held hostage? U Pull & Pay is selling the Daytona Turbo Z and asking $5,000 firm. There’s apparently no wiggle room in its price and its recent Facebook post claims that if no one buys the Turbo Z for $5,000 by Jan. 26, it’s headed to the scrap yard to be parted out. So either buy it for $5,000, or it’s gone forever.

If you’re asking why someone doesn’t just buy it for five grand, the answer is that the Turbo Z isn’t worth five grand. It’s barely worth half of that.

The comments on U Pull & Pay’s post is full of people saying that if the price would come down to a reasonable number, they’d buy it right away. Several commenters said that it’s worth between $2,000-$3,000, and JD Power—whose used car value tool pegs the Daytona Turbo Z at $2,700 on average—would agree. Sure, U Pull’s car looks in really good shape, and it only has 96,000 miles on it, but it’s still an ’80s K-car with an unknown service and owner history. Even JD Power’s tippy-top value for a perfect Turbo Z is short of this asking price, at $4,175.

What’s especially odd about this K-car hostage situation is that U Pull & Pay stands to gain nothing from parting it out. It will almost certainly lose money parting it out, versus just selling it at its actual value. As previously mentioned, the Turbo Z was mostly made from the K-car parts bin, so there isn’t too much of value in its individual pieces. Instead, it’s a car that’s very much more than the sum of its parts.

When it’s all put together, though, the Daytona Turbo Z is an interesting car. It was the brainchild of the legendary Lee Iacocca, its looks were inspired by the ’80s Camaro and Porsche 928, and it featured a turbocharged four-cylinder and a close-ratio five-speed manual. Its 2.2-liter turbo-four made 142 horsepower and 160 pound-feet of torque (power was bumped to 146 horsepower and 170 pound-feet in 1986, its final year), which, according to Dodge at the time, made it capable of 0-50 in 5.39 seconds (yes, 0-50 mph). There was even ‘CS’ (Carroll Shelby) package.

The Daytona Turbo Z being held hostage by U Pull & Pay isn’t long for this world, especially if there truly is no wiggle room in its price. Hopefully, someone works out a deal with the junkyard because it would be sad to see this rare little piece of American automotive history meet its deconstructed end.

The post This 1985 Dodge Daytona Turbo Z Is Being Held Hostage at a Pittsburgh Junkyard appeared first on The Drive.