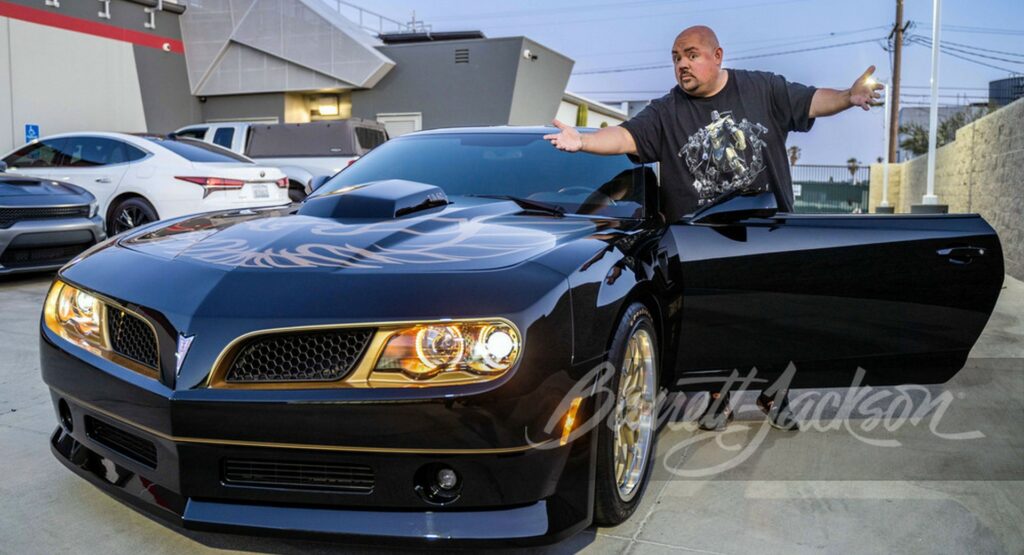 While the world suffered the demise of storied car company Pontiac more than a decade ago, one company continued to build one of its most iconic nameplates. That brand is Trans Am Depot and in the mid-2010s, it released a run of 77 custom sports cars. Now one has come up for auction and it just so happens to have been Gabriel “Fluffy” Iglesias’.

Up for auction at Barrett-Jackson’s Las Vegas 2022 event running from June 30th until July 2nd, this Trans Am Bandit Edition looks as good as new. And it should since it only has 1,225 miles on its odometer. Each one of the 77 cars in the production run, including this one, bears the signature of the Bandit himself, Burt Reynolds.

If that wasn’t enough for you, this same vehicle was featured on Jay Leno’s garage as the former late-night TV host and current hardcore car guy went out for a ride with Iglesias at the helm. No word on exactly what this bird is pumping out but Leno says that it’s “around 700-hp” (521 kW) thanks to a 6.2-liter LSX V8 engine.

That engine sends power to the rear wheels through a six-speed manual transmission and in the aforementioned video, Iglesias himself mentions specifically desiring the row-your-own-gears experience. Small stunning details are found throughout the cabin including on that shifter where you’ll find this car’s build number – 20th out of the batch of 77.

Large “flying chicken” wings are incorporated on each door card to match the large classic graphic on the hood. The interior is full of the same golden hue with a central touchscreen infotainment system and classically styled gauges throughout. Ultimately, this is a Chevy Camaro underneath it all so the new owner will get modern drivability with old-school cool styling.

If that buyer happens to be a big fan of Smokey and the Bandit, and let’s be clear, they probably will be, they’ll end up with a bunch of Bandit merch that comes along with the car. That includes a hat with a case, gloves, and even a duffle bag for weekend trips and the like. Brand new, these went for around $115,000 so we’re interested to see if it eclipses that mark when it goes over the auction block.