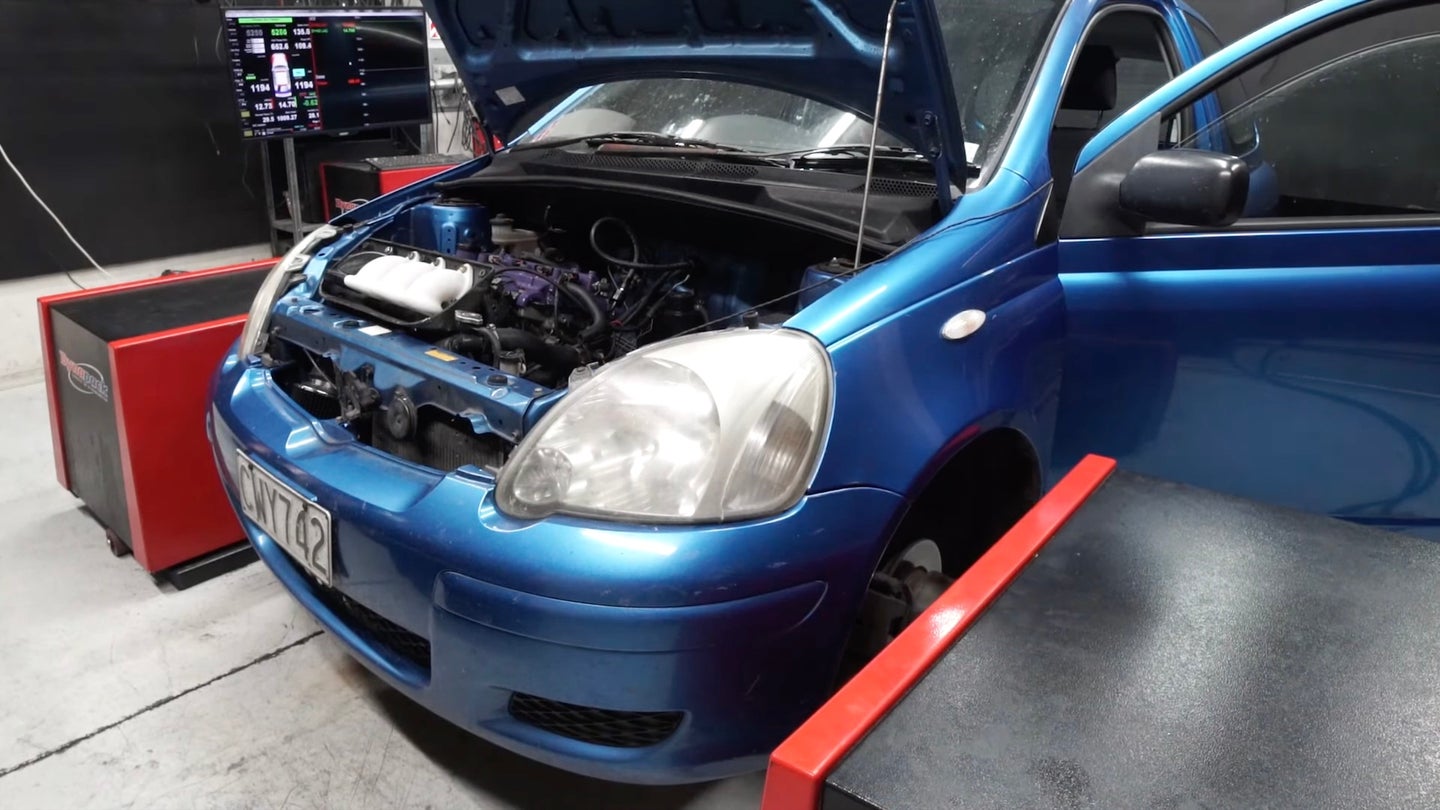 “Damn, that Toyota Prius engine sounds great,” is a set of words uttered more often in jest than sincerity. But you’ll likely find yourself saying that in a moment when you hear the one a New Zealander put in their Toyota Echo track car.

Built by YouTube user roman3s, this 2005 Toyota Echo hatchback is powered by the 1.5-liter 1NZ-FXE engine from a 2014 Prius C. You’re probably just as surprised that there was an Echo hatch as you are that someone would put a Prius engine in one—unless you’re from Canada, where the Echo was sold as both a sedan and hatch. As for the engine, it’s quite an unusual choice, as it doesn’t exactly have the aftermarket support of, say, the Honda K series. Nevertheless, this Kiwi hot-rodded the hell out of it to nearly double its stock horsepower, all while staying naturally aspirated.

Converting a thrifty economy engine into something ready for the track was apparently more straightforward than it sounds and began with removing its hybrid system, according to the car’s build thread. From there, the builder focused on increasing intake-side flow with broadened intake piping and independent throttle bodies from a 20-valve Corolla, controlled by a BMW S1000RR‘s throttle-by-wire system. Hotter cams and stiffer valve springs raised its rev ceiling to 9,000 rpm, while fuel flow was increased to keep up using an aftermarket ECU and injectors from the Toyota 1.8-liter used in the Lotus Exige.

According to a dyno run, all of these upgrades combined boost output to 141 hp and 113 lb-ft of torque. Apparently, the stock exhaust is now a major limiting factor, and one imagines upgrading it could bring the Prius powerplant past double the stock power. Channeled through a helical limited-slip differential-equipped five-speed manual, though, the existing power is already enough to nail a 13.49-second quarter mile at 99 mph. That’s a tenth of a second quicker than a 5.7-liter Dodge Challenger R/T according to MotorTrend testing—with a Prius engine, people.

Of course, the quarter mile is over in a matter of seconds, and one could easily listen to this engine for longer than that. That’s what this onboard video of a track day is for because 9,200 rpm never gets old.