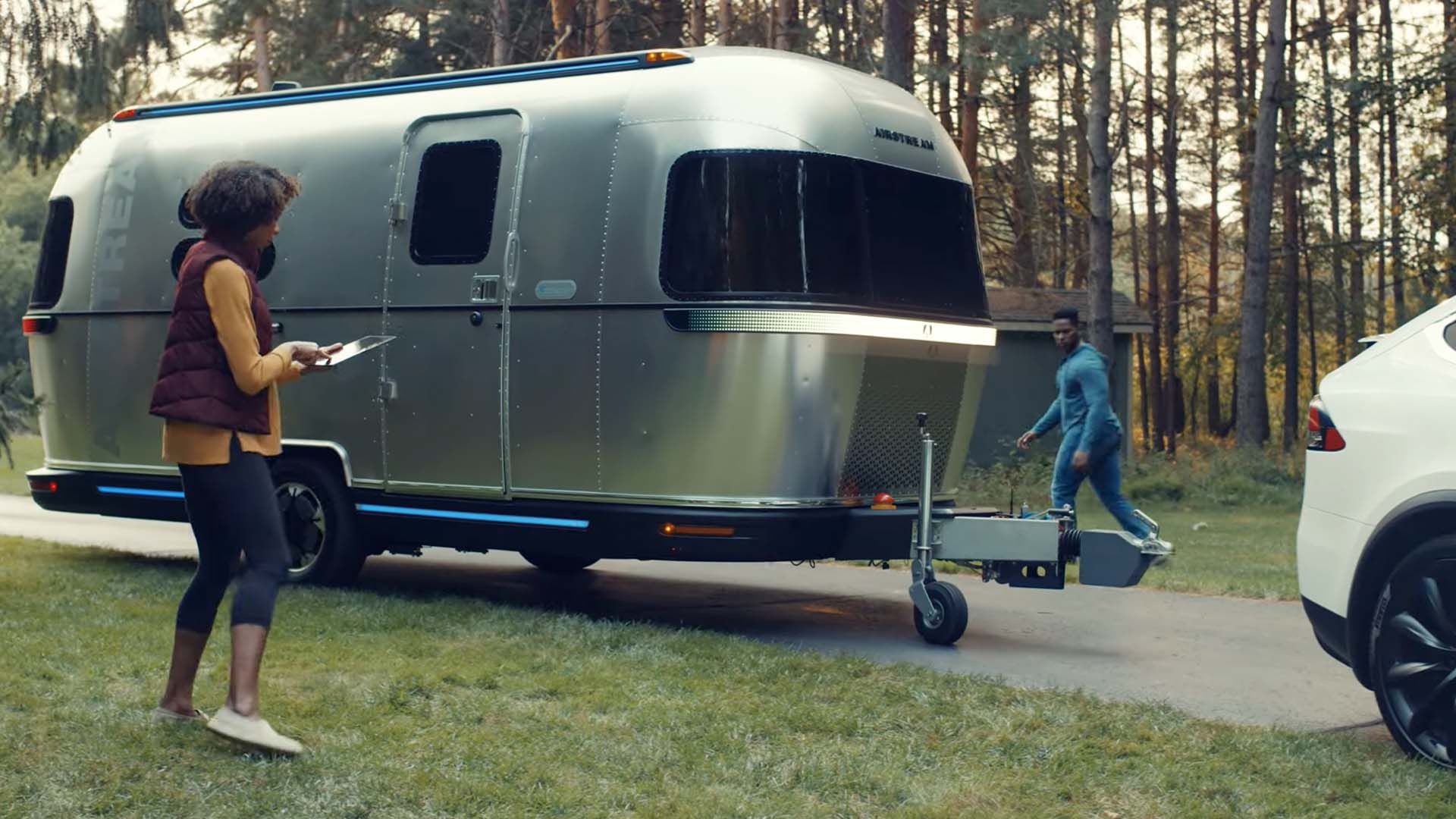 The last thing most people think a trailer needs is a drivetrain of its own—that’d make it an RV, no? Well, maybe there’s a case to be made for one that can move on its own after all, as long as it can make hitching, towing, and backing up smoother the way the Airstream-based Thor Estream does.

At the 2022 Florida RV SuperShow, Airstream’s parent company Thor Industries revealed a concept for a trailer with a dual-motor electric drivetrain, which streamlines every step of the towing process. Its remote-controlled motors can maneuver it into place to simplify hitching up, then draw power from onboard lithium-ion batteries to propel it along on the road, reducing the penalty to the tow vehicle’s efficiency and driving range.

On the move, Thor says the Estream’s drivetrain improves its stability, though it didn’t specify how. Presumably, it relies on regenerative tech that effectively gives the Estream torque-vectoring trailer braking and sway control. Sounds useful out on the gusty plains.

Once at its destination and unhitched, the Estream can use that same remote-controlled powertrain to reverse on its own, avoiding that awkward dance of reversing with one’s tow rig. When stationary, the Estream can hook into a local power supply, or simply continue drawing power from its batteries to power onboard amenities, which mysteriously include Amazon’s Alexa. (I thought the idea of sleeping in a camper was to get away from that horrible omnipresent Bezos Bot, but what do I know.)

Hopefully, Thor will rethink allowing Alexa if it decides to bring the Estream to production, as it’s only a concept for the time being. Given Airstream customers’ deep pockets, though, I can easily see them splashing out on a trailer this gadget-filled, even if it costs more than a San Francisco apartment.