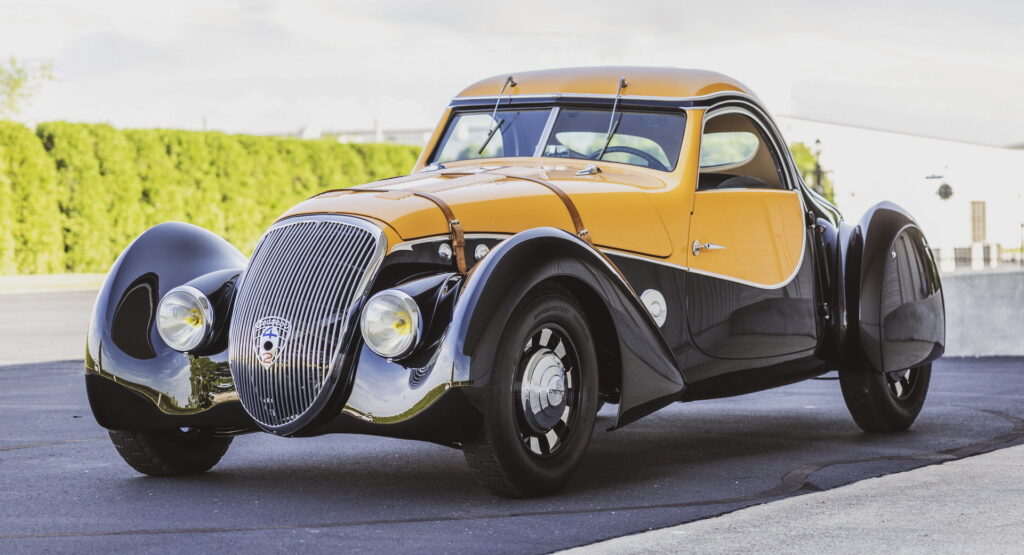 It’s hard to imagine, but by the 1930s, Peugeot was already tired of making normal cars for a mass market audience and wanted to return to its early days of racing success. This 1938 Peugeot 402 Darl’mat Special Coupe by Pourout is the result of that early nostalgia.

As the name suggests, the car was assembled by Emile Darl’mat, who rose to prominence in the interwar period as a successful dealer and racing privateer. In the ’30s, his achievements caught the attention of Peugeot, which began supplying him with the 302 chassis in 1936.

In 1937, they entered the 24 Hours of Le Mans, finishing 7th, 8th, and 10th, which everyone was pleased with for a debut campaign. The next year, Darl’mat was given the latest version of Peugeot’s 402 chassis, which was lighter as well as longer and wider than the 302 chassis. 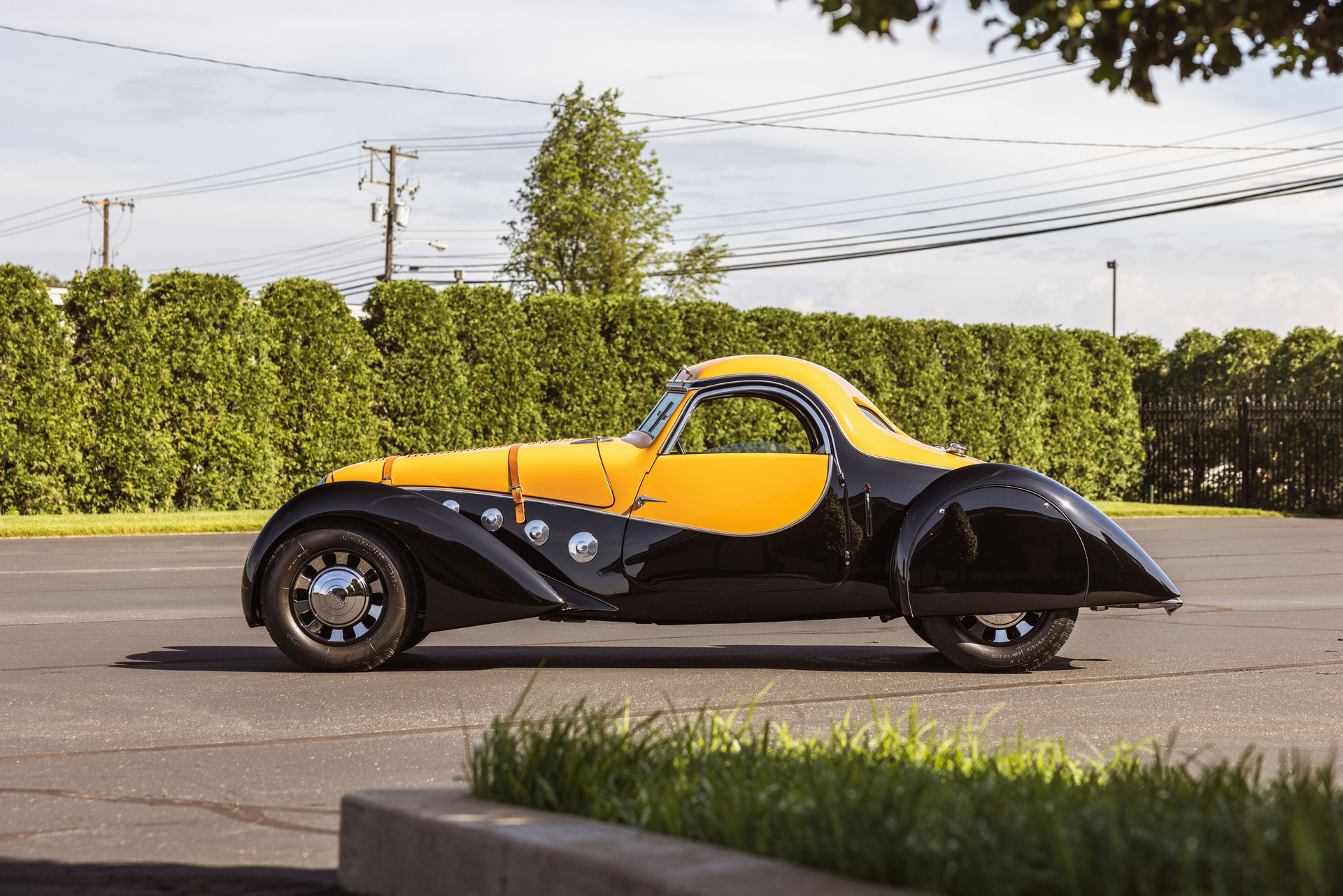 The cars received both closed and open body styles that were penned by coachbuilder Marcel Pourtout and his chief stylist Georges Paulin. The 2.0-liter engine, meanwhile, was supercharged by Victor Derbuell.

The team campaigned another three examples at the 1938 running of the 24 hours of Le Mans, and the roadster driven by Charles de Cortanze and Marcel Contet finished first in the 2.0-liter class and fifth overall.

This example, a coupe, was given as a Christmas present to Alfred Giauque, Peugeot’s director of mechanical studies, who had supported Darl’mat’s Le Mans efforts. Giauque’s preferred body style, the car was initially finished in French beige and black and is a stunning example of the French Curves interwar design movement.

Darl’mat is believed to have built a grand total of 150 of these aerodynamic Peugeots in all, just 20 of which were coupes, and research suggests that only six were based on the lightweight 402 chassis. In the intervening years, just three are believed to have survived, making this a very rare car indeed.

The recipient of a comprehensive restoration in 2002 and further honing by RM Auto Restoration a few years later, the car is said to present very well and to be ready for the lawns of the world’s concours. Offered for sale at RM Sotheby’s Monterey sale on Friday, August 19, estimates suggest that the hammer could come down at between $1.1 and $1.5 million.