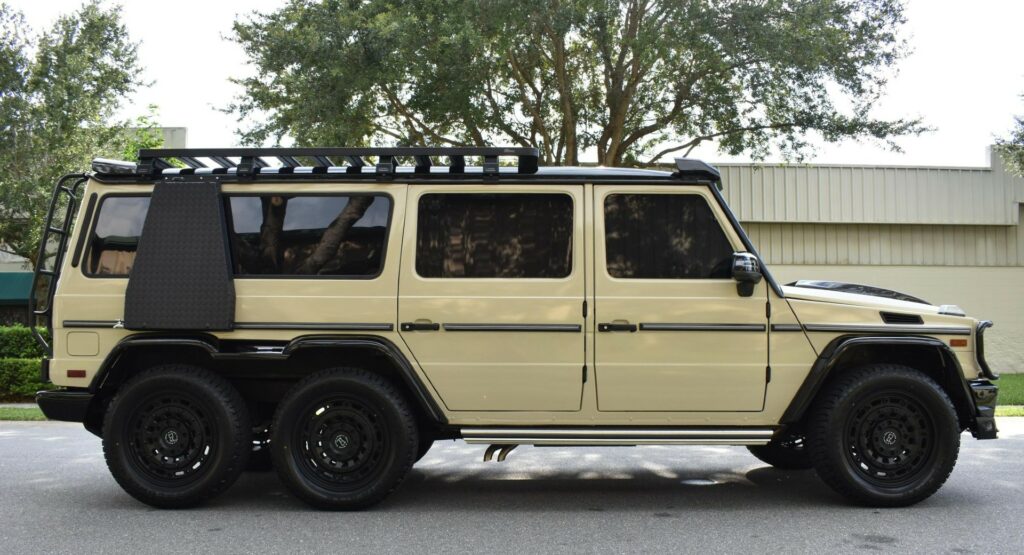 Over time, we’ve covered a number of epic six-wheeled vehicles and even a few made from a G-Wagen too, including from Mercedes themselves. Today’s offering though is a six-wheeled G-Wagen SUV that is the only one of its kind.

Available over on Cars & Bids until August 8th, this six-wheeled 2017 G550 is as Doug DeMuro puts it, “unquestionably one of the wildest vehicles” the site has ever listed. He rightly points out that Mercedes actually built its own six-wheeled G-Wagen pick up but never did they do this and enclose the rear area as a cabin.

The result here is that the rear seats have exceptional legroom in a way that pretty much every other G-Wagen can only hope to. In addition, the cargo space in the back is downright cavernous. Unlike Merc’s pickup, this seems to be a normal G-Wagen SUV that was converted by stretching the body and adding two wheels to the back. 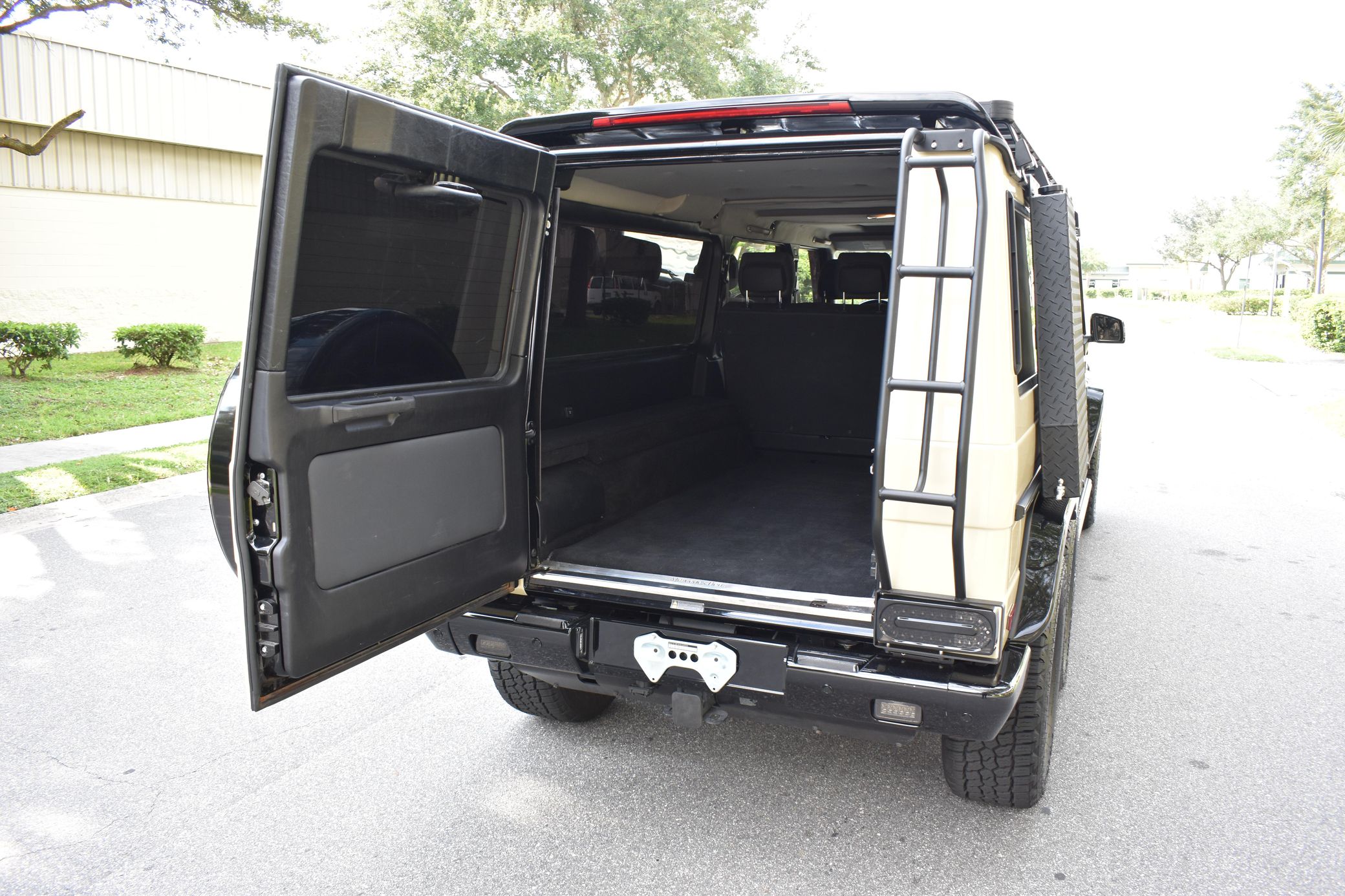 On top of that obvious modification, the build features a Brabus front grille with integrated LED lighting as well as a Brabus tire cover at the rear. A Front Runner rear-mounted ladder and roof rack are complimented by a side-mounted water tank and new 20-inch Black Rhino Beadlock-style wheels. The beige wrap covers a black paint job underneath and the vehicle has just under 600 miles on it.

While the six-wheel conversion and the additional exterior parts make this SUV anything but boring, it’s really the saving grace for what otherwise is a pretty standard (and behind the times) G550. Despite being only a few years old there’s not much in the way of super-luxury in the cabin.

The Brabus equipment on the vehicle is nice but the engine remains completely stock. Finally, while the vehicle does indeed have six awesome wheels and tires, only the four originally driven wheels have power, so that rear extra set is just being drug along everywhere you go.