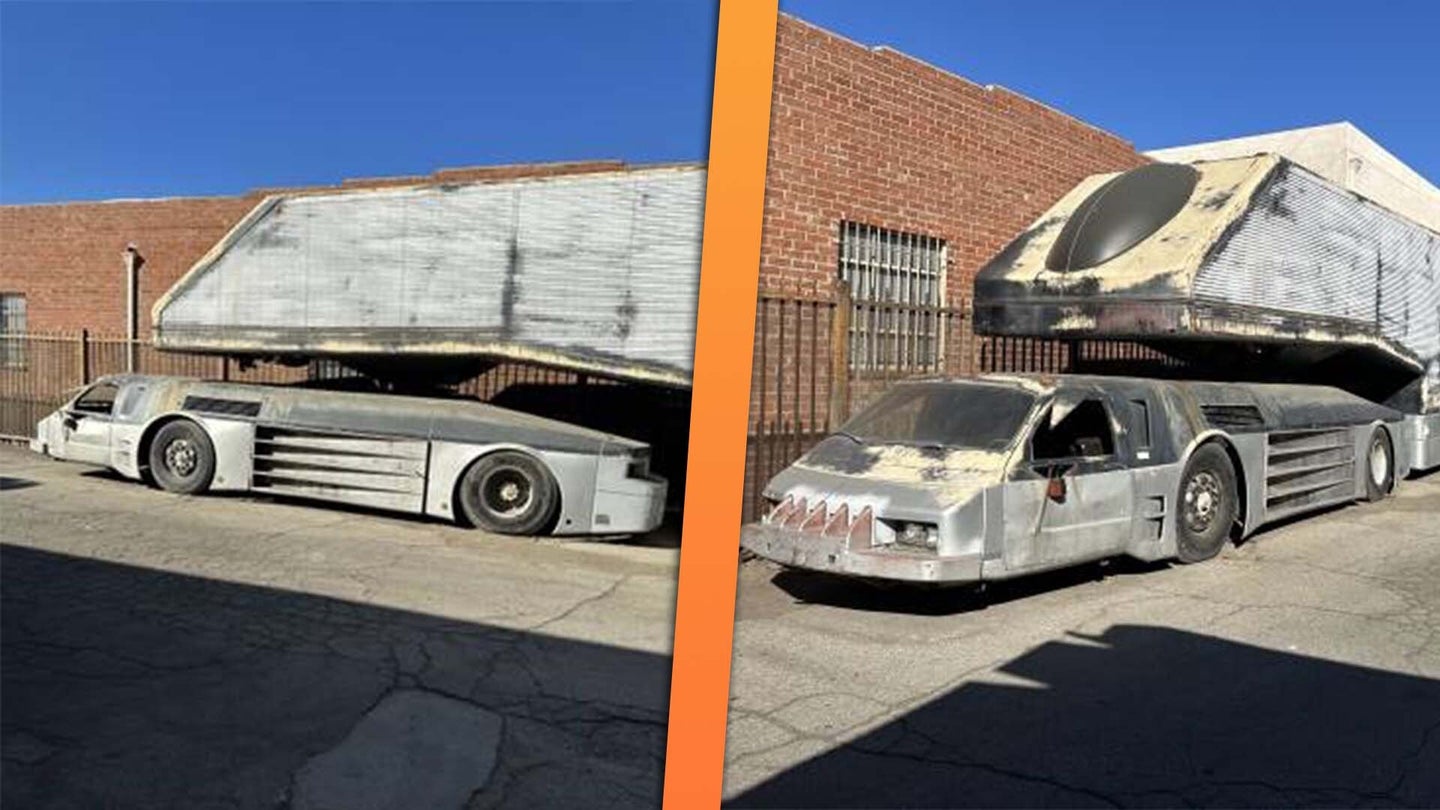 I’ve never watched NBC’s The Highwayman, and there’s a good chance you haven’t either. It was a short-lived TV series in the ’80s that supposedly mixed Knight Rider vibes with Mad Max that ran for just nine episodes before being canceled. In turn, it didn’t leave a lasting impression on the world of Sci-Fi television, but it did bring us this strange 1982 Peterbilt that’s listed on Craigslist in North Hollywood for $65,000.

The truck had a starring role in the show alongside Sam J. Jones. IMDB says the semi was one “high-tech 18-wheeler” meant to carry cargo while also serving as a helipad when needed. That’s the kind of versatility you want in a truck, but in its current state, it’s not exactly ready for showtime.

It’s almost like the big rig has gone to bed every night for the past 35 years without taking off its makeup. Even still, the seller claims it runs and drives with a 700-horsepower Detroit Diesel engine that has just 5,000 miles on it. They claim it’s a six-cylinder, though there’s no indication if it’s a 6V71, a 6V92, or something else. Either way, I’d bet that it’s turbocharged, and you can briefly hear the trademark two-stroke buzz in this clip:

It has an automatic transmission, so just about anyone can drive it, and the low ride height means it’ll fit in any McDonald’s drive-thru—at least vertically. It’s got to be tricky to maneuver with that huge front overhang, though. The cabin is way out ahead of the front axle, meaning you’ll enter any intersection about a half-second before anything else on the truck does.

The listing says it’s roadworthy and registered, though the registration has been lost. I have no idea what it’d be like to get this sucker road legal in your state, but if you could make it happen, it’d be a great motorhome or traveling sideshow. There’s no mention of the trailer, but photos of it are included. There’s some rust at the front driver’s side corner, but if you’re taking on the rest of this project, that’s likely to be the least of your worries.

I’m not exactly a sound voice when it comes to giving project car advice, but if you’ve got $65,000 burning a hole in your pocket, not many rigs come close to this on the coolness scale.

The post This Bizarre 1982 Peterbilt Aero Semi on Craigslist Is the Dystopian Truck You Need appeared first on The Drive.