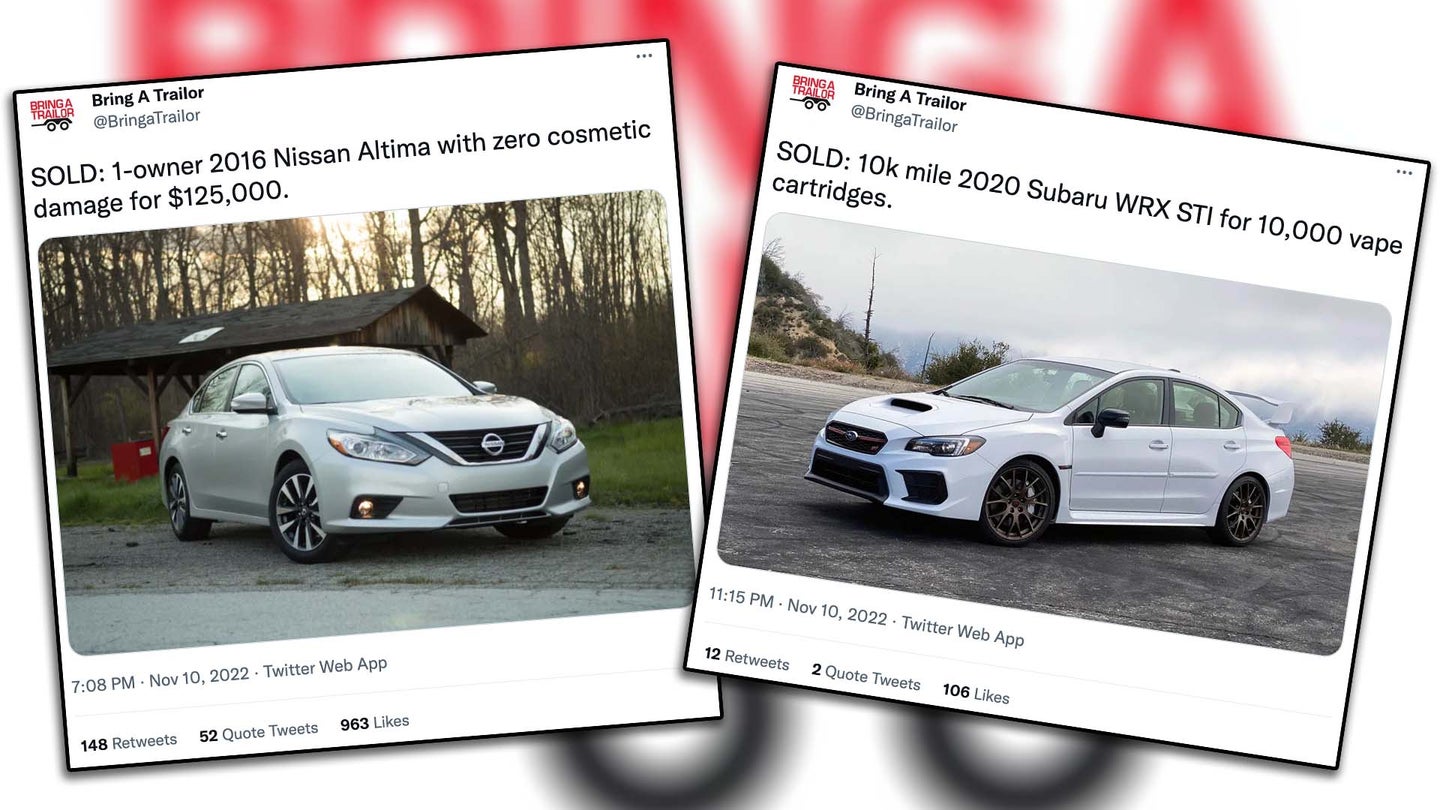 I’m one of the most optimistic people you’ll meet and I still have no hope I’ll be able to afford anything, ever on Bring a Trailer. It’s still fun to peruse on a Friday afternoon, but I just can’t imagine a future in which I’d actually own anything that’s listed there anymore. Instead, everything is unobtanium and the prices don’t matter. Maybe that’s why I’m laughing so hard at this parody account that came across my Twitter feed this morning.

The first @BringaTrailor post I saw was a phony auction result showing a one-owner 2016 Nissan Altima with zero cosmetic damage that went for $125,000. There are some obvious layers to that joke, the first being that such an Altima exists, and the second being that if it did, Bring a Trailer’s “curators” would probably allow it on their site. If a 2001 Ford Ranger can make it, so could a pristine example of the world’s most accident-prone sedan.

Then I saw a gorgeous 1970 Ford Custom Camper Special that was marked as sold with a caption that’s all too fitting:

Now, that price might be far outside the realm of possibility, but old trucks on Bring a Trailer do go for infamously enormous amounts of money. I even talked to founder and CEO Randy Nonnenberg about it back in 2020. The 4×4 market is booming and that’s never been clearer than it is when you see more than 100 relevant listings on the site at any given time.

Some of the jokes are pretty low-effort, I’ll admit. Everybody’s heard the one about the Jeep Wrangler taking up three parking spots. Others ride the line in a way that’s just witty enough to make me chuckle.

I’m not saying this will still be fresh and funny next week, but for now, it’s my happy place.