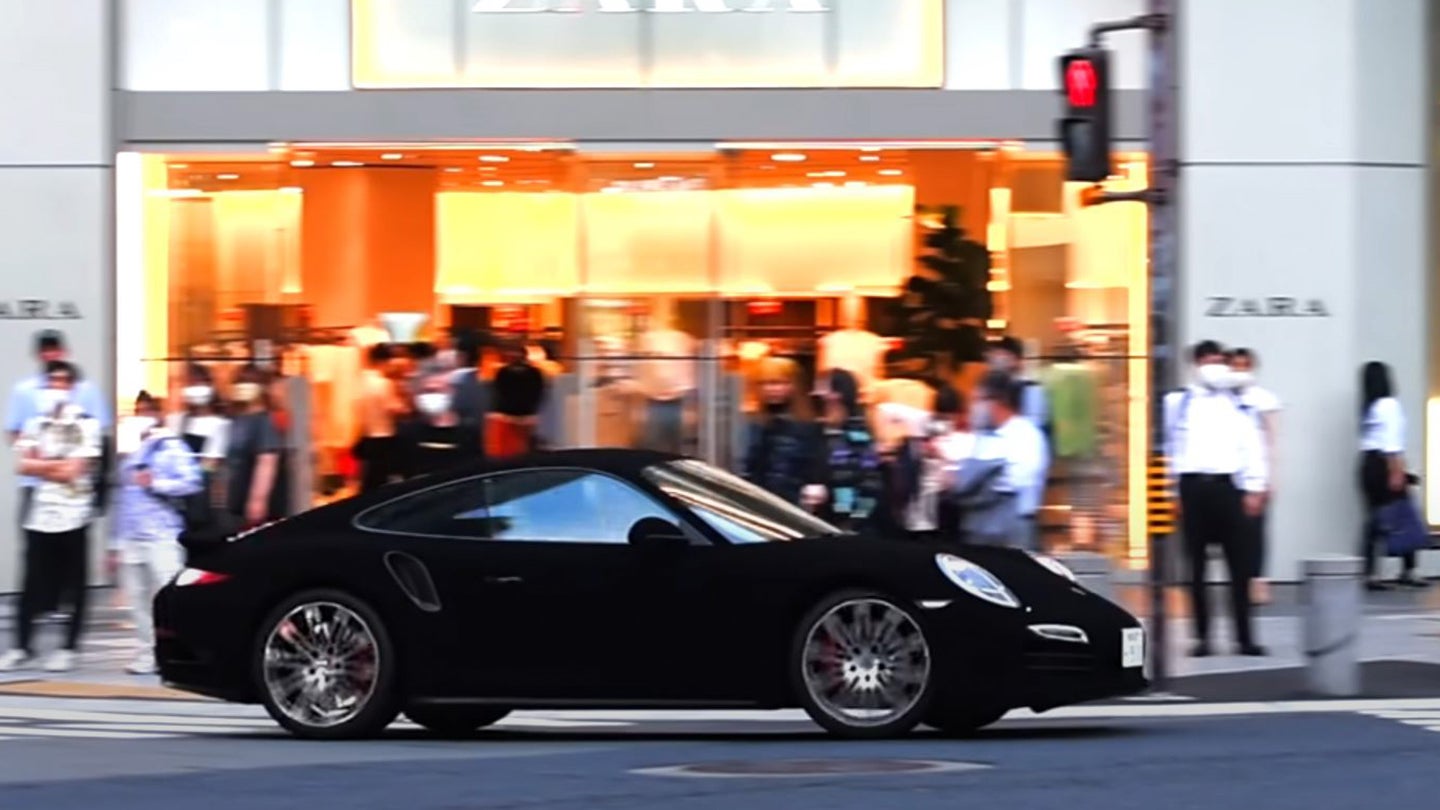 There are a lot of shades of black out there, but KoPro’s Musou Black claims to be the darkest black of acrylic paint on the market, with up to 99.6% of inbound light absorbed. Pit One Customs in Japan decided to spray it onto a Porsche to see what it would look like, and the results are… very hard to see, truthfully.

The above video details the process from start to finish of painting a Porsche 911 in Musou Black at the Pit One Customs garage. It starts off as a regular gloss-black Porsche color, and finishes as a nearly featureless, shapeless stealth fighter of a vehicle. This isn’t the first time that an ultra-absorptive black finish has been used on a car; BMW painted an X6 with Vantablack, a similarly dark shade, a few years back. Interestingly, however, Vantablack is not actually a paint; instead, it’s a coating used made out of carbon nanotubes that requires special application techniques, whereas Musou Black is a water-based paint that can be sprayed out of a traditional aerosol gun.

Traditional black paint is still relatively reflective, with 94%-98% of incoming light absorbed (which means that 2-6% is still reflected), but with less than 1% of light escaping Musou Black, cars painted with it are essentially formless. The 911 in the video above, especially mid-process with its headlights and glass still taped over, looks like a silhouette of a car that’s still locked in a video game selection menu. When driven around the streets of Japan during the day, it’s hardly different in broad daylight than it is in shadows. At night it appears to be darker than the pavement it’s driving on.

If you want to give this night-sky-black paint a try, you can buy it in hobbyist quantities on KoPro’s site and paint shadowy-dark Hot Wheels if you so desire.

The post This Custom-Painted Porsche 911 is a Rolling Black Hole for Light appeared first on The Drive.