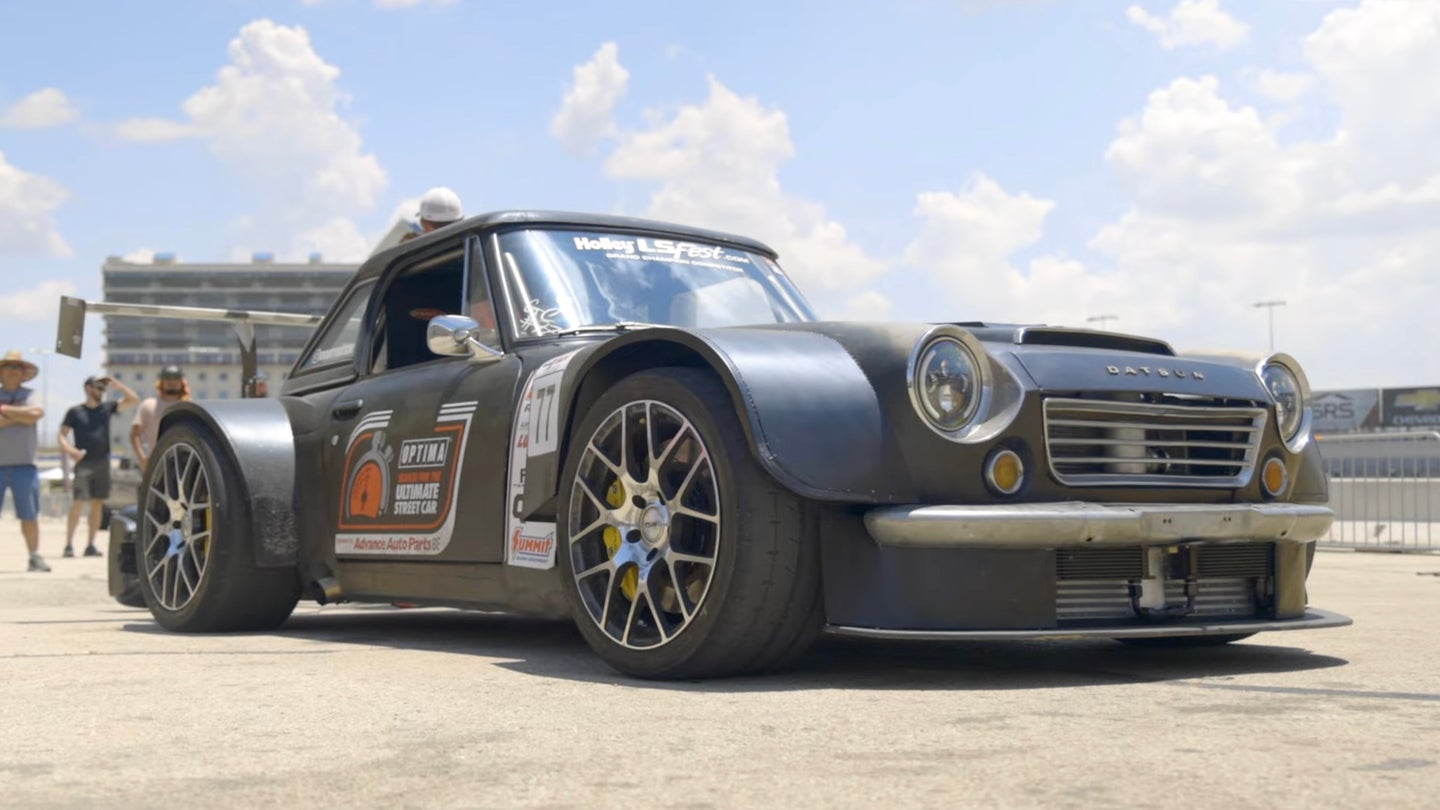 Affordable, reliable, and quick as hell, Chevy Corvettes are just about the most uninspired way to go fast. That is, unless you start doing weird stuff to them, like swapping in a Honda K-series four-banger. Or better still, switching out their body and chassis for those from a tube-framed Datsun 2000 roadster, creating a “Dirty Datsun” that might be the wildest car of its kind anywhere.

Such is the work of Florida racer Anthony Palladino, who explained in a YouTube video uploaded by Holley that he used to race a C5 Corvette, but wanted something more distinctive. Enter a 1969 Datsun 2000, for which he built a tube chassis designed to fit some of the proven C5’s major mechanicals—its subframes, suspension, and drivetrain. In the C5’s case, that means the famous 5.7-liter LS1 V8, coupled to the rear wheels by way of a six-speed manual transmission.

While the LS1 is already a terrific race engine at its stock power level of around 350 horsepower, it’s even better in the Dirty Datsun where it benefits from forced induction. Specifically, a bolt-on Holley STS turbo kit, which is advertised as being good for 620 horsepower at the crank. It’s not clear if the Datsun makes those full 620 HP, but it’s not exactly short on power regardless.

Palladino and his Datsun were one of the highlights of LS Fest Texas at Texas Motor Speedway in June, where they contested the Grand Champion autocross event. They don’t appear on the winners’ page, so it doesn’t appear they took gold, but anyone willing to build and race something this weird is a winner just for showing up. I award you a gold star, and yes, we can go out for ice cream later.

The post This ‘Dirty Datsun’ 2000’s Secret Is a Tube Frame and Turbo Chevy Corvette Power appeared first on The Drive.