This Fiat 500 EV Prototype Can Drive Without Using Its Battery 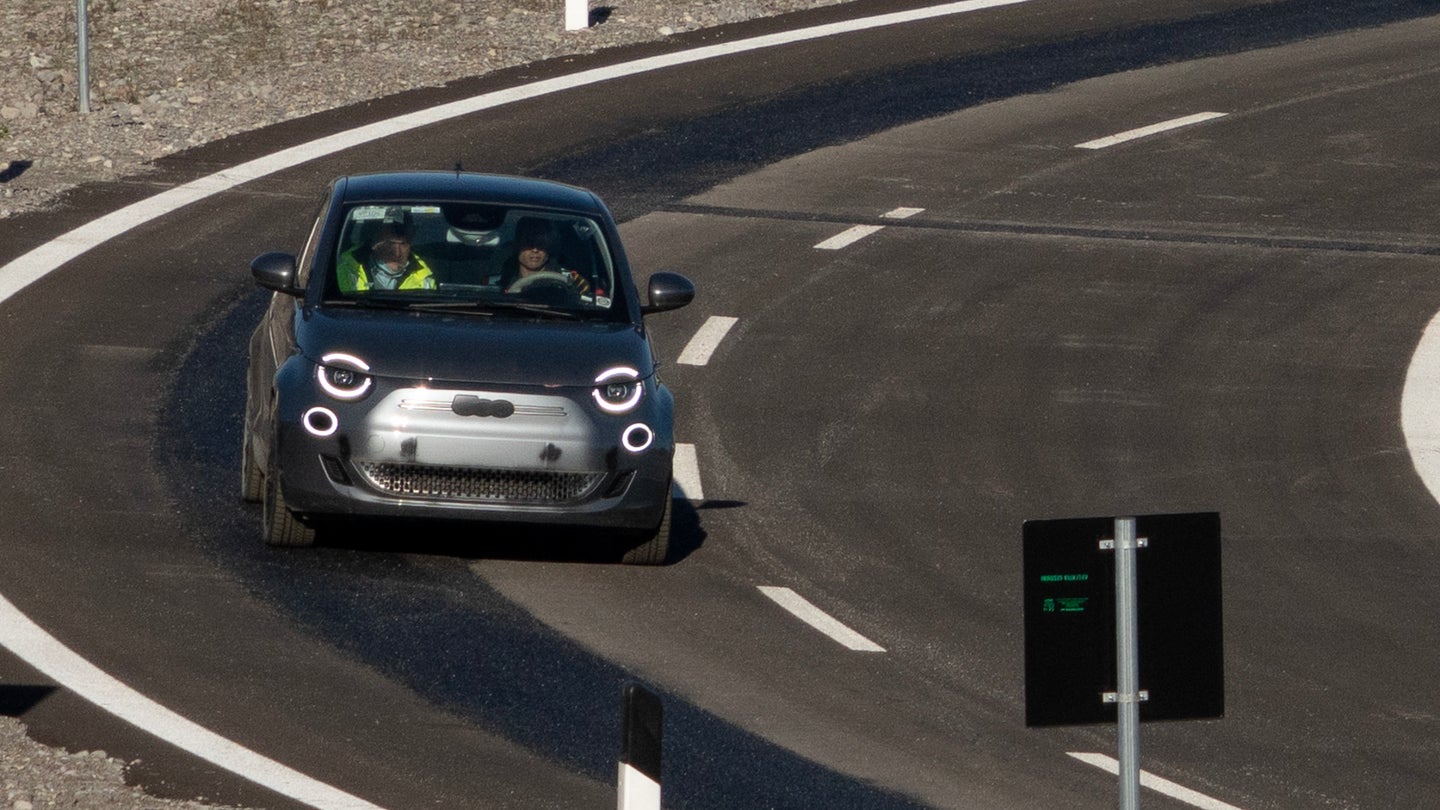 Wireless inductive charging for electric vehicles has been around for several years but it’s never been particularly effective. It’s mostly slow and limited to simply charging cars overnight in owners’ garages. The only real benefit was the convenience of not having to plug the car in. However, Stellantis and its partners are working on a wireless charging system, Dynamic Wireless Power Transfer, that may be more practical.

DWPT works by using coils positioned under the pavement to wirelessly send energy through the asphalt to the car while it’s moving. That sort of tech isn’t all that new, but the way Stellantis is implementing it is. Instead of wirelessly sending power to the battery, slowing charging it up, the coils send power to a receiver attached to the electric motor itself. So the DWPT charging coils directly power the electric motor, saving the battery’s energy.

To show off the new tech, Stellantis has a functioning DWPT system at its “Arena del Futuro” circuit in Chiari, Italy, where it can drive a Fiat 500 EV at highway speeds without using the battery at all. Stellantis doesn’t give too many specifics, such as any speed or throttle limitations, but it does say that tests show a comparable power transfer speed to DC-fast chargers. Although it also doesn’t say which sort of DC fast chargers it’s comparing DWPT to, as that could be anything from 50-kilowatt to 350-kilowatt speed.

Much like fast chargers, DWPT uses DC charging, which means it doesn’t convert energy from DC to AC. Without that conversion, Stellantis can use thinner cables, which are made from aluminum rather than copper, making them lighter, cheaper, more sustainable, and more recyclable.

At the moment, Stellantis only has a Fiat 500 EV that works on the DWPT-equipped test track, however, a Maserati Gracale Folgore will be equipped to use the “Arena del Futuro” as well, which will continue to provide data. The Folgore will be the beginning of Maserati’s plan to have an entirely electrified portfolio by 2025 and it’s possible all such models could have this new tech.

Adapting current road infrastructure to this sort of technology would be a herculean task but it might be useful in some limited capacities, such as on certain highways or even for public transportation, such as electric buses. While wireless inductive charging is a bit gimmicky for home use, as it simply charges slower than a plug and can be picky about where you park the car over the charger, using the tech to instead directly power the electric motor while driving could actually be helpful if the tech can continue to develop.

The post This Fiat 500 EV Prototype Can Drive Without Using Its Battery appeared first on The Drive.