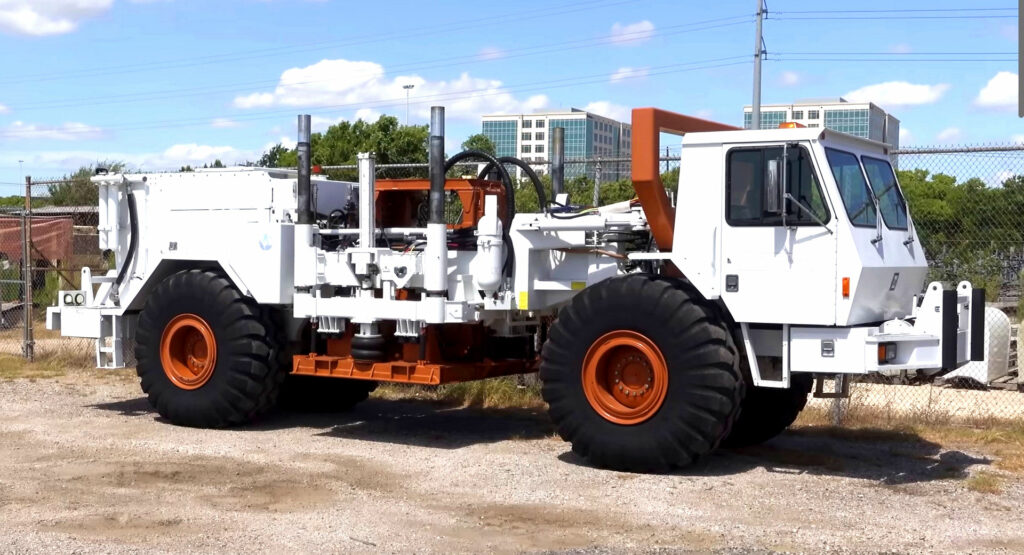 Automobiles have been used to do many wonderful things, but sometimes their uses can still be surprising. This truck, for instance, has been designed less to move people than to move the ground.

Affectionately called the T-Rex by the team at the University of Texas that operates it, the Large Mobile Shaker, to use its real name, is a big ol’ truck that can deliver up to 27 tonnes of force to the ground at 30 times per second.

According to Tom Scott, who filmed the T-Rex in action, at its lower settings it feels like a small earthquake moving the ground underfoot, making everything feel a little uneven. That’s just at the highest level they’re allowed to use it on campus, though.

Read Also: South Africa’s Insane Paramount Marauder Is Back And Better Than Ever 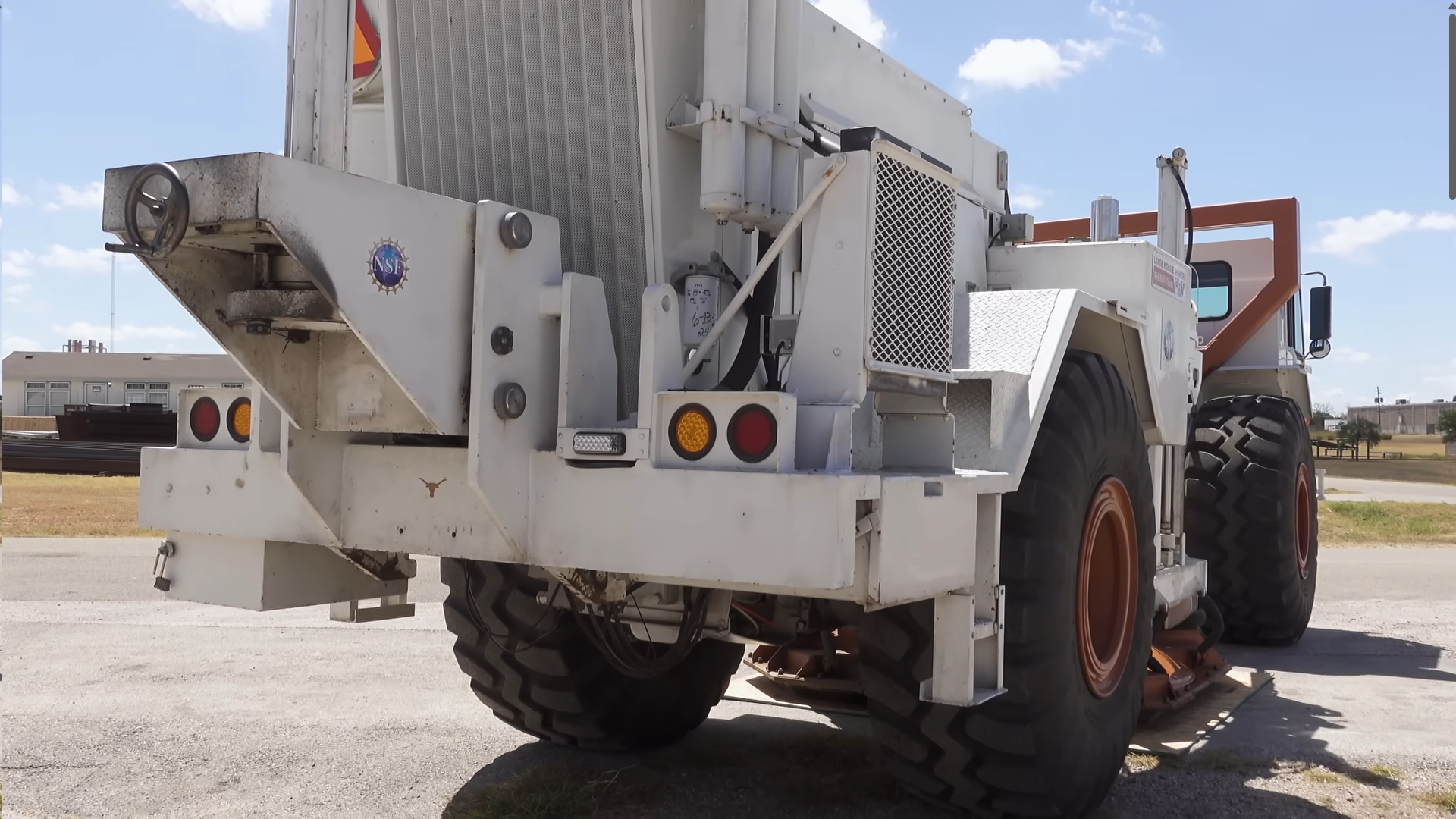 According to Ken Stokoe, a professor at the University of Texas, the T-Rex was once accidentally set a little too high at the UCLA campus and its impacts on the ground were so powerful that students actually ended up running out of a nearby building in fright. “That got us in trouble,” says Stokoe.

Named after the scene in the Jurassic Park where the steps of a tyrannosaurus rex’s approach can be seen in the ripples in a water glass, the T-Rex is designed to shake the ground in much the same way. It is used to discover how well the earth in a given spot will stand up to an earthquake. That’s useful when buildings are being built.

In addition to the shaker, the machine can also bury sensors underground to measure how waves of force with travel through the ground. That’s enormously important for buildings like power plants, for which earthquake design is critical.

“We could evaluate the stiffness profile down to a half a mile with no boreholes,” said Stokoe. “That is really a true accomplishment and a very, very addition to the addition of the design of the plant.”