This Hitch-Mounted Tire Bead Breaker Is Working Smarter, Not Harder 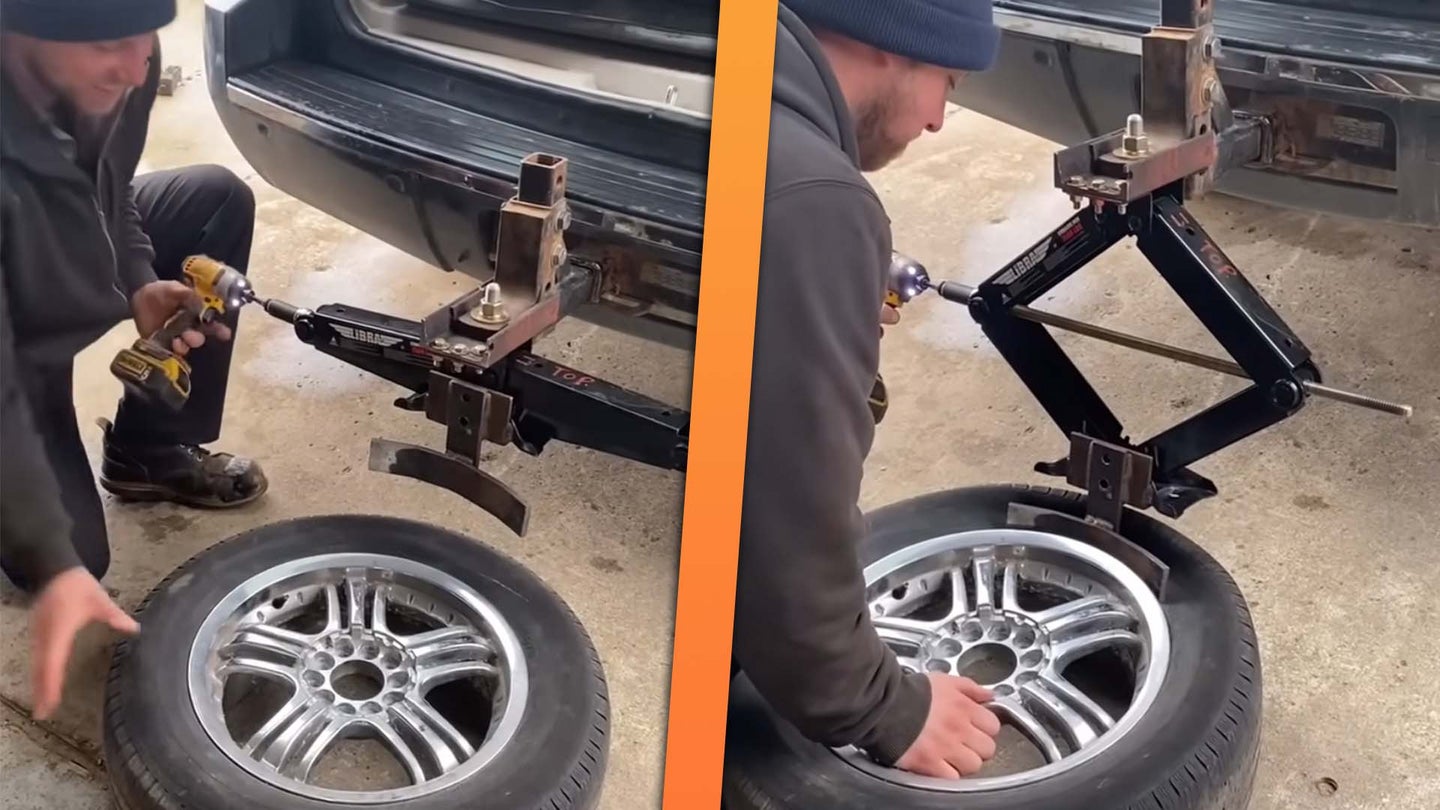 Not everyone wants to spend Snap-On money when it comes to specialized tools, and really, who can blame them? If you can make it yourself, you might as well. That’s the modus operandi of Mr. Brian Butterworth, who used some scrap metal and an RV jack to craft his own hitch-mounted tire bead breaker.

It’s an amusingly simple concept that works as well in practice as it does in theory. It slots into the receiver hitch of his family’s SUV, which provides enough heft and leverage to break a depressurized tire off its bead. It’s accomplished with the help of a jack that bolts through the top and is operated by an electric impact wrench that’s super portable.

“This is the second time I’ve built this,” Butterworth tells me. “I broke the first scissor jack I built it with but [for] this one, I bought a 7,500-pound RV stabilizer jack.”

I’m impressed by how little time and money it took to build, considering you can get a pair of the Libra RV jacks for $75 and still have a spare. There are some actual tire bead breakers for sale on Amazon that cost around $85, but you’ve got to clamp down on the wheel itself with those. Butterworth’s works more like one you’d see at a professional tire shop, where the shovel depresses the sidewall without damaging the lip of the wheel.

Once the tire is properly positioned, it takes a 20-volt Dewalt impact around 30 seconds to spool up the jack and break the bead. That time could probably be shortened by an even more powerful driver, but then again, the point is to save money, not spend it.

It feels like a stretch to say this would come in handy all the time, but the internet is blown away by it nonetheless. Butterworth’s contraption has attracted 8 million views on YouTube Shorts, more than 6 million views on TikTok, and hundreds of thousands more on Facebook to boot. If he keeps it up with inventions like these, then who knows, maybe he can buy Snap-On and not feel bad about it.

The post This Hitch-Mounted Tire Bead Breaker Is Working Smarter, Not Harder appeared first on The Drive.