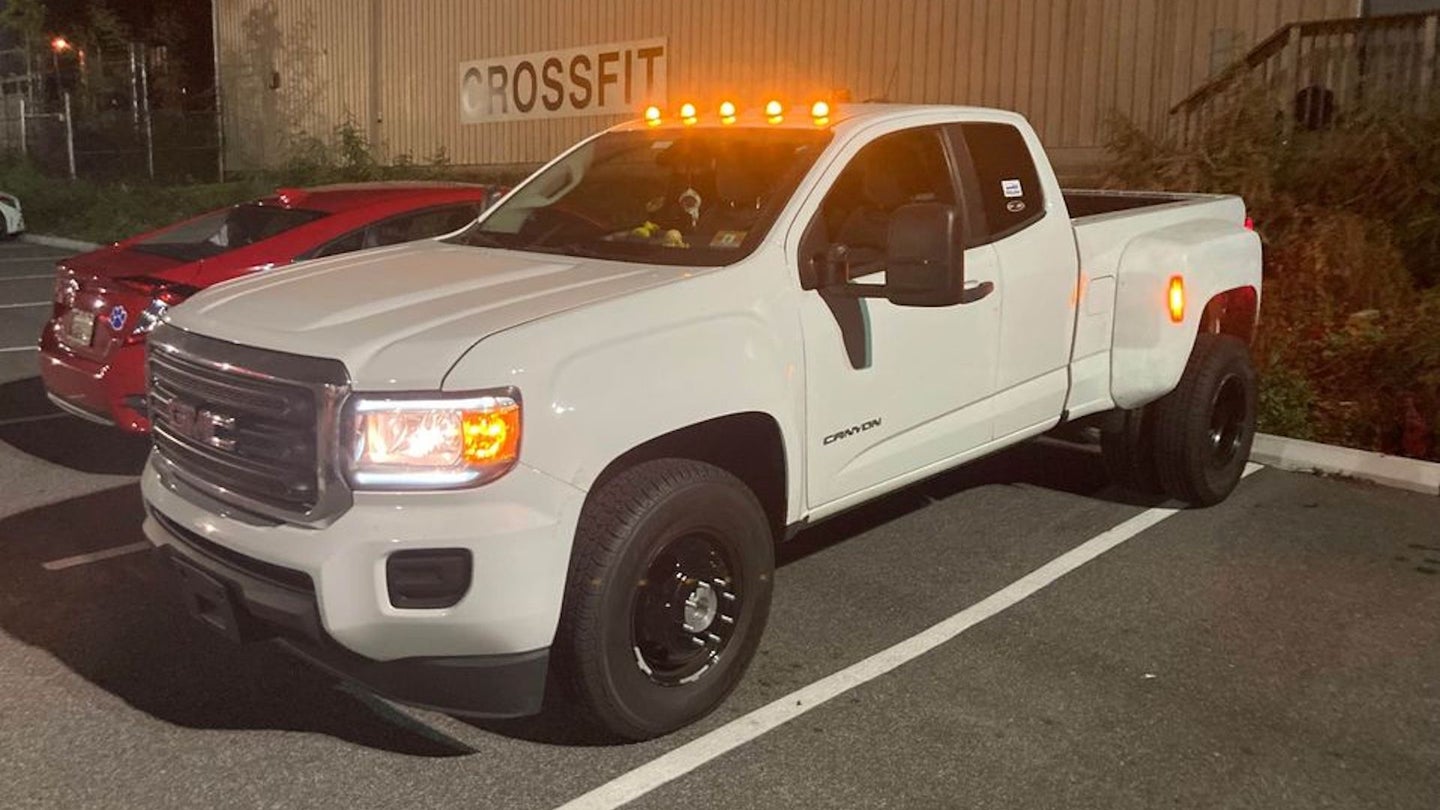 Dually pickup trucks exist for a specific purpose: To haul or tow huge loads. They aren’t really available outside of heavy-duty trucks for that reason, though some people do dually conversions just for the hell of it. Building one wrong, though, could ruin your vehicle, as the owner of a GMC Canyon discovered before giving up and selling his one-of-a-kind baby dually.

Listed for sale on Facebook Marketplace is this 2016 GMC Canyon extended cab with a homemade dually rear end complete with flare-side fenders. With only a 2.5-liter, naturally aspirated four-cylinder under the hood, it makes just 200 horsepower and 191 pound-feet of torque—not much at all for a tow rig. You’re probably wondering why the owner did this to his truck, and it looks like he is too. He says outright in the listing that the conversion was “a terrible decision” because “it vibrates at high speed.”

Talking to The Drive, the owner explains that he embarked on this project after seeing dually Ford Ranger and Chevy Suburban conversions on the internet. Because he couldn’t find anyone who had built a dually Canyon before, he had to work out how to make one himself. However, because he said he’s “not a professional mechanic,” that didn’t mean upgrading to Sierra HD axles or anything. No no, just some hub-centric eight-lug adapters and some wheels off of eBay. As a result of these shortcuts, says the owner, “there are many problems with it.”

They didn’t go over the full list with us, but as outlined in the ad, the truck vibrates at speed for reasons that seem obvious. The owner says it did that before, though, and that their mods just made the problem worse. Because they drilled holes in the fenders to fit the flares, they say they’ve “ruined” the body too. Between this and a prior accident, that makes this truck worth little despite having only 95,000 miles on the clock. They’re asking $7,500 for it in hopes of recouping at least some of the cost.

“I don’t want to spend more money on this truck,” says the owner, who advises people not to buy this GMC unless they’re sure they can fix it. Clearly, the best course of action is to revert it to stock, then track down and fix the vibration. As for the dually job, it never really served a purpose on this truck. Even if it had made the rig more capable in theory, it wouldn’t have been legally allowed to carry more than the factory rated it for. In turn, you’re better off getting a full-size truck in the first place.

The post This Homemade GMC Canyon Dually Wasn’t a Great Idea, So Now It’s For Sale appeared first on The Drive.