This Insane Ford Mustang GT-Zimmer Mashup Is for Sale, and It’s Glorious 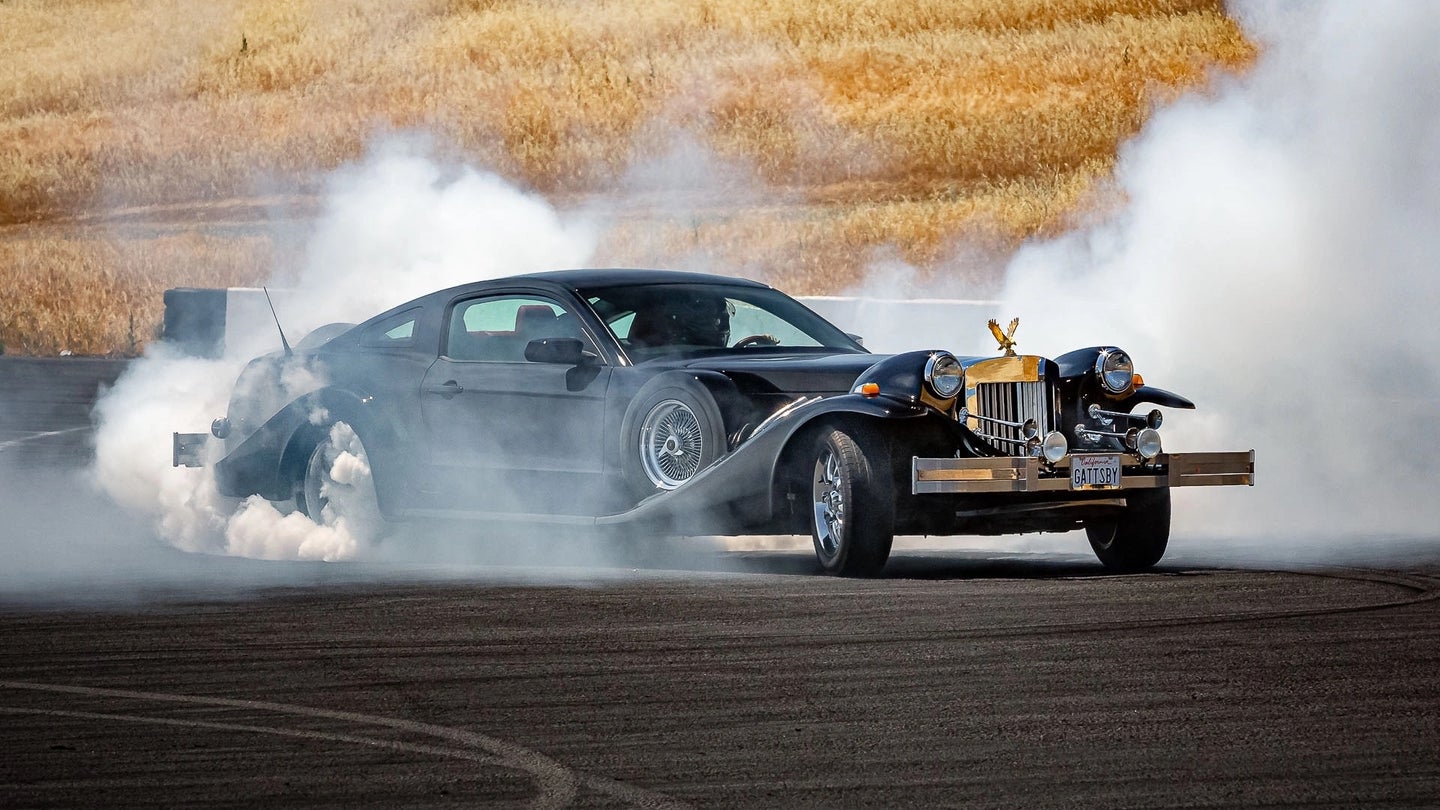 Drift cars these days are always the same thing; Nissan Zs, Toyota 86s, and BMW something-or-others. It’s about time someone brings along something really weird, and there’s almost nothing that fits the bill better than the Ford Mustang-based Zimmer Golden Spirit—one of which is currently for sale on Bring A Trailer.

Zimmer, for those unfamiliar, was (and maybe still is) a company that specialized in neoclassic, pre-depression-inspired cars based on contemporary vehicles. Since Day One, its bread and butter have been the Golden Spirit, typically a Mustang-based coupe, though they’ve apparently been built from Lincolns too. With Zimmer sticking around for at least some four decades, from the late 1970s to the late 2010s, there have been Golden Spirits built from everything from fox body to S197 Mustangs, like the 2011 GT-based Spirit you see here.

Turning a Mustang into a Golden Spirit is mainly a matter of re-bodying the pony car, with a lengthened wheelbase to fit the proportions of the early 20th-century cars that inspired it. Under this example’s hood remains a stock powertrain, consisting of a 5.0-liter Coyote V8 that makes 412 horsepower and 390 pound-feet of torque. They’re sent through a six-speed automatic transmission to a limited-slip differential-equipped live rear axle, as this was before the Mustang adopted independent rear suspension with the outgoing S550. The suspension and disc brakes are said to be all stock, though the wheels are 18-inch aftermarket units.

So, it’s all mechanically still Mustang, and legally too, as this car’s still titled as a Ford. Contrary to the reputation of Mustang drivers, however, this Zimmer is said to have a clean Carfax and California title. That means we know the chassis is straight, and good enough for conversion into a drift car. That may sound silly until you consider that the live axle makes the rear easy to kick out, and its long wheelbase, easy to hold slides. It’d get even easier if you install a steering angle kit, which a quick search reveals aren’t that expensive for S197 Mustangs.

If any of you are down to take my bad advice, you can bid on this car at its Bring A Trailer listing, which is set to end Oct. 13. It’s already at $3,500, and will surely be driven further upward by the small, yet dedicated circle of Zimmer enthusiasts. Or by me, as I’m always on the lookout for ill-advised 24 Hours of Lemons entries. Think you’ll allow me a budget exemption for this one, John?

The post This Insane Ford Mustang GT-Zimmer Mashup Is for Sale, and It’s Glorious appeared first on The Drive.