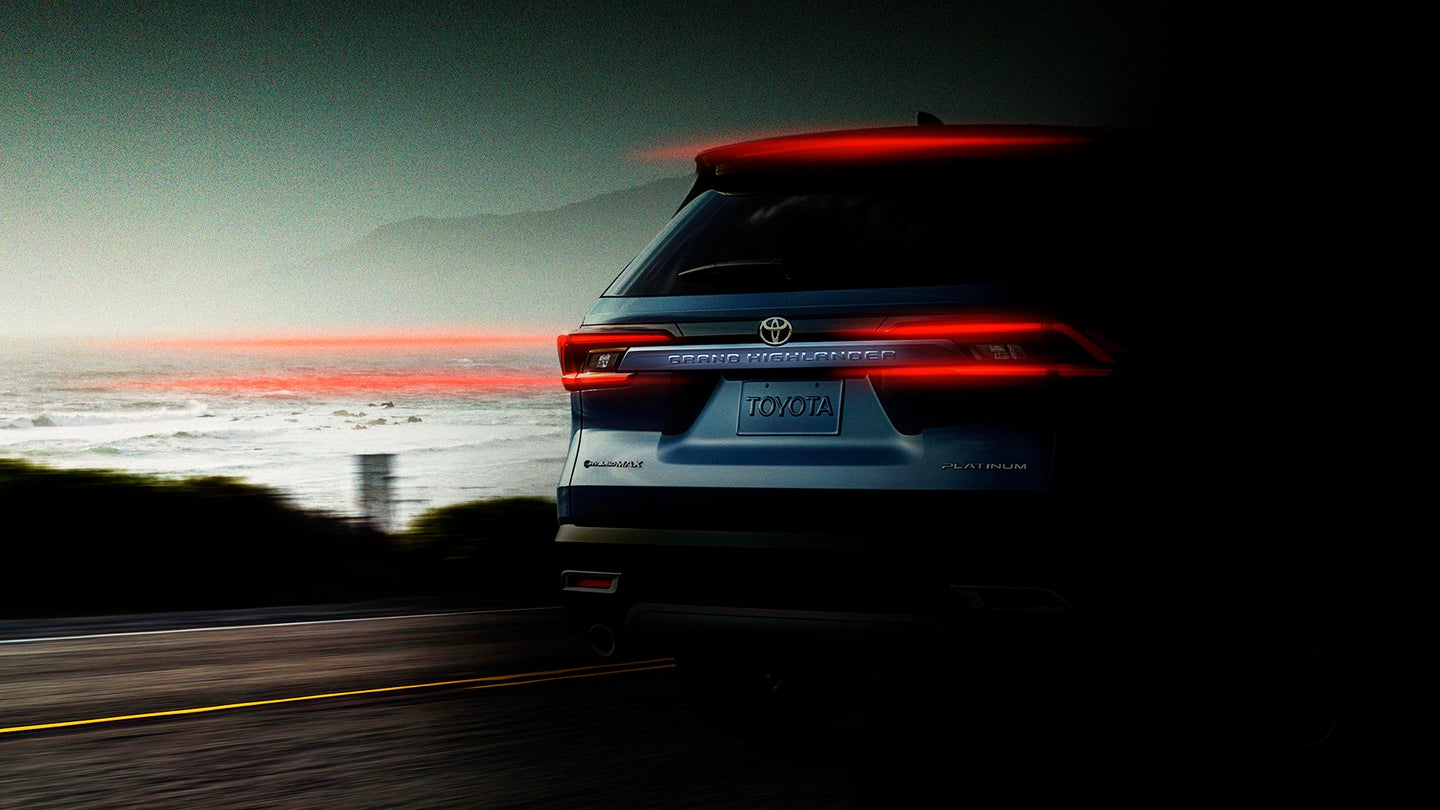 Anyone who follows automotive trademark filings will have seen this coming, but Toyota has confirmed the existence of a bigger version of its three-row crossover called the Grand Highlander. The company legally called dibs on the name last August. It’s even released a very dark teaser shot of the rear end before the vehicle is fully revealed at the Chicago Auto Show in February.

A little surprisingly, the Grand Highlander’s stern looks to be quite a bit different from the back of the regular Highlander. First off, the taillights are less squinty, sporting parallel LED signatures while the bottom of the liftgate itself looks a bit more sculpted. “Grand Highlander” badging now lives big and proud on the center license “mustache” instead of down and off to the side.

Here, take a look at it alongside a similar angle of the regular Highlander.

Look closely and you’ll spot a “Hybrid Max” badge, which tells us that the new ‘Yota SUV will rock the same performance-oriented hybrid system as the new Crown sedan. In that car, it’s a 2.4-liter turbo-four paired to an electric motor for a total system output of 340 horsepower and 400 lb-ft of torque.

For 2023, Toyota gave the regular Highlander a new turbocharged engine that’s definitely made it more efficient but, as Weekend Editor Nico DeMattia found in our First Drive, a little less refined. Hopefully the Hybrid Max powertrain—along with those presumably bigger quarters—will make the Grand Highlander the Highlander to have.

The post This Is the Upcoming 3-Row Toyota Grand Highlander’s Bigger Rear End appeared first on The Drive.