Sadly, the world we live in requires that some people ride around in heavily armored vehicles but the good news is that we get to enjoy seeing those vehicles tested. Today, INKAS has announced that its 300-Series Toyota Land Cruiser has just received VPAM VR7 certification. Here’s what that means and what it looks like when you detonate 15 kg (33 lbs) of TNT next to this beefy SUV.

VPAM is a ballistic vehicle resistance standard developed in Germany and VR7 signifies that the vehicle in question can withstand 7.62×51 as well as 5.56×45 rounds. This particular vehicle went through much more than simple ballistics testing. In total, it survived more than 780 rounds of ammunition from various calibers.

In addition, INKAS achieved a Level 2 STANAG4569 certification, a standard set by NATO for the protection of occupants in logistics and light armored vehicles, partially through serious explosives testing on the vehicle. Six roof-level grenades, four under-body grenades, two land mines, and the aforementioned TNT were all detonated and unable to penetrate the cabin.

Read Also: This Armored Cadillac Escalade Will Cocoon You In Luxury 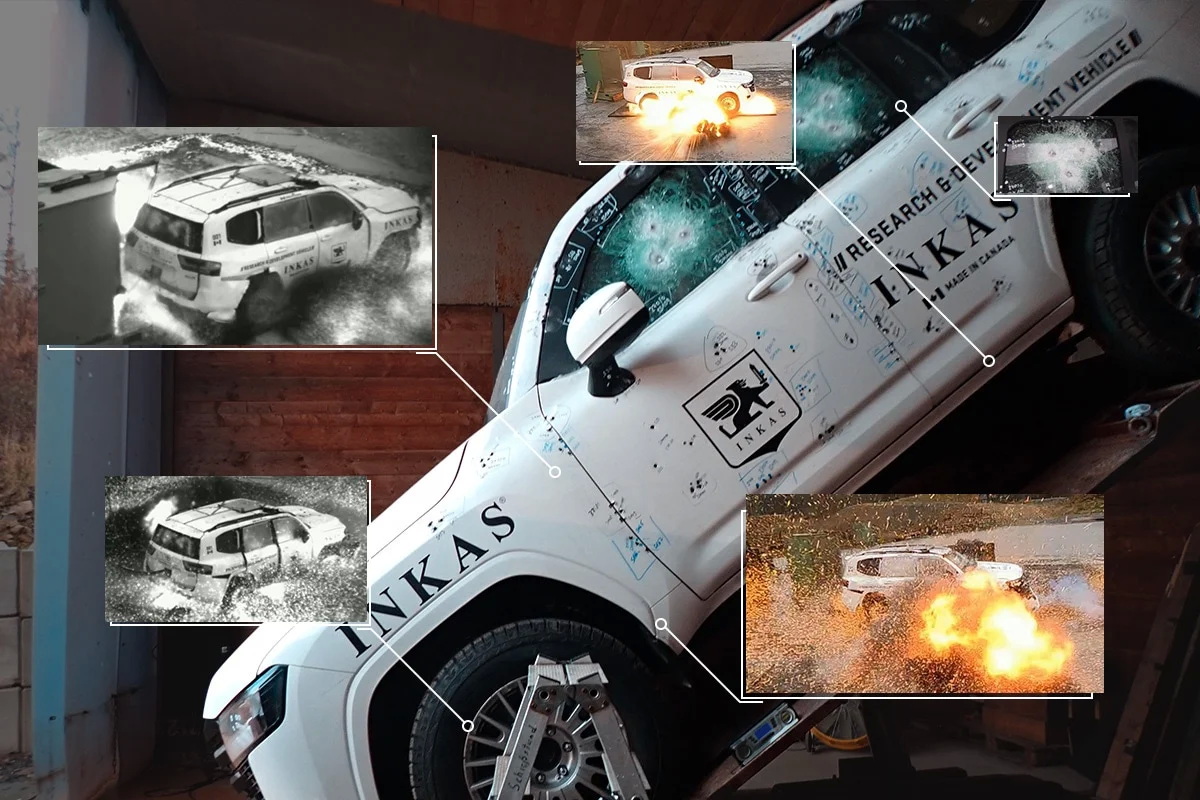 “We’re excited to demonstrate the high level of ballistic resistance of INKAS® vehicles,” said Margarita Simkin, co-founder, and chairwoman of INKAS. “VPAM is the gold standard in testing the design and construction of armored vehicles, and this certification is a validation of the level of expertise of our engineering team and the cutting-edge manufacturing techniques that enable INKAS® to meet its exacting standards.”

The testing seen in the video is truly impressive and that’s to say nothing of the luxurious interior of the Land Cruiser itself. Despite having a ton of extra parts that serve as protection, the cabin itself still looks cushy and spacious. The only real exterior giveaway that this is an armored vehicle is the escape hatch seen on the roof.

Of course, there’s a lot more that goes into making a car this literally bulletproof. Ballistic glass is just the start as an armored bulkhead sits at the rear of the SUV. The fuel tank, ECM, brake booster, and battery all get protection from attacks as well. This is truly one of the most reliable and, well, bulletproof Toyotas anyone could ever own.