This Old Murray Lawnmower Is Hiding a Thumping 5.3-Liter LS Motor Under the Hood 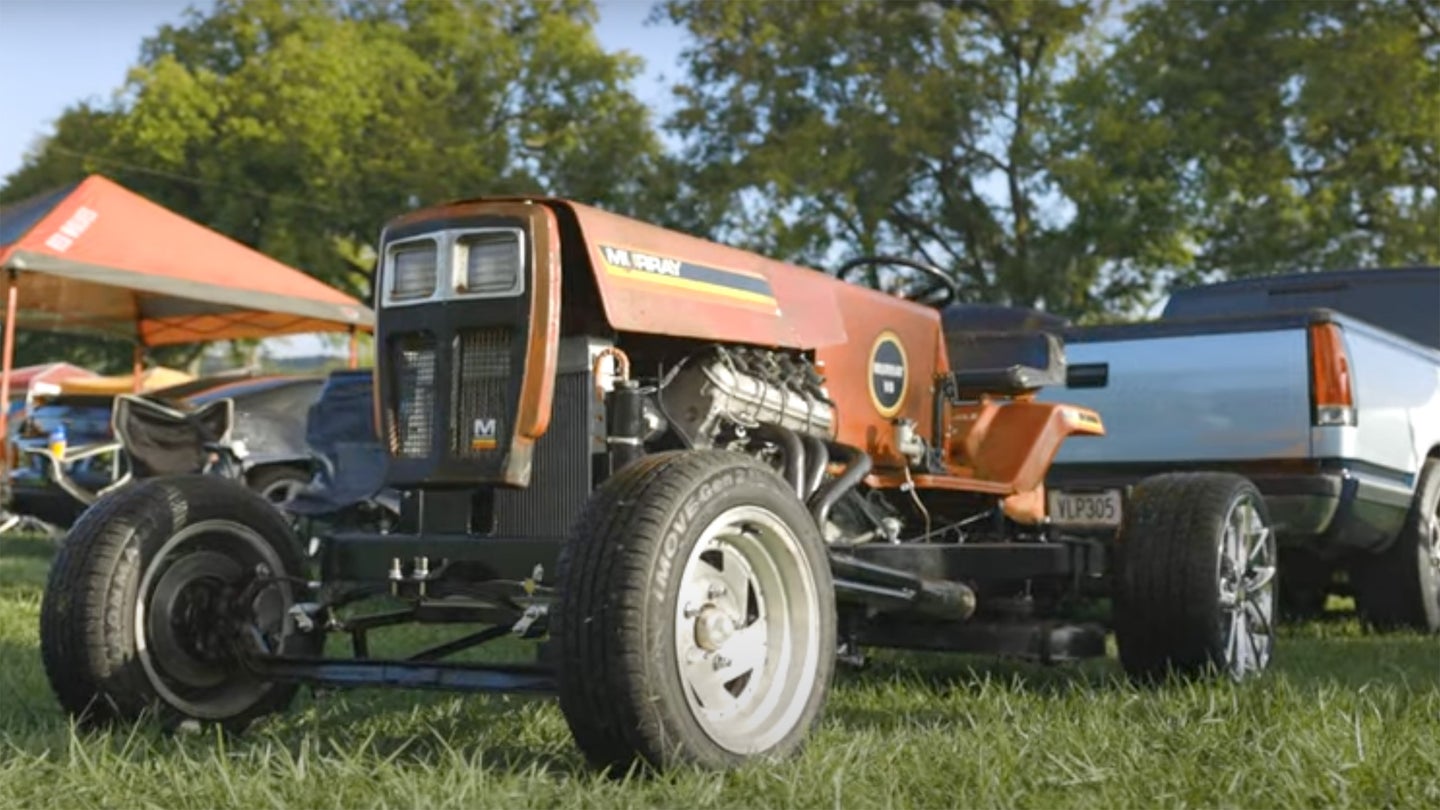 When Tyler Fenwick’s family lawnmower sat unused in their backyard for a few years, there wasn’t a lot to do with it besides letting the grass grow on—and around it.

Then a 5.3-liter LS from a Silverado pickup came along and a solution presented itself, according to Tyler. Both Tyler and his father spent several months shoehorning the big Vortec 5300 into the Murray lawnmower frame, complete with a radiator, alternator and steering setup. The small LS wonder can burn out in the grass but can’t yet cut it. That’s because the family disengaged the blades (although they’re still present on the mower) and the deck control is now used as a shifter. The high-po mower has throttle, brakes and stellar looks, not to mention a burbling rumble at idle.

In the video above, Tyler walks us through the intimidating mower and takes it for a spin. He admits the steering is a little “sketchy,” which is probably why they’ve only tuned it up to about 25 mph in the grass. He assures us that there’s still more to come, including a potential cam job that would only make the LS sound even throatier when it’s trundling through open fields at untold speeds.

There are certainly plenty of high-speed lawnmowers in the world, but this one screams muscle and authenticity. Just look at that well-earned patina.

Take a look at the video and enjoy the soundtrack. While General Motors’ everlasting LS motors can fit in just about anything, it’s great to know they’re also able to be dropped into myriad applications including Subaru Foresters, Mazda sedans, Saturn Sky convertibles, Bobcat skid steers, Teslas, Plymouth Prowlers, Volvo 240s … you can see where we’re going with this. Backyard equipment seems like a natural fit, too. What about a food disposer? We’re just spitballing ideas, really.

The post This Old Murray Lawnmower Is Hiding a Thumping 5.3-Liter LS Motor Under the Hood appeared first on The Drive.