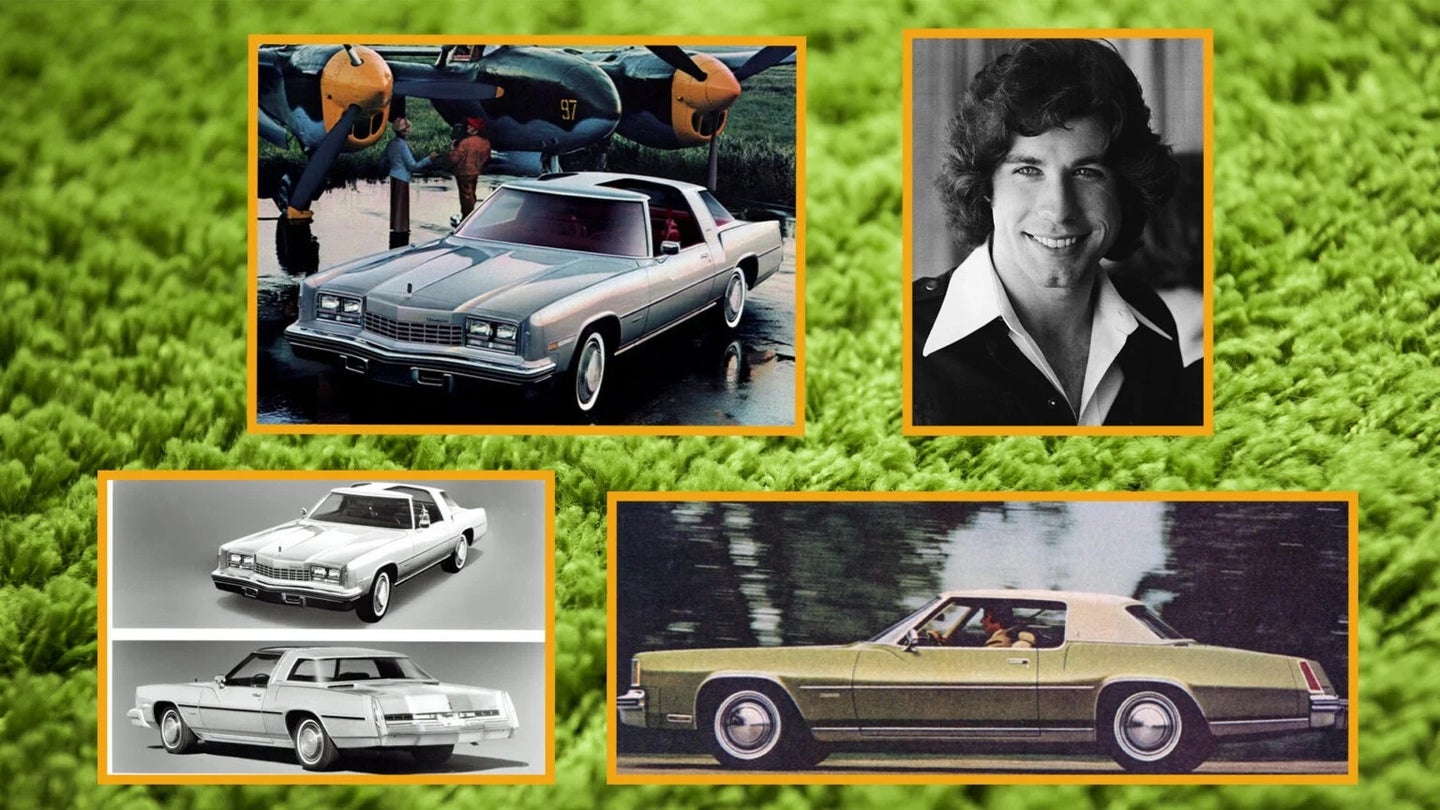 Most Malaise Era cars are widely regarded as some of the cringiest, lamest automotive creations in American automotive history. Europe still makes fun of us for them, and we deserve it; their choked powerplants were a tragic response to oil crisis-spurred fuel economy demands, and furthermore, they just weren’t a high watermark of automotive design. If they were, Landau roofs would still be the norm today, and let’s be thankful that didn’t pan out.

But occasionally, a perfect storm of Malaise genius came together to create something truly special. Some cars got some pretty awesome accessories and upgrades that I’d even consider a cool option by today’s standards.

The 1977 Oldsmobile Toronado XSR was peak Malaise. This was a coupe that’s as long as a frigate, weighed as much as an apartment complex and moved as slow as one, and had all the right lines and proportions to scream late-’70s automotive design. It was also one-of-one due to being modified by American Sunroof Corporation (ASC).

ASC was a company known for doing aftermarket sunroof conversions, as well as helping engineer sunroofs for manufacturers, from 1965 until 2017. The specialist primarily worked with American companies back in the day, but they were known to turn out a Toyota Celica or two as well. They were also known for joining in with McLaren at times, even well before McLaren was known for doing anything that wasn’t a Formula One car. Most notably, ASC did something extra special for Oldsmobile: a power-retractable glass T-top in the Toronado XS, dubbed the, get ready for it, XSR!

In addition to its massive 403 cubic-inch V8 that produced 200 horsepower, 4,700-plus-pound curb weight, curved-glass rear window, front-wheel drive, and 227.5-inch overall length, it had what ASC and Olds marketed as a self-storing T-top. On a big coupe that was proudly marketed as having 13 MPG City, 19 MPG Highway fuel economy back in the day. This new and exciting power-retractable T-top business was two glass panels that slid into a center bar via two motors, and on top of each other. All at the press of a button.

ASC put it together as a demo car for Oldsmobile, showing them what could really snazz up an already marketed-as-snazzy cruising cloud.

For the era, this was pretty darn cool. Sure, it was a prototype that lacked proper drainage, and ultimately it was never put into regular production due to its complexity and added cost. Just one working prototype was built, and apparently, it’s been lost in the abyss of American used car sales.

But man, who wouldn’t love a power-retractable semi-convertible? Like a Porsche 911 Targa, but more complex, and quintessentially American. The Corvette was the first to receive this cool piece of open-air fun, the big ol’ Toronado would be a proud follow-up in General Motors’ lineage (though after the Firebird, of course). Kinda. I’m not being facetious, either. I really dig the concept!

Ultimately, various Toronados did actually get the ASC treatment, but it was just in conventional sunroof form; customers bought ’em, then brought ’em to ASC to have a hole cut in the roof. It never became a from-the-factory-floor thing. But again, just a sunroof installation, not this cool-as-heck retractable T-top.

I’m sure all the hype surrounding the XSR led people to seeking out ASC’s services. People got all hot and bothered for fun ways to open up to the outside world while cruising around in their massive, late-’70s land frigates. And hey, sunroof is in their name, surely they’re the best in the business for this kind of modification.

Imagine if the power-retractable T-top had been a common thing from the factory. Maybe it would’ve been a maintenance nightmare? Conventional sunroofs are already a pain in the ass for techs, I can’t imagine this would be easier to wrench on and fix. But still, the character aspect would be immense.

Check out the above walk-around vid of an XS that had a sunroof cut in. And if one shows up on Bring-a-Trailer soon, you may have to fight me for it. I’ll be loaded for bear with Abba and Electric Light Orchestra 8-track tapes.

The post This Oldsmobile Toronado With a Power T-Top Is Malaise-Era Glory appeared first on The Drive.