This Supercharged Audi R8 Has The Perfect Amount Of Power 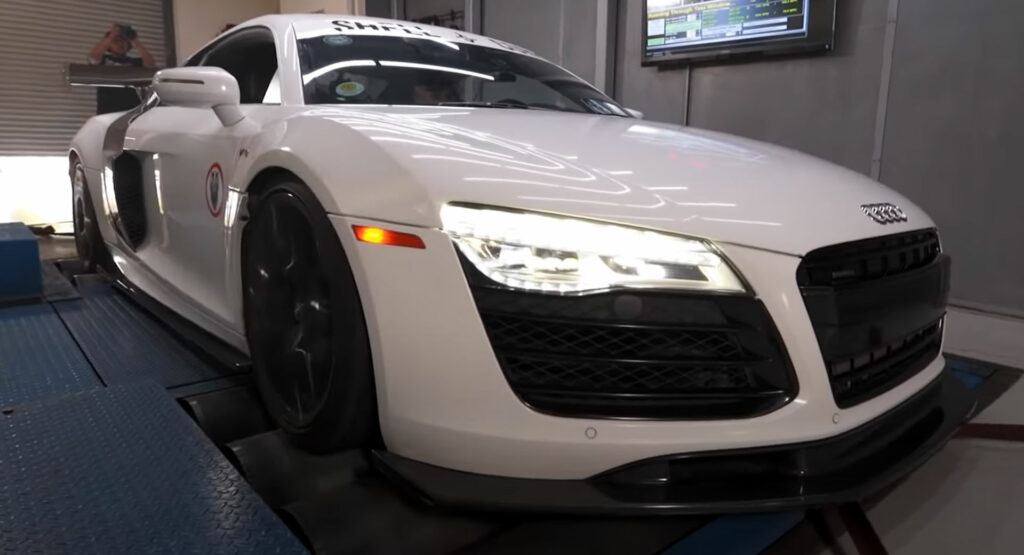 Thanks to its high-revving V10 engine, the Audi R8 V10 will be fondly remembered as one of the finest supercars of the last 15 years, even though it doesn’t come from the most exotic of brands. This R8 V10 is a little more impressive than most.

Obviously not satisfied with how much power the car had out of the box, the owner of this R8 headed to VF Engineering and had them install a supercharger on the V10. Upgrades like these are quite common for the R8 and while they don’t lift power to the stratospheric levels of some twin-turbo packages, adding a supercharger can significantly boost power without impacting drivability.

Read Also: Audi Kills Off The R8 In Australia As Local Engine Tune Is No Longer Produced

This particular R8 is owned by YouTuber Mike Tornabene and runs at 6.5 psi of boost. It is quoted as having between 720 hp and 750 hp at the crank and Hoonigan strapped it to the dyno to see just how much grunt it delivers through the wheels.

Three performance runs were performed and the best figures recorded were 595 hp and 501 lb-ft (680 Nm) of torque at the wheels. As one of the YouTubers mention, it’s easy to scoff at these figures when there are twin-turbocharged R8s and Lamborghini Huracans pushing towards 3,000 hp, as well as all-electric hypercars fast approaching 2,000 hp, but for a road-legal car, 600 hp at the wheels is a lot of power.

The future of the Audi R8 remains uncertain. Over the past 12 months, various rumors have surfaced about the next-generation model with some claiming it will land with a twin-turbocharged V8. However, in late 2021, Audi Sport’s head of product marketing Linda Kurz confirmed that the next ‘R’ model will be all-electric but it remains unclear if it will serve as a direct successor to the R8.