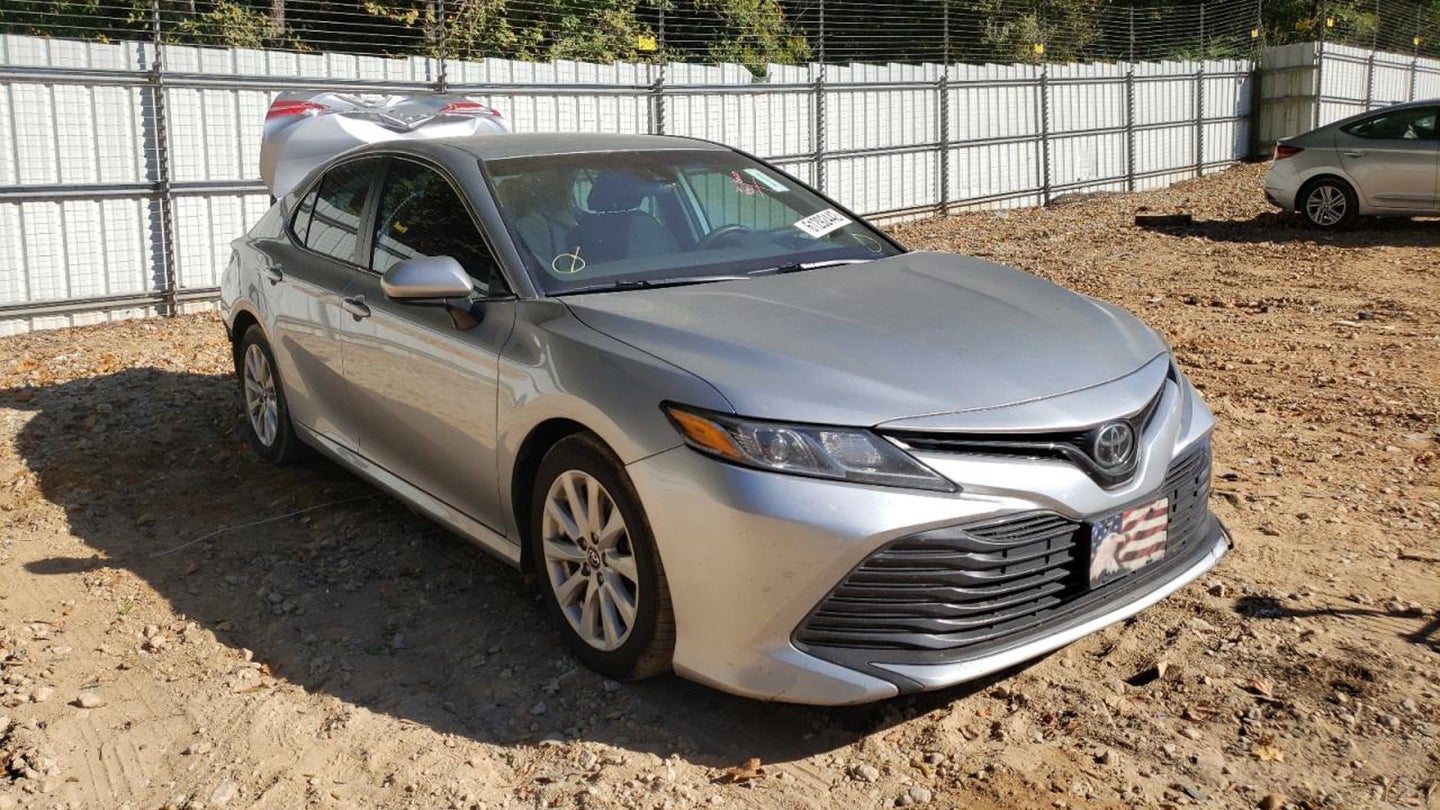 Toyotas have probably the best reputation for reliability in the industry, but 500,000 miles in two years is ridiculous, even by Toyota’s lofty standards. This 2020 Toyota Camry on Copart has exactly 514,611 miles on it and, aside from some rear-end damage, looks like it could put another few hundred thousand on it.

OK, so a car doesn’t just end up on Copart for no reason. To end there, a car needs to have some damage and this Camry was clearly involved in a rear-end crash, which not only tore off its rear bumper but also dented the trunk lid and bent the frame where the trunk lid closes. I’m no auto body repair expert but those are probably expensive fixes. The trunk lid’s pretty easy, it can just be replaced. But fixing that frame section might be a bit more costly. Especially since it was bad enough to earn a salvage title in Georgia.

Few people will want to invest that sort of money into a car with half a million miles but it’s likely going to be cheap to start with. The current bid on the Camry is just $275. I’m of course not advising anyone to buy a salvage title car, especially one with potentially costly frame damage. However, if buying the car and fixing it can keep you under a few grand, it might be worth saving this car and seeing just how many miles it can rack up. Especially since, according to the listing, the car still runs and drives. So there might not be much more work needed outside of fixing the rear end damage. The estimated value of the car with its mileage but without damage is about $9,000.

I would personally be far too chicken to buy something like this and have it fixed. However, someone who has a shop, a personal relationship with a mechanic, or can even do the work themselves but feel like this car is worth the risk. After all, it’s a 2020 Camry, loaded with modern technology, a nice interior, and an engine that’s clearly pretty reliable. While I don’t advise it, it would be cool to see someone save it and hit a million miles in it.

Got a tip? Mail it in to [email protected]

The post This Wrecked 500K-Mile 2020 Toyota Camry Is Just Getting Warmed Up appeared first on The Drive.