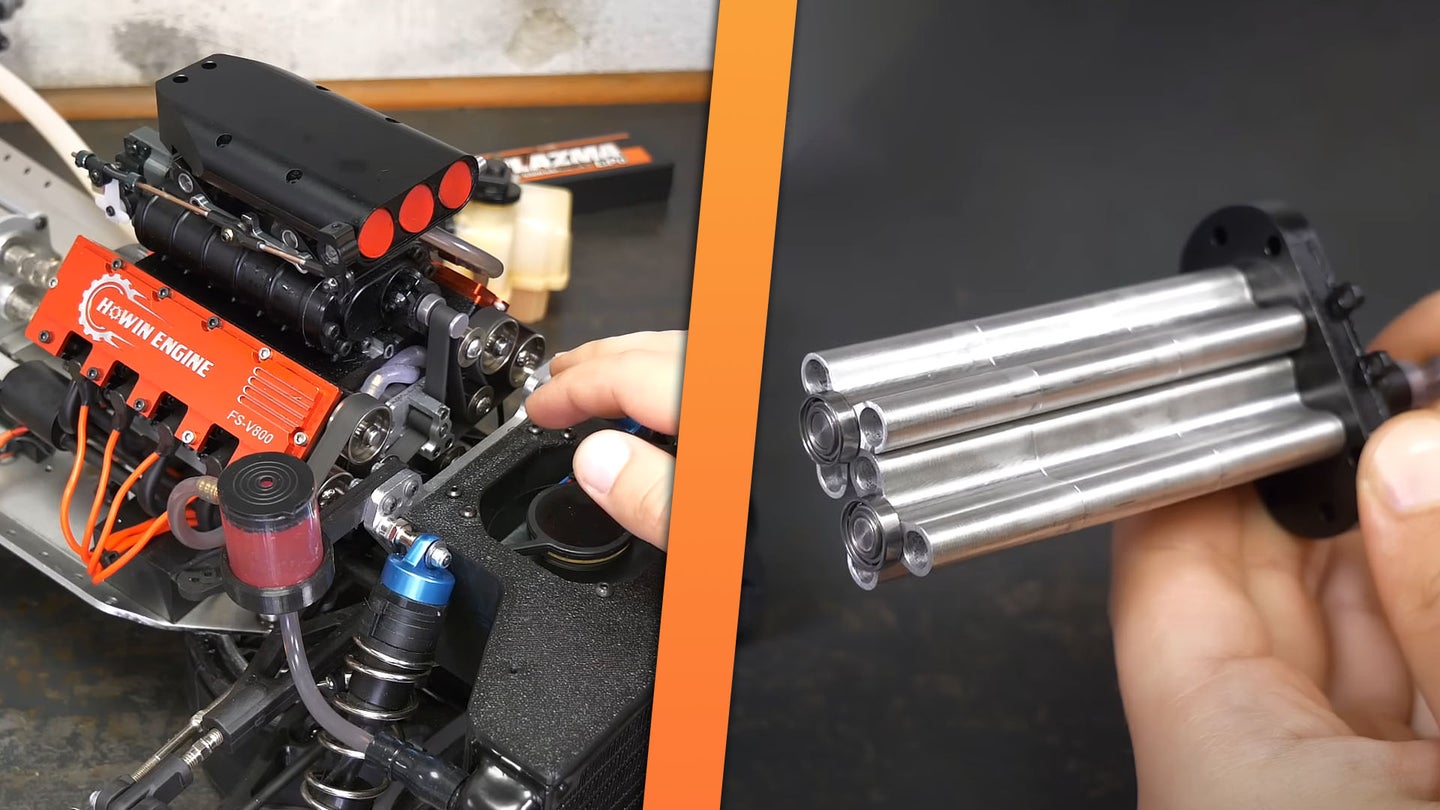 Tiny engines less than 50ccs have been commercially popular for a while now, and they’re growing in complexity. Simple single-cylinder models have given way to inline-four cylinders and even V8s. Following a wave of hobbyists, the manufacturers of these engines are now producing forced induction systems for their machines as well.

One small engine hobbyist on YouTube, JohnnyQ90, has decided to install a roots supercharger on his tiny 28cc V8. It’s offered directly from the manufacturer, Toyan, and designed to fit his engine. Despite this, it does take a bit of modification to get running. It’s rewarding once that happens, though.

It sounds just like a full-size supercharger. The blower itself doesn’t appear to have a gear drive between the two rotors which will likely affect its longevity, but the result of the rotors’ lobes clashing together is a noise very similar to gears meshing on full-size roots. The result is a supercharger whine that sounds like it’s coming from a much larger engine.

The blower is driven directly from the main serpentine belt that spins all of the accessories and the camshafts. As the channel host points out, this isn’t the best setup. Most similar supercharging systems for full-size engines run with a dedicated pulley off the crankshaft. This system could probably benefit from a drive setup like that. Other homebrew setups have also had dedicated drive systems with belts more suited to higher speeds at small scales and they seem to work better.

The other issue is this little engine doesn’t seem to run great with the supercharger hooked up. In short, its crouton-size carburetors probably need to be re-jetted or sealed up better⁠—assuming they have jets and seals. The engine bogs at wide-open throttle, which could indicate several things.

Man, imagine re-jetting a carburetor that small. I think I would rather shrivel up and die!

In any case, it’s very interesting to see forced induction making its way onto small engines like this. Whether or not it’s really worth it is another question entirely. Sure it’s probably best to just purchase a bigger engine if you want more power, but that kind of misses the point of these small models. The whole idea is that they look cool and make cool noises. This one definitely checks those boxes.

The post Tiny V8 With Small Supercharger Works and Sounds Like the Real Thing appeared first on The Drive.