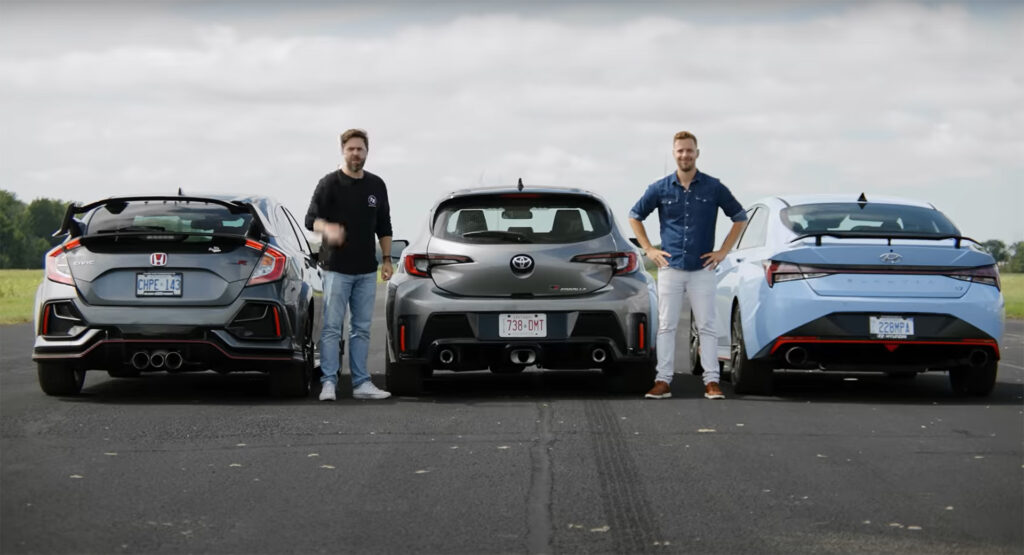 Now that the Toyota GR Corolla has finally arrived in the hands of reviewers, we now get to see just how it stacks up against the hot compact competition. In their latest video, Throttle House decided to compare it against its two main rivals, the Honda Civic Type R and Hyundai Elantra N, to see how it fares.

Read More: The New Toyota GR Corolla Proves Itself On Track Against The VW Golf R

In the drag race, the Corolla pulled away handily and stayed ahead for the entirety of the quarter mile. In the roll race, where the Corolla’s AWD advantage was rendered null and void, it placed second. That being said, it was right on the Civic Type R’s tail despite its power deficit and increased weight.

On the track, the Elantra N did best the GR Corolla, but that was with less weight and stickier tires, and even then it was only 0.06 seconds faster. Both the Elantra and the Corolla were faster than the Civic by around 0.2 seconds, but that was with the outgoing model, so it should be interesting to see how the new one eventually performs.