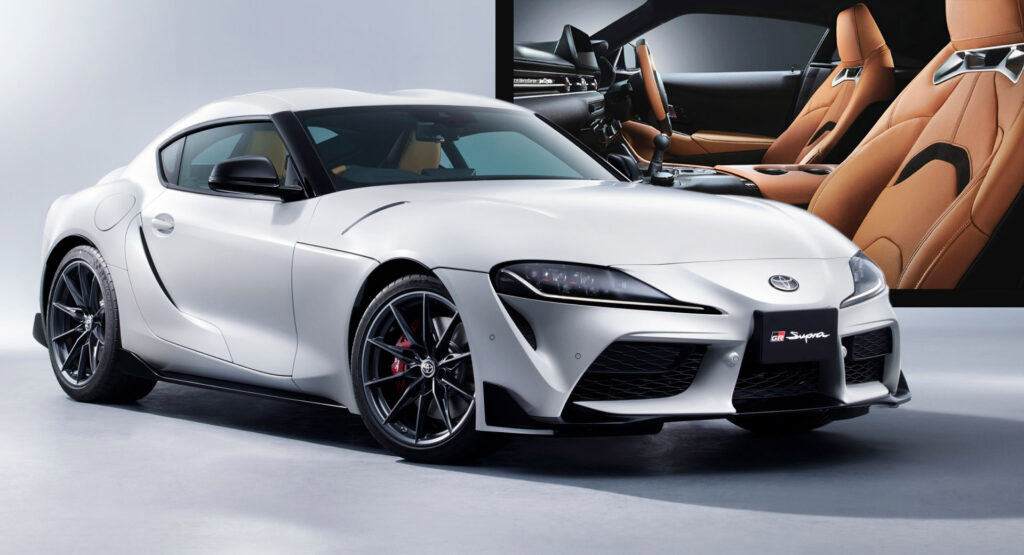 Toyota launched a new special edition of the GR Supra in Japan, called “Matte White Edition”, featuring an exclusive color combination and the newly released six-speed manual gearbox. The model is strictly limited to 50 units for the Japanese market, with Toyota organizing a lottery for the interested parties.

The GR Supra Matte White Edition is distinguished by the Matte Avalance White Metallic exterior shade, combined with black accents on the splitter, side sills, diffuser, mirrors, A-pillars, and intakes, among others. A set of 19-inch forged wheels finished in Frozen Gunmetal Gray is fitted, as well as red-painted brake calipers. This setup looks identical to the 2023 Toyota GR Supra A91-MT Edition offered in the US at a limited production of 500 units. 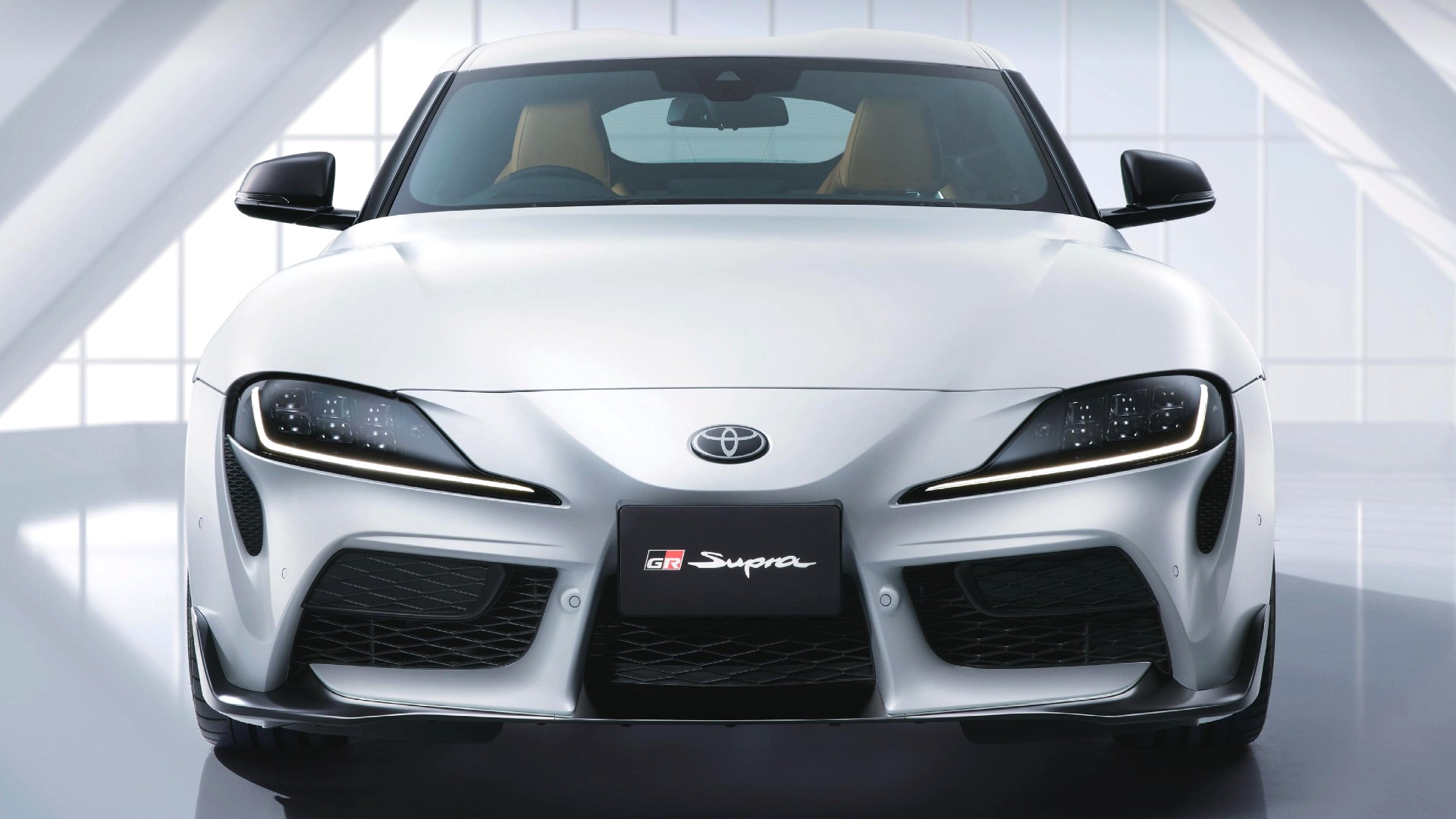 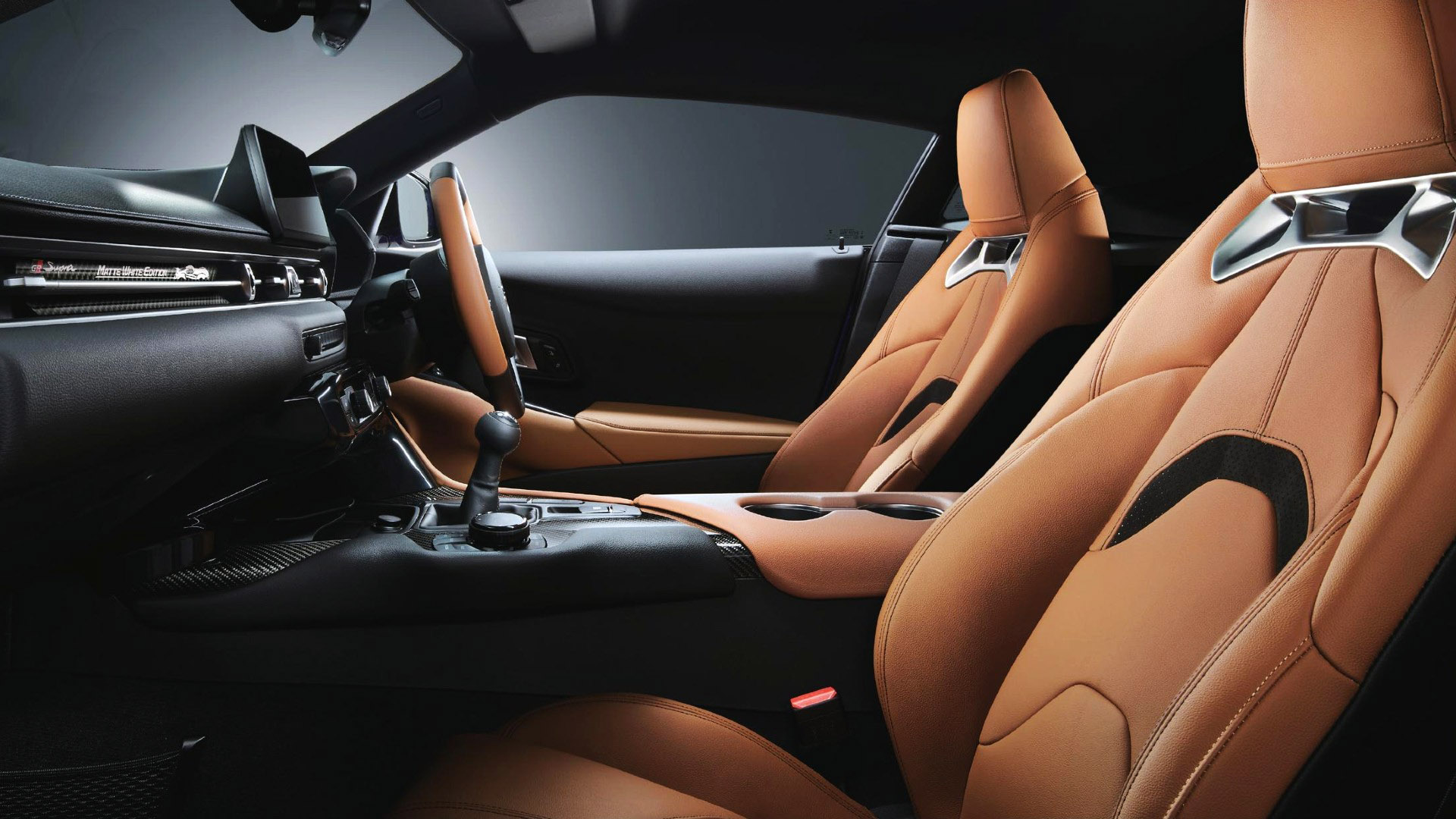 Inside, we find tan-colored leather upholstery for the seats, the lower part of the doors, the steering wheel, and the center console. More importantly, there is a carbon-fiber plate on the dashboard with “GR Supra” and “Matte White Edition” lettering, plus a cool sketch of the sportscar. There’s also matching carbon fiber trim around the six-speed manual gearbox. The special edition is based on the flagship RZ trim level, coming with all the goodies, including a wireless charging pad on the center console, a USB port, the 12-speaker JBL premium sound system, and the 8.8-inch infotainment touchscreen.

There are no changes under the bonnet where the turbocharged 3.0-liter six-cylinder engine produces 382 hp (285 kW / 387 PS). Power is sent to the rear axle through the six-speed manual transmission, while lesser trims are also available with the eight-speed automatic. Model year changes in Japan also include revised settings for the AVS (Adaptive Variable Suspension), EPS (Electric Power Steering), and VSC (Vehicle Stability Control) systems.

Pricing for the Toyota GR Supra Matte White Edition starts from ¥7,890,000 ($57,098), making it ¥577,000 ($4,175) more expensive than the RZ trim despite the fact that the only difference between them is the exterior shade and the special badge on the dashboard. In order to get one of the fifty examples of the limited edition, you’ll need to be lucky enough to be drawn in the lottery, for which Toyota is accepting entries between July 20 and August 21.