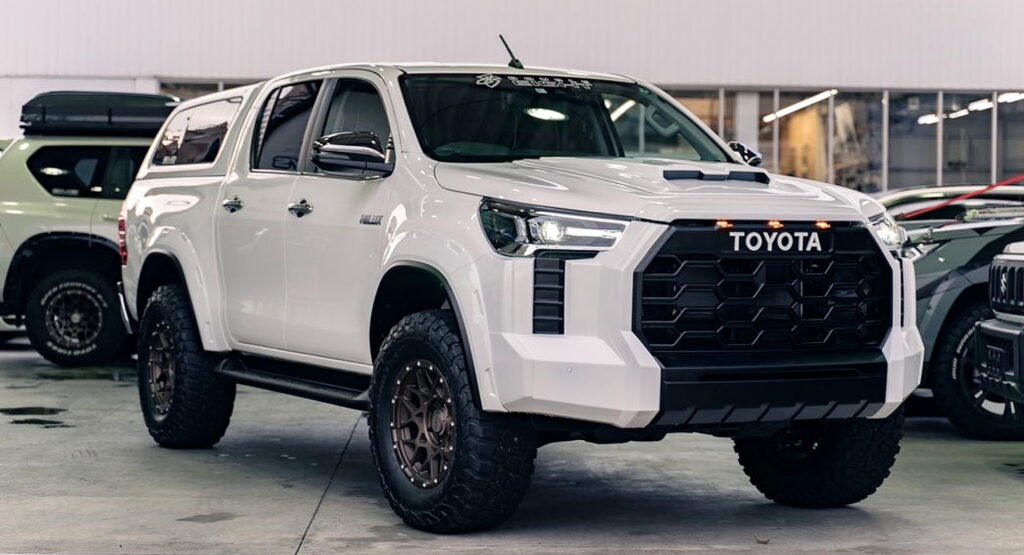 The eighth-gen Toyota Hilux has been around since 2015 and despite two consecutive facelifts in 2017 and in 2020 it has started showing its age in terms of styling. For those who would like a visual refresh, Japanese tuner GMG Double Eight is offering a custom bodykit that makes the Hilux look like a clone of the larger and considerably newer Tundra.

Surprisingly for an aftermarket job, the visual upgrades could be mistaken for another facelift, with the lines of the Tundra looking quite nice on the Hilux. 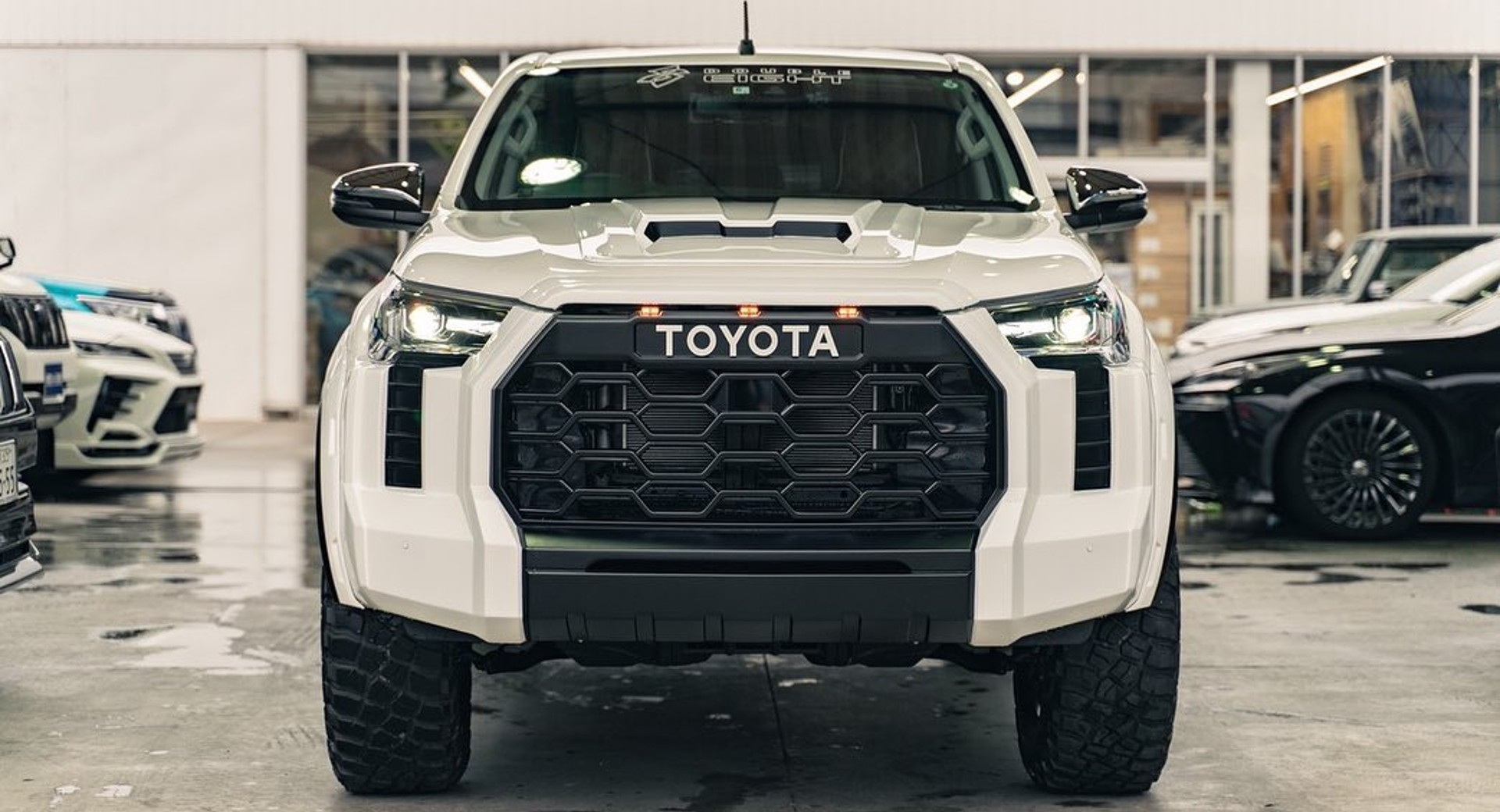 The highlight of the bodykit is the redesigned front fascia, sending Tundra vibes. It includes a massive octagon grille with a honeycomb pattern, a black skid plate, GR-style Toyota lettering, and three yellow marker lights making the Hilux look like a full-size pickup. The new vertically-positioned bumper intakes are connected with the stock headlights, while a cosmetic hood scoop is mounted on the stock bonnet.

The rest of the bodywork remains largely unchanged, with the exception of the wide fender add-ons. Those are body-colored with stamped elements to make them look more rugged. The pictured vehicle is also fitted with a new set of deadlock alloy wheels shod in grippy A/T tires and quite possibly a lift kit, further improving its visual appeal and off-road credentials. 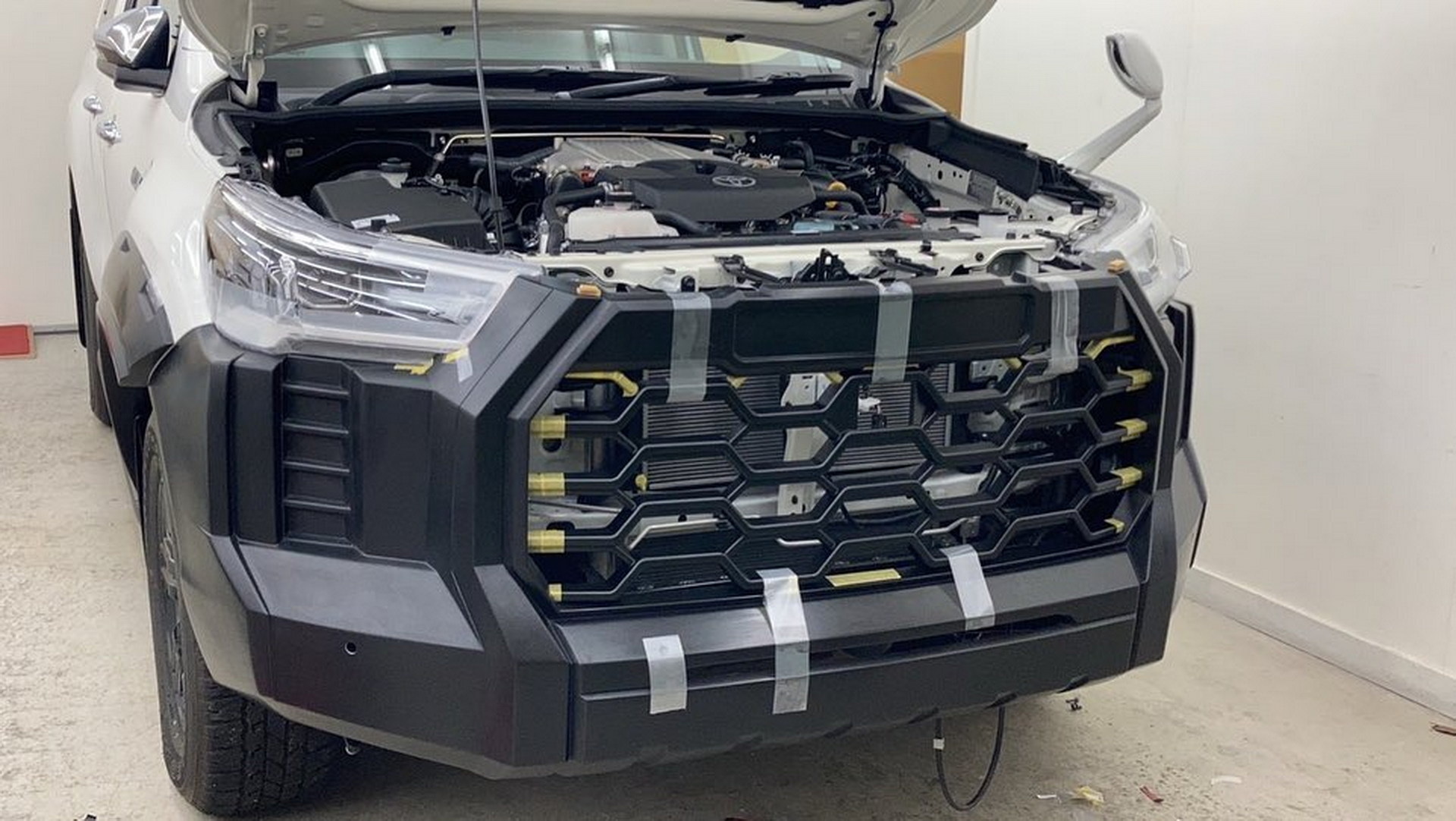