Toyota Land Cruiser Will ‘Likely’ Return to US, But It’ll Be a While 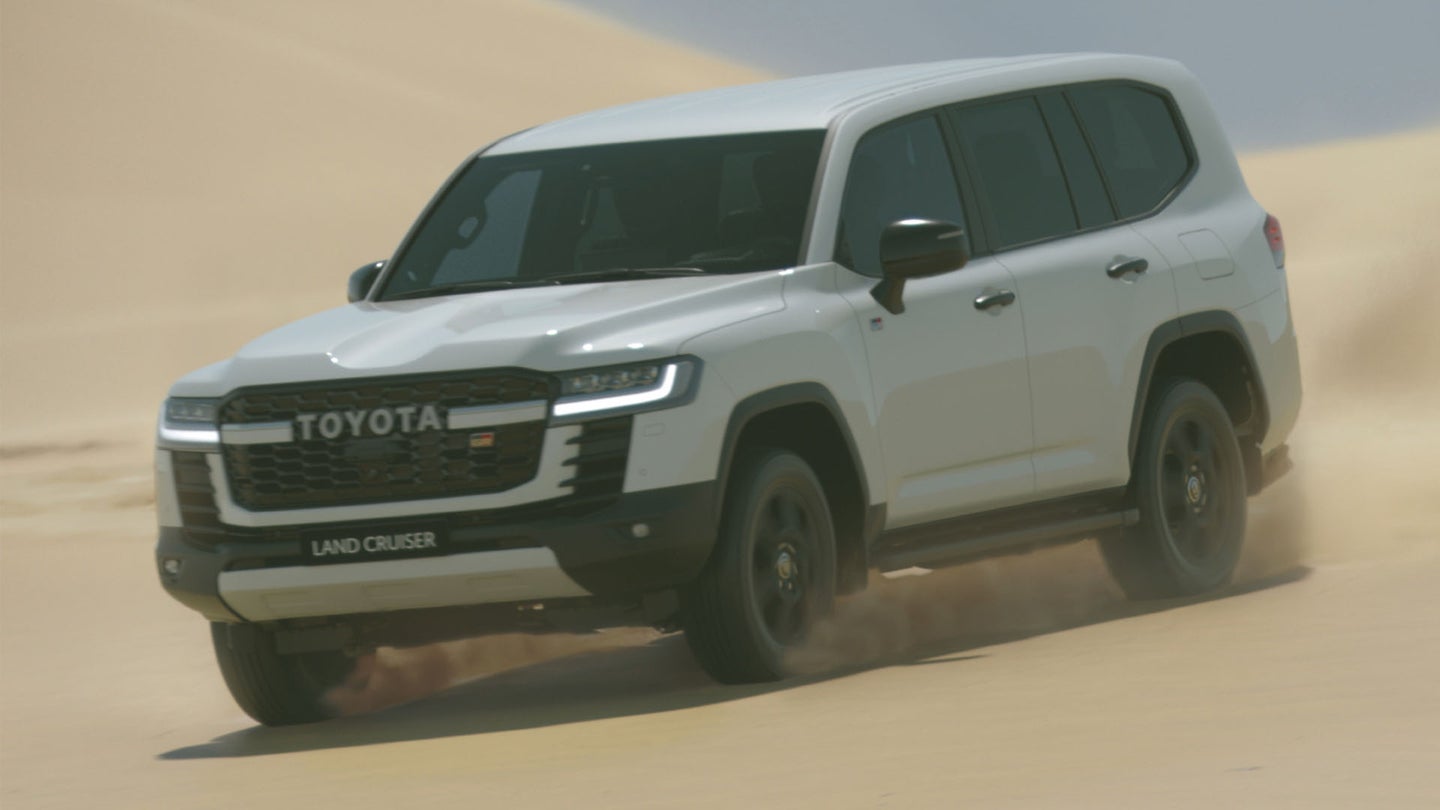 The Toyota Land Cruiser departed the American market last year after roughly half a century on United States roads. Toyota still sells the Lexus LX here, the Land Cruiser’s luxury counterpart, but the Toyota-branded truck is only being sold abroad. MotorTrend reports that while the current generation of the truck will indeed only be available outside the States, that may not be the case forever. In other words, go get a few college degrees and raise a happy family or something. When you’re done, you might be able to buy a Land Cruiser again.

Jack Hollis, executive vice president of sales for Toyota Motor North America, told the publication that the vehicle is an important part of the brand’s heritage and as such, selling it in the U.S.—a huge market for SUVs—makes a lot of sense. He used the words “likely yes” to address a possible return of the truck, but stressed that it probably won’t be a part of the current generation.

“Will we ever? I would say likely yes,” Hollis explained. “Obviously Land Cruiser is such an important part of our heritage and has done such a great job. And I’ll be looking at it, absolutely. Have I seen designs, thoughts, and hopes, yes. But nothing to announce. It’s still a ways off.”

Considering it’s fairly unusual for automakers to speculate on anything concerning future product offerings, this is a strong statement. It reminds me of when reporters asked Cadillac leadership about a high-performance Escalade and they said something along the lines of “Yeah, that’s certainly possible!” The 682-horsepower Escalade V arrived a few months later, of course. If it’s not a flat “no” or a refusal to look into the future of the company’s lineup, it’s probably being actively considered at the very least.

And of course, it’s not like the company just stopped making the Land Cruiser. It still sells well in Europe, Asia, and other markets. A return to the United States wouldn’t mean a ground-up vehicle project; it would just be a case of getting an existing vehicle legal for sale stateside. Easier said than done, I know.

Until then, though, we’ll just have to settle for the Lexus LX or other similar offerings from Toyota itself. The new 2023 Sequoia TRD Pro, for instance, is a body-on-frame 4×4 that features a lot of great off-road doo-dads and plenty of power. It doesn’t say Land Cruiser on the back, but it’s still a capable machine with the right parts bolted onto it.

The post Toyota Land Cruiser Will ‘Likely’ Return to US, But It’ll Be a While appeared first on The Drive.