Toyota On Track To Produce Over 10.4 Million Vehicles This Year 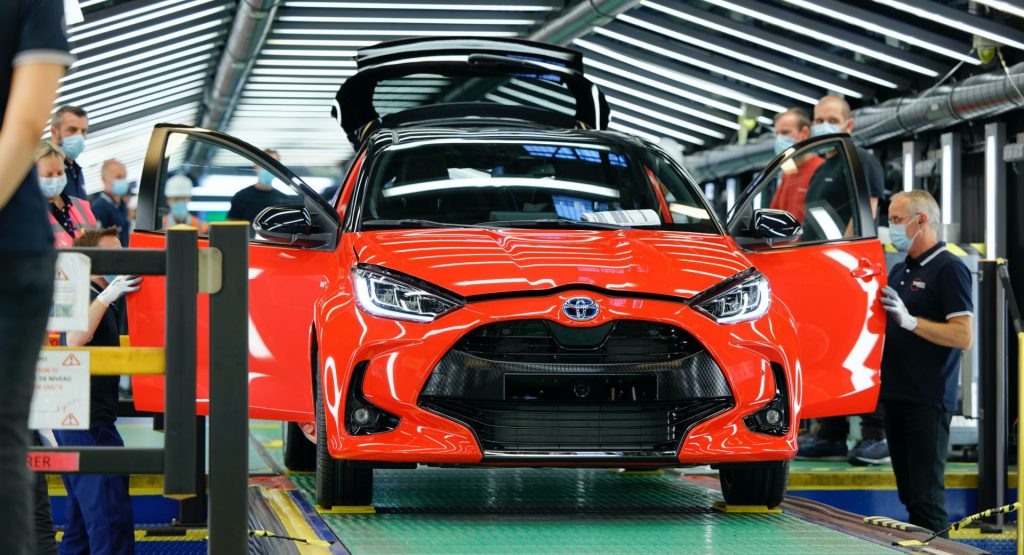 Toyota is in the perfect position to be the world’s largest automaker for a third straight year thanks to a much stronger start to 2022 than the Volkswagen Group.

A total of 1,275,570 vehicles have been built by Toyota in Japan this year while the remaining 2,199,136 were built in overseas markets. Overseas production has jumped 4.7 percent this year but domestic production has fallen by 12.4 percent. Total production to date is also down 2.3 percent from the year prior but sits at an impressive 3,474,706.

Sales of Toyota models in Japan have also dropped by 16.3 percent this year. Sales in overseas markets fared better but are still down 2.7 percent. At current rates, Toyota is on track to produce a touch over 10.4 million vehicles this year.

Toyota’s sales and production figures come despite it having to reduce capacity at some of its factories in April due to the spread of Covid-19 in Japan and other countries. President Akio Toyoda has also acknowledged that the company is reexamining manufacturing plants to avoid “exhaustion,” Auto News reports.

One of the key reasons why the Volkswagen Group isn’t performing as well as Toyota this year is the fact that it has a much larger presence in western Europe, an area continuing to face supply chain issues due to the ongoing war in Ukraine. 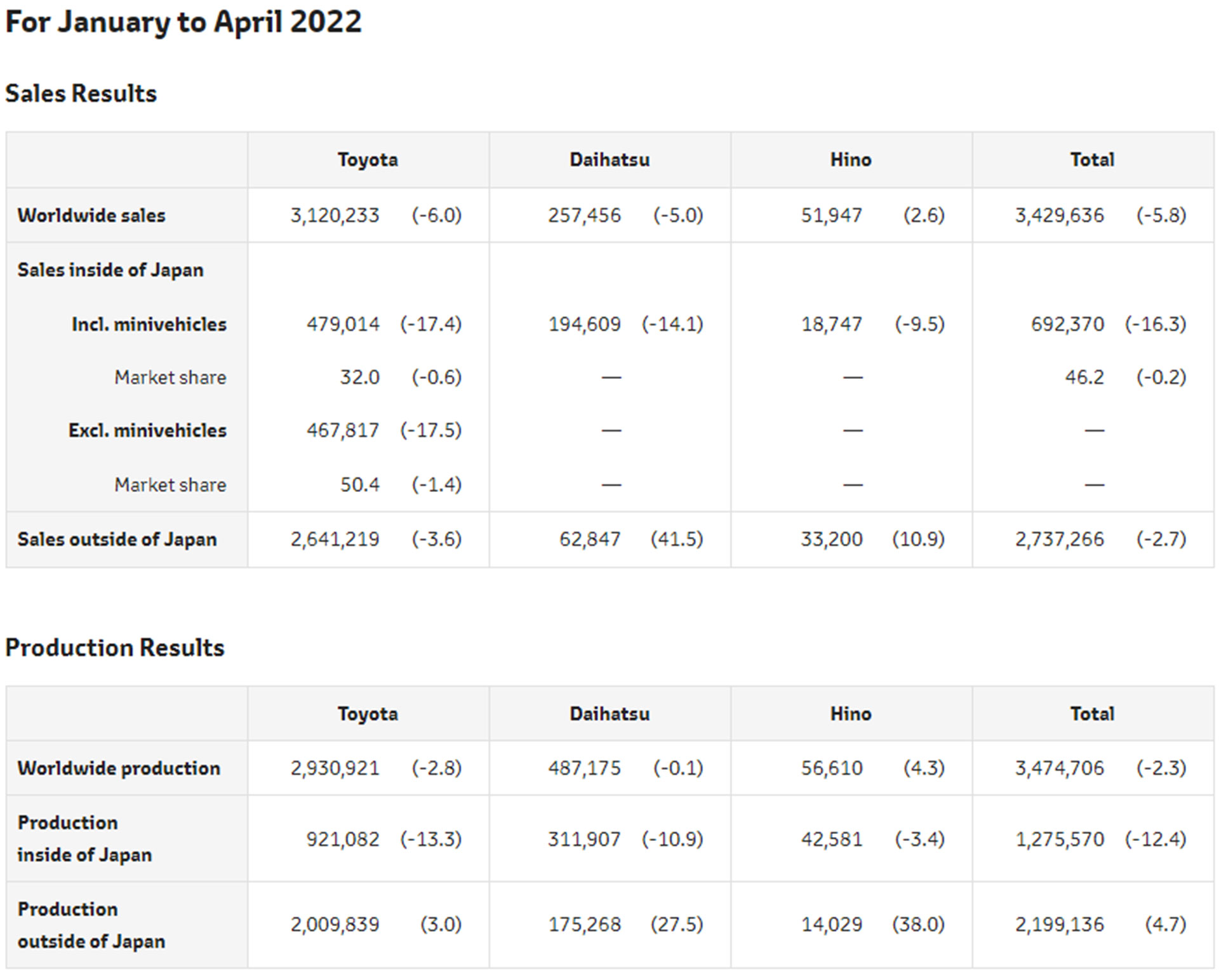