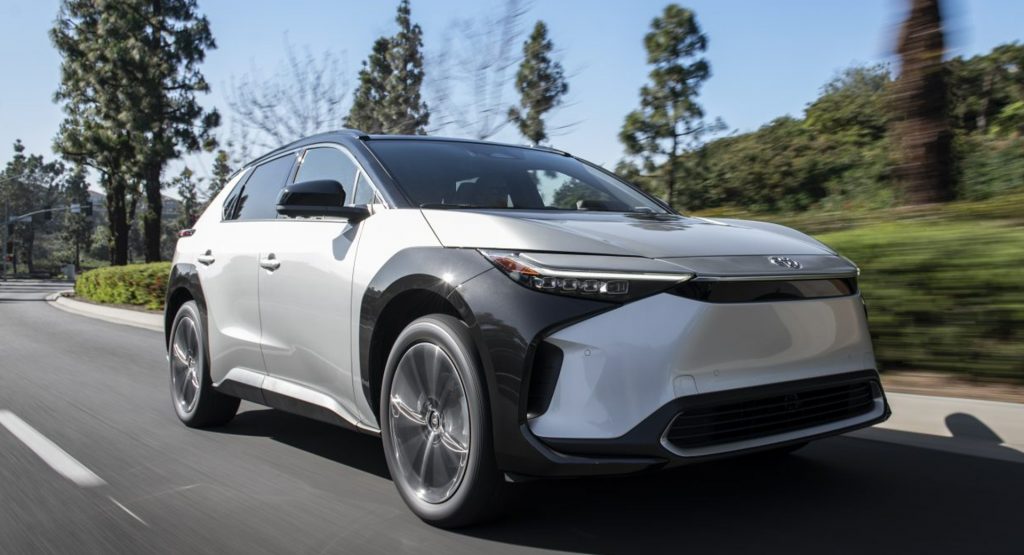 The all-new electric Toyota bZ4X is available with all-wheel drive but those who might need it most might be left out in the cold for quite some time. That’s because Toyota is now confirming that when temperatures drop below 32 degrees Fahrenheit, DC-charging may not work on AWD models.

In a new release of information from Toyota itself caught by a user at Reddit/Cars, the brand touts the bZ4X as a trailblazing electrified vehicle. One of its most important features is DC fast charging which can take front-wheel-drive bZ4Xs from 10 to 80-percent of capacity within half an hour.

On AWD versions of the crossover, that time nearly doubles in even the best conditions. Now, Toyota says that “DC charging may not work on AWD bz4x when the temperature is below 32 degrees Fahrenheit.” Without DC fast charging it could take nearly 10 hours for the vehicle to top up its battery.

Review: The 2023 Toyota bZ4X Is A Quirky, But Comfortable EV With Up To 252 Miles Of Range

If you happen to be one of the individuals who was excited about using this vehicle in areas that get that cold this might chill that enthusiasm. Unfortunately for those interested, it sounds like low temperatures, in general, will be an issue for the bZ4X.

According to the same document, “As temperatures decrease below 50 degrees Fahrenheit, charging time will increase significantly.” Many areas of the country are still regularly experiencing temperatures that low even now in the month of May. This news is yet another blow to a vehicle that’s already having to fight for its space in the market.

AWD versions of the Toyota bZ4X have a maximum range of 228 miles (367 km) according to the EPA. That’s not exactly groundbreaking and, in fact, falls behind all but the base Mustang Mach-E which has an estimated range of just 211 miles (339 km).

In addition, those hoping to take advantage of the $7,500 federal tax credit for buying an electric vehicle might be out of luck since the Prius and RAV4 Prime are selling so well. With a base price of $45,295 for the AWD version, this isn’t an inexpensive vehicle and Toyota is asking buyers to be comfortable out in the cold if they want to live with it.