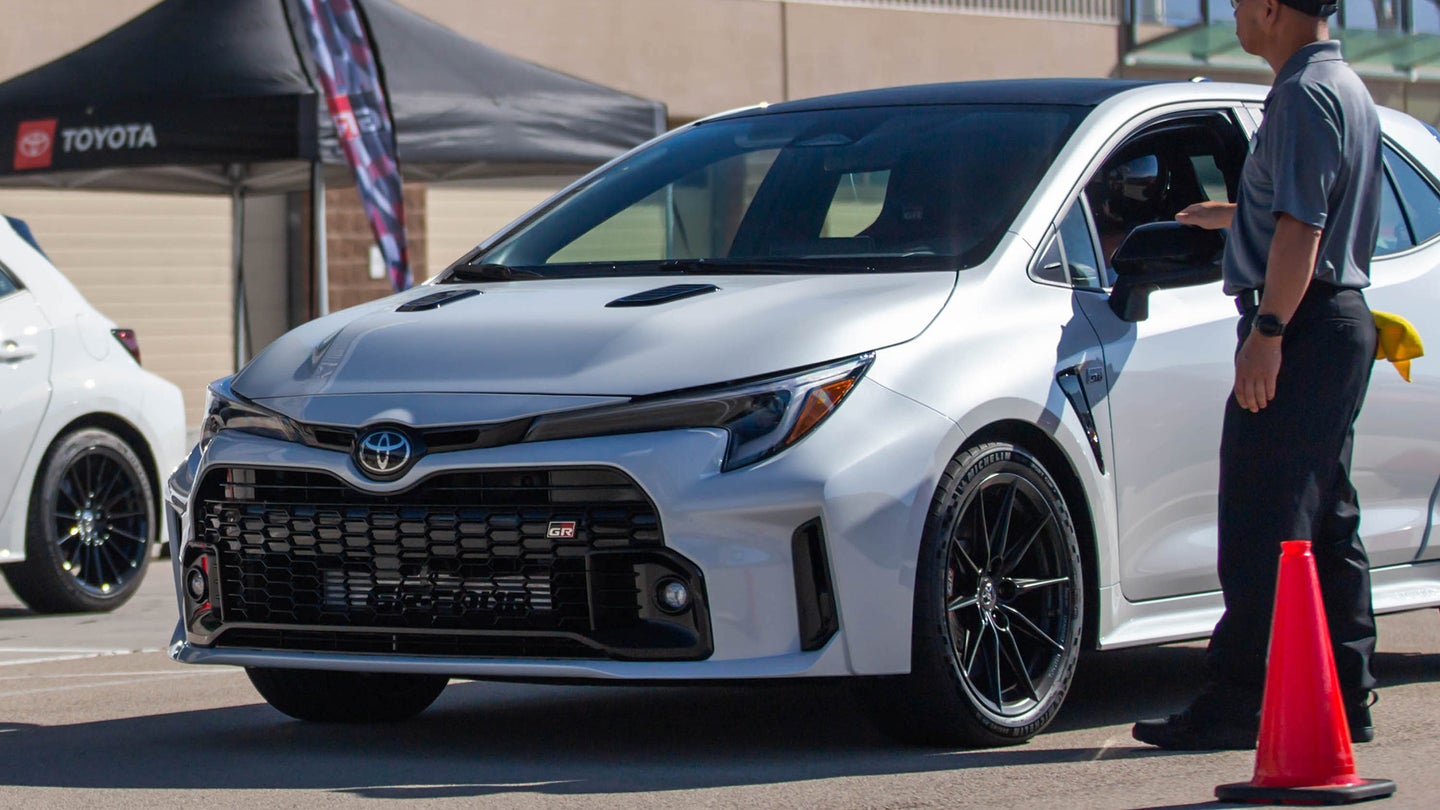 Given its rally-bred engine and performance-centric demeanor, future 2023 Toyota GR Corolla owners are likely to take their cars to the track. But since it has a relatively new and untested power plant, my advice would be to exercise a little caution before going full send, especially after talking with Toyota a bit more about what is and isn’t covered under the car’s warranty.

When I asked if the GR Corolla’s warranty will cover track days, a Toyota spokesperson didn’t respond with an outright yes or no, but instead said that the company “covers responsible driving at track days.” They elaborated to say that it’s not about voiding a warranty, but “about individual responsibility.”

For context, the GR Corolla’s warranty seems like a pretty standard one. It’s a three-year or 36,000-mile basic new-vehicle policy that “applies to all components other than normal wear and maintenance items,” according to the press release. There’s also a five-year, 60,000-mile warranty for the powertrain “and corrosion with no mileage limitation.” Unlike the Toyota GR86, nowhere in the GR Corolla’s press material does Toyota offer a one-year membership to the National Auto Sport Association that includes a free, coached track day session. Not yet, anyway.

Earlier this year, we reported on the GR86 owner who was denied a warranty repair on their engine because a dealership service manager claimed the car was abused at a performance driving event. The owner refuted this and said that they did not take the car beyond its reasonable limits. After social media outcry and a back and forth with Toyota’s executive office, the automaker changed its mind and is footing the bill for the owner’s engine rebuild. Still, it was a scary story of what might happen to you if you take your Toyota sports car to a track, which is something Toyota seems to encourage.

And now, especially given that GR Corolla trims such as the Morizo Edition are specifically optimized for road courses, it’s worth doing some research before going hog wild on a closed circuit. It sounds mighty like Toyota will consider these post-track day warranty claims on a case-by-case basis, and you don’t want to get stuck with an engine rebuild bill that you can’t afford because you assumed there was a blanket policy.