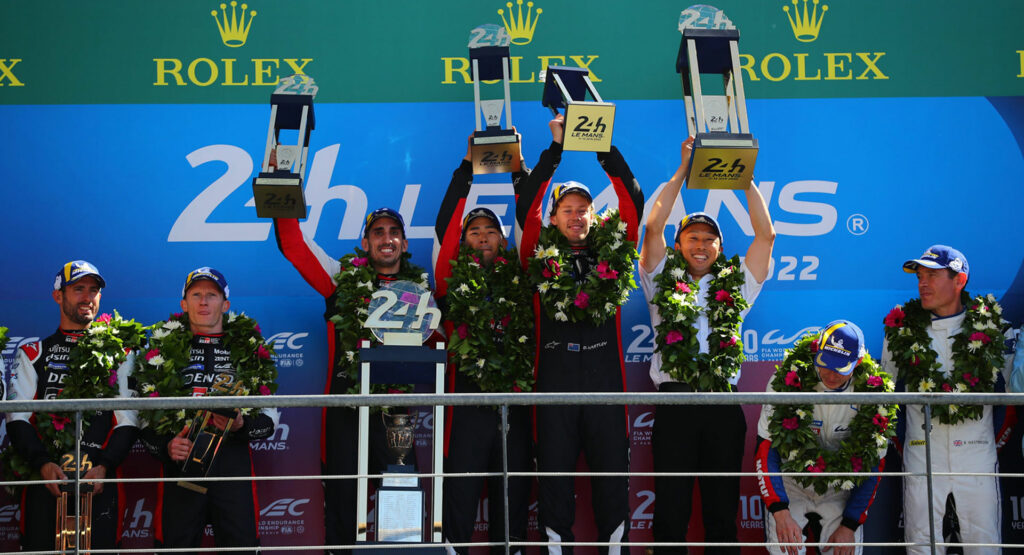 The 24 Hours of Le Mans was held over the weekend and Toyota Gazoo Racing was once again victorious.

In fact, they dominated the race with a one-two finish that saw the team of Sébastien Buemi, Brendon Hartley and Ryo Hirakawa get the chequered flag after completing 380 laps in their #8 GR010 Hybrid. That put them 2:01.222 ahead of the #7 GR010 Hybrid, which also completed 380 laps and was driven by last year’s winners, Mike Conway, Kamui Kobayashi and José María López.

Toyota noted the lead changed hands several times as the “race ebbed and flowed, with traffic, slow zones and track evolution all coming into play.”  While the cars only remained a few seconds apart for most of the race, things changed on lap 256 when the #7 car suffered an issue with its front motor. José was able to perform a system reset and return the car to the pits, where more resets were performed to finally solve the issue. However, in the ensuing time, the #8 GR010 Hybrid took the lead and was nearly a lap ahead of their colleagues. 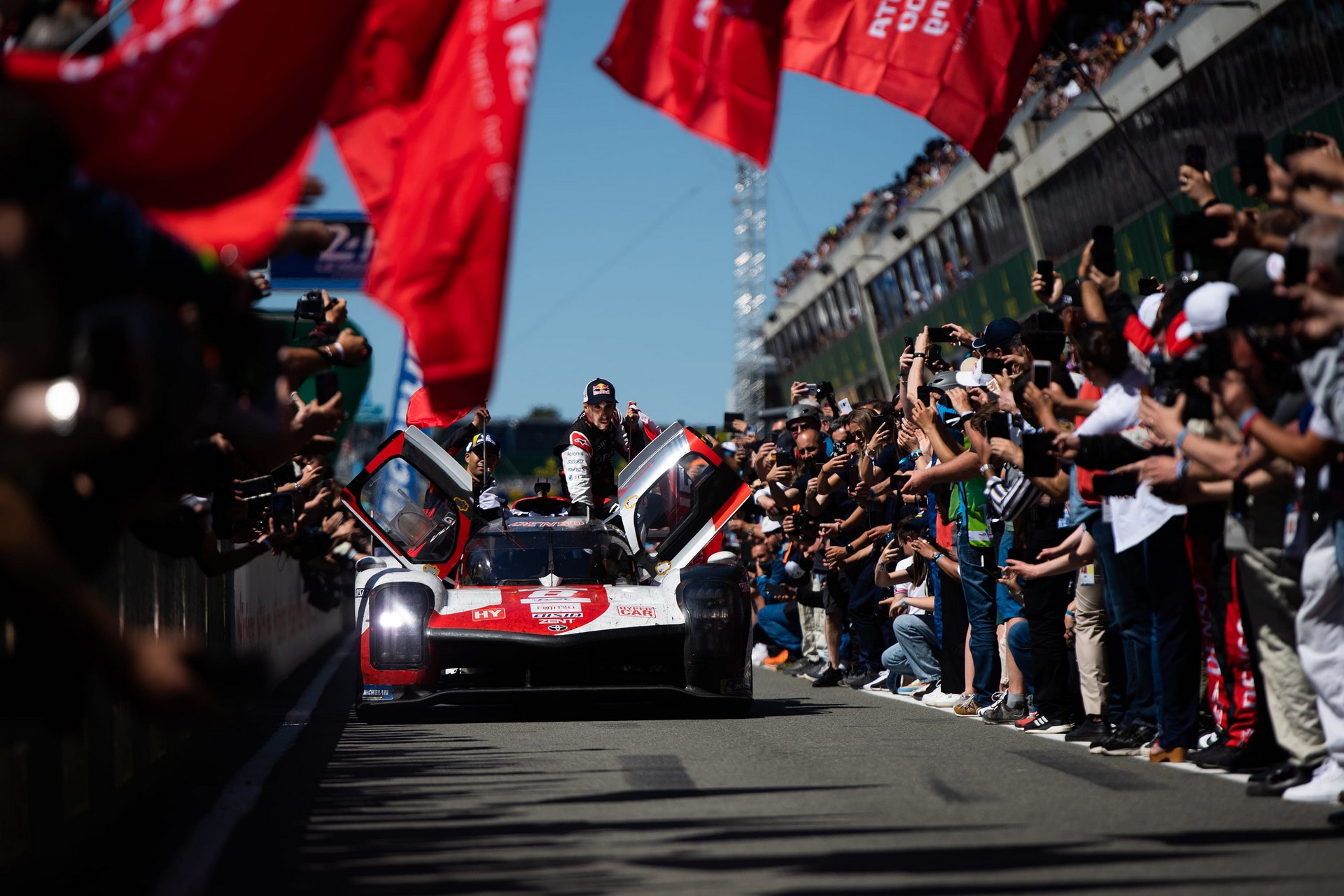 In a statement, Akio Toyoda congratulated the teams and said “This year Le Mans was a 1-2 race from the beginning to the end.” He noted this was Toyota Gazoo Racing’s fifth consecutive win at Le Mans and went on to thank “our many, many fans and partners who continue to fight together.”

The third and final spot on the podium went to Glickenhaus Racing, whose #709 007 LMH completed 375 laps with a team consisting of Ryan Briscoe, Richard Westbrook, and Franck Mailleux. This put them five laps ahead of the #708 Glickenhaus 007 LMH, which was driven by Olivier Pla, Romain Dumas, and Luis Felipe Derani.

With the 2022 race now in the books, all attention is turning to 2023. It promises to be a year to remember as next year’s race will be a centennial celebration with an assortment of new competitors including Cadillac and Ferrari. 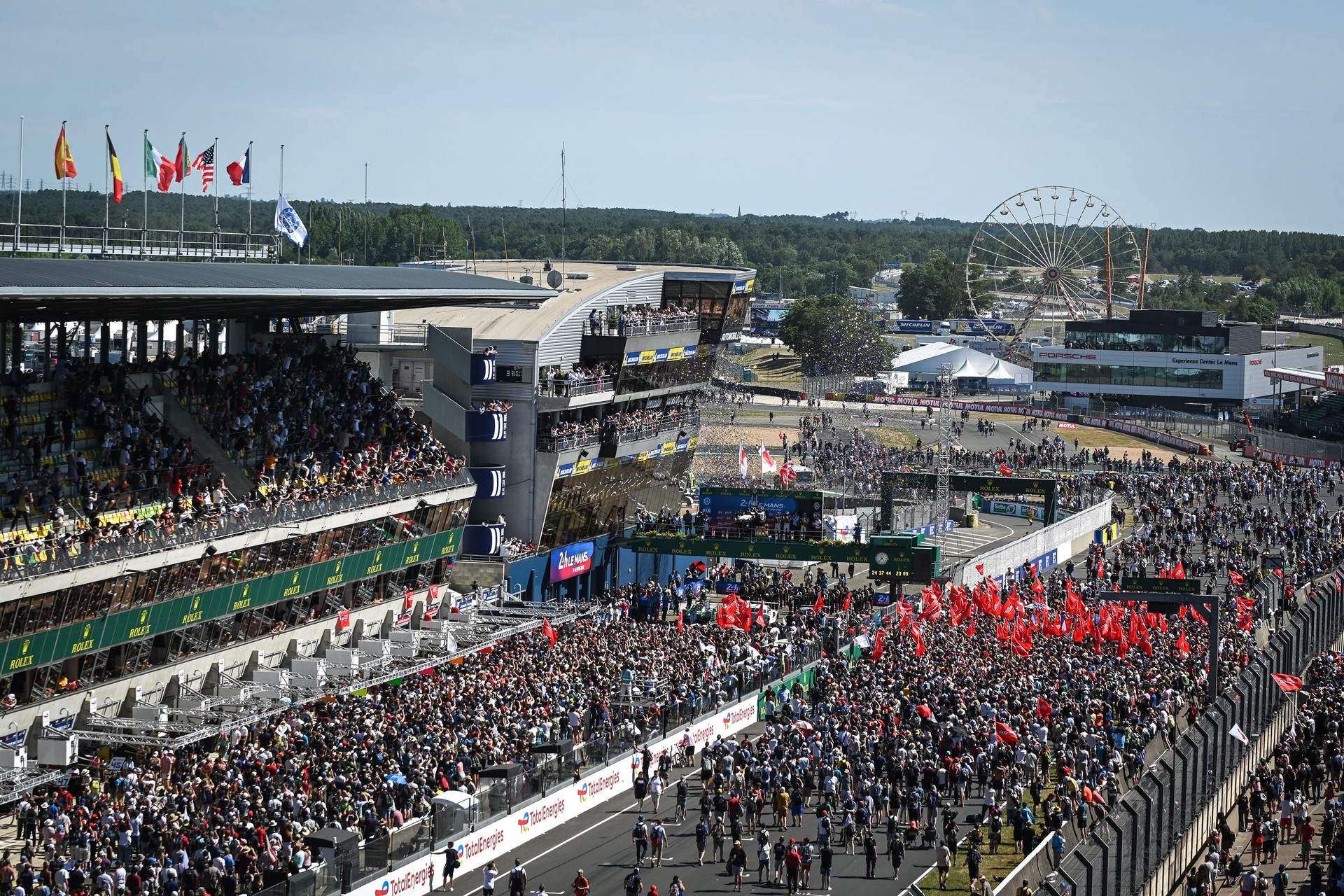