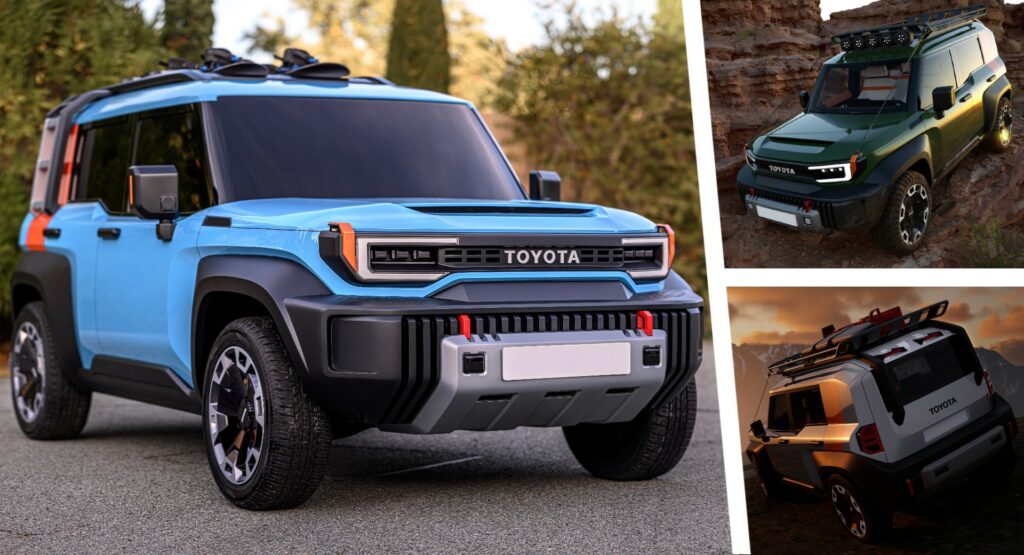 The Toyota Compact Cruiser EV, the small-sized off-roader that stole our hearts back in December 2021, won the 2022 Car Design Award for Concept Vehicles, prompting Toyota to publish more photos, renderings, and sketches of the prototype.

The Compact Cruiser EV was one of the 15 concept cars revealed simultaneously by Toyota and Lexus in Tokyo, leading to limited coverage and available press material for each one. Thankfully, we now have access to more photos of the concept that was created by the Toyota Europe Design development center (ED2) in Nice, France. 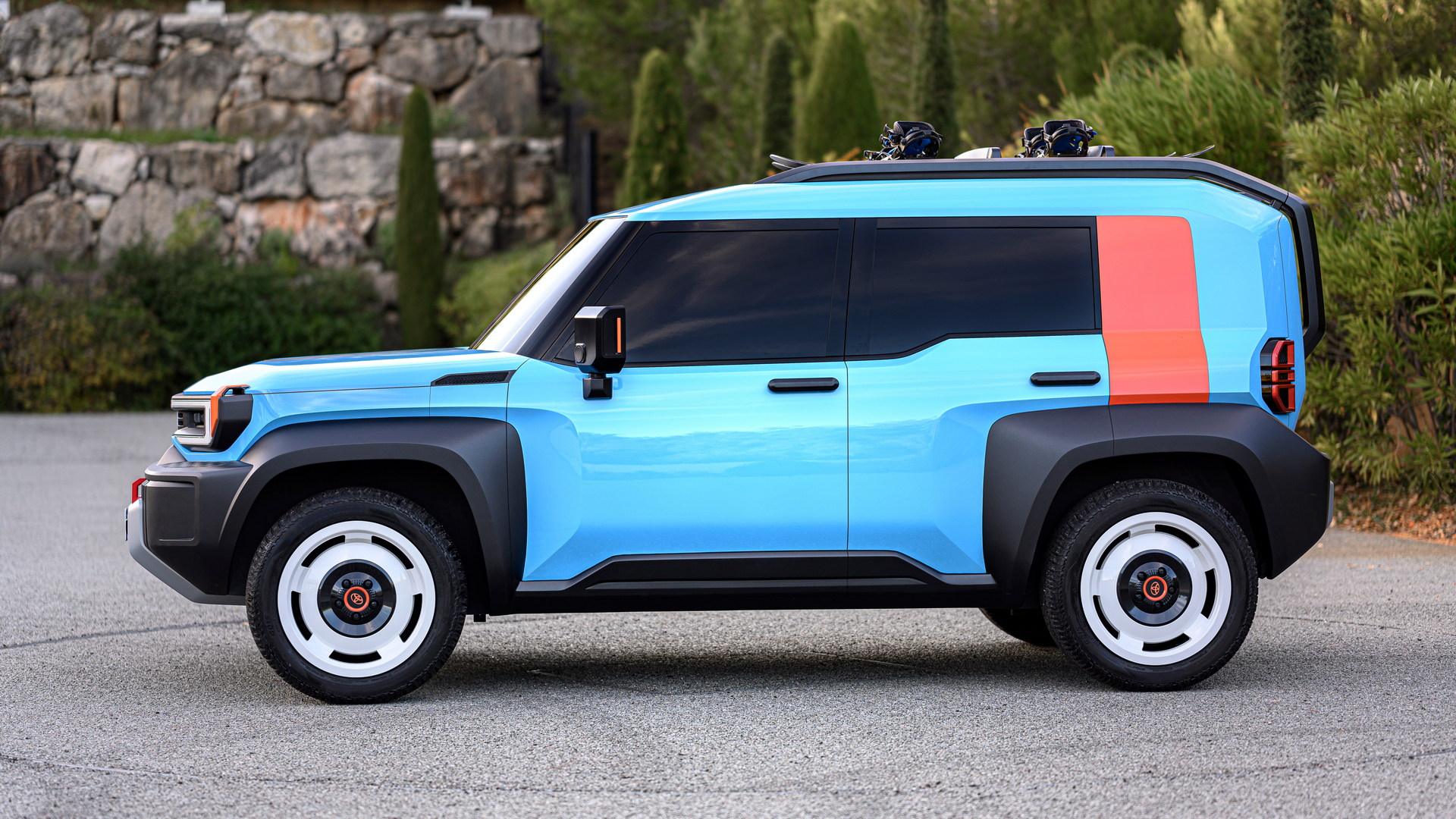 Toyota designers took inspiration from the first generation of the Land Cruiser and the company’s off-road heritage, with the concept bearing similarities with the retro-futuristic FJ Cruiser. The concept looks like an evolution of the 2017 Toyota F4-X with the new LED headlights reminiscent of the J80 and cleaner lines. Features like the large skid plates, the squared-off fenders, the respectable ground clearance, the side-mounted ladder, and the bespoke roof rack are enhancing the rugged nature of the concept despite its compact footprint.

The life-sized prototype appearing in the shots is a static clay model as proven by the dark tint on the windows and the fact no one has been seen driving it since its debut (all available videos are CGI). Still, Toyota fans can hope for a baby Land Cruiser EV in the future lineup as long as there is demand for such a vehicle. Potential rivals would include Jeep’s upcoming small SUV, and a possible EV successor of the Suzuki Jimny among others. 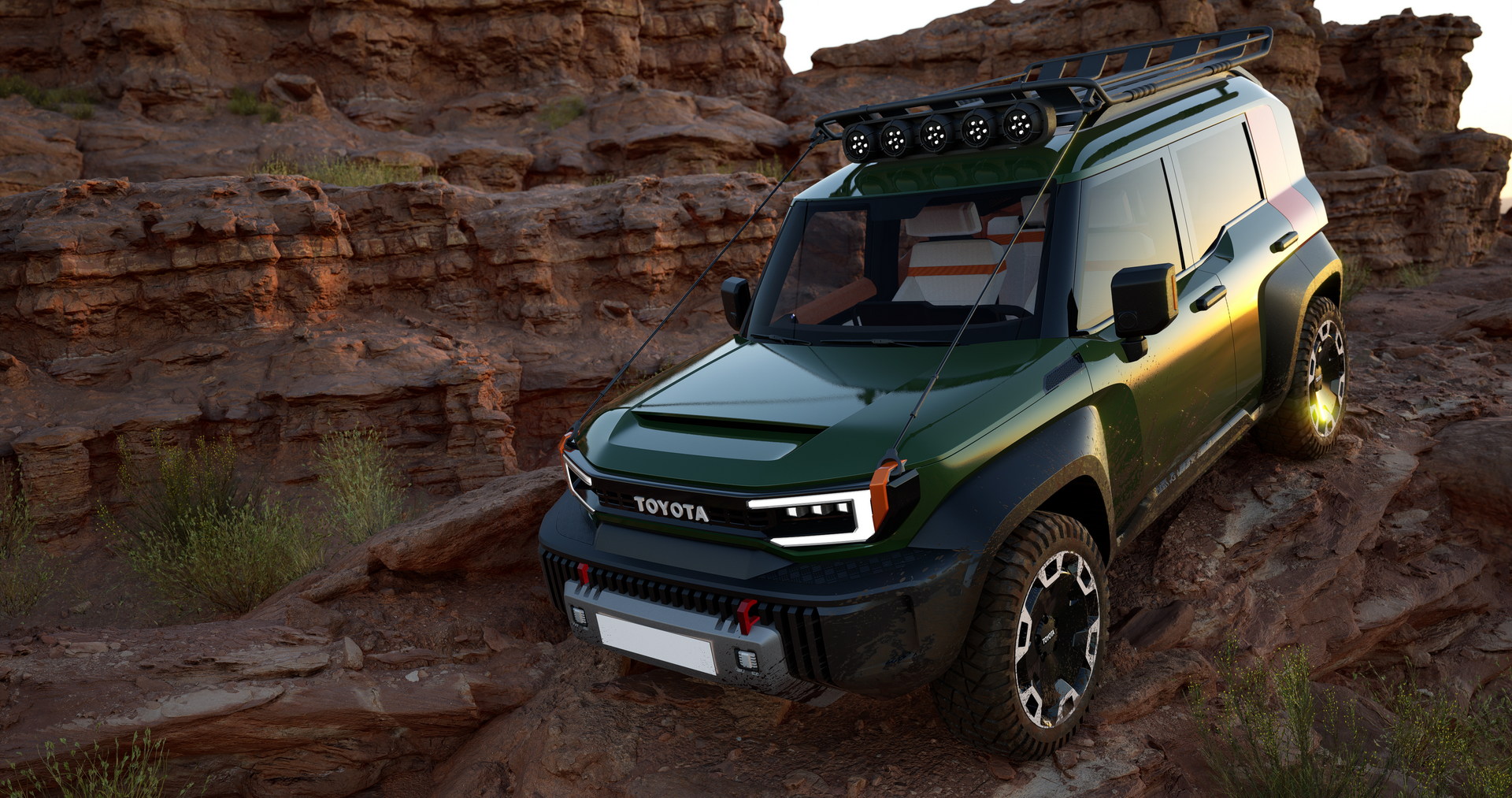 Toyota claims that the Compact Cruiser’s target audience is “young, professional urban dwellers who enjoy active outdoor leisure interests” while hinting at the all-wheel-drive nature of the concept. The company remains coy on the technical side of things but we suspect that a production version of the EV would be possible, based on the eTNGA architecture of the larger bZ4x.

Speaking about the concept, Simon Humphries, Toyota Design Senior General Manager, said: “Our research into electric vehicles has been ongoing for more than 30 years, and we’ve come a long way. After an initial phase of contact with electric vehicles, people will want zero-emission cars that speak about them and express their lifestyle. And the Compact Cruiser EV is a perfect example of that trend”.

The model was awarded by the Auto&Design magazine, as part of the annual Car Design Award, established in 1984. The award is divided into three categories, with the Ferrari 296 GTB (Production Vehicles), the Toyota Compact Cruiser (Concept Vehicles), and Polestar (Brand Design Language  / Overall Consistency) being honored this year.