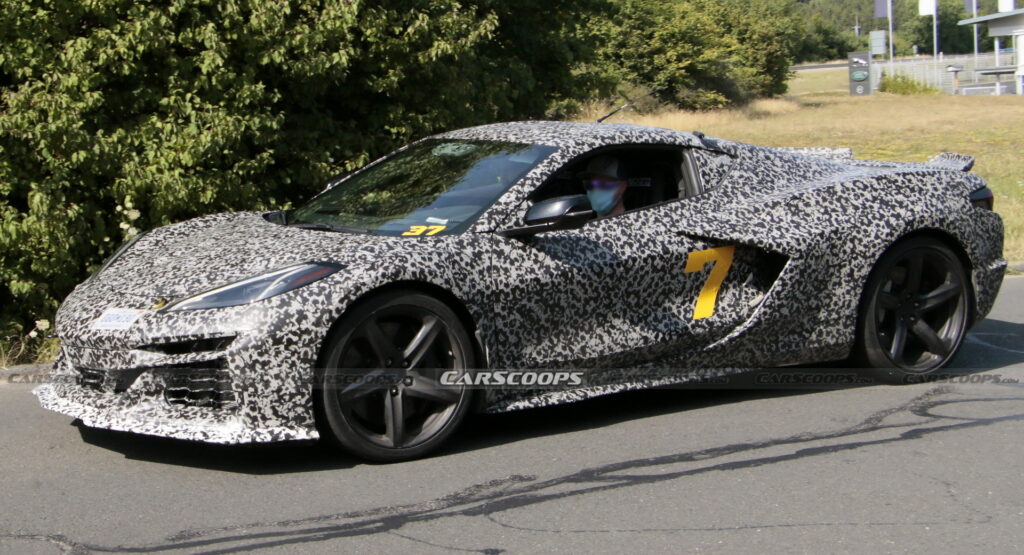 Chevrolet was recently caught testing a trio of Corvettes at the Nürburgring and, although the camouflage is highly effective, they are suspected of being electrified “E-Ray” variants of the mid-engine supercar. And while there weren’t any stickers to signify hybridization or electrification, our spies tell us that those where absent on other E-Ray prototypes spotted earlier this year as well.

There are very few distinct details singling this out as a hybrid (with the possible exception of an electrical socket cap on the number 4 car), but Chevrolet confirmed that it would make an electrified Corvette earlier this year. It did not officially reveal whether it would be a standard or a plug-in hybrid, though, nor did it say what the vehicle’s official name would be, either.

Read Also: Could This Be The Hybrid Chevrolet Corvette E-Ray Testing Near The Nürburgring? 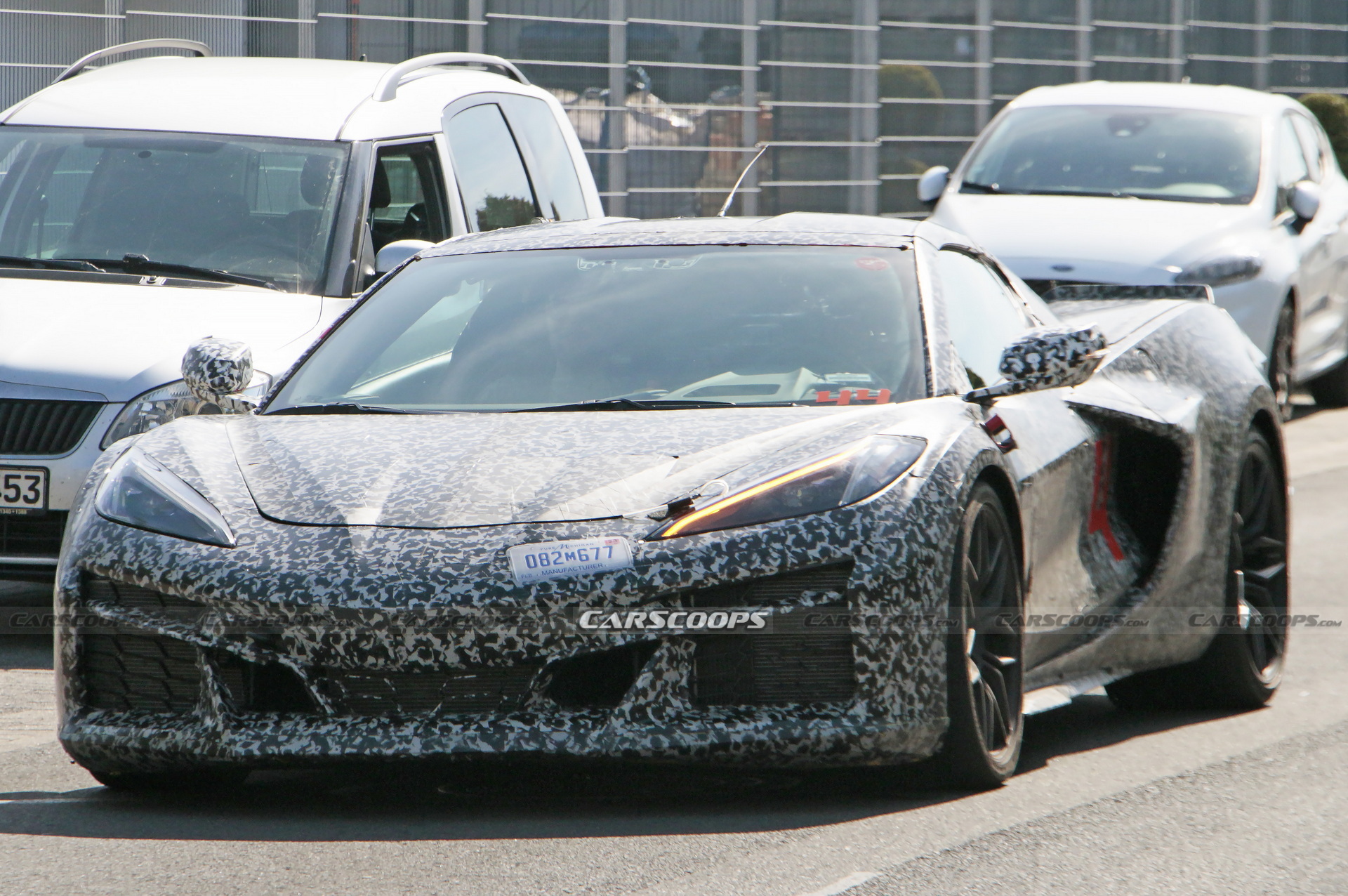 In a video that was released concurrently with that announcement, however, the automaker showed that the new model would power all-four wheels, which would be another momentous addition to the Corvette lineup.

An alleged internal document that was leaked to Hagerty suggested that there might actually be two hybrid models coming, though there is no official confirmation of this. It claimed that the Corvette Grand Sport would combine a 6.2-liter V8 with electric motor making 600 hp (447 kW/608 PS) and 500 lb-ft (678 Nm) of torque.

Unfortunately, for now, we’ll simply have to wait and see while Chevrolet develops the car to see if the above information is accurate. Fortunately, the automaker did at least say that the electrified Corvette would arrive in 2023, and would be followed by a fully electric model.