Truck Stops Are in Decline, and Truckers Are Suffering 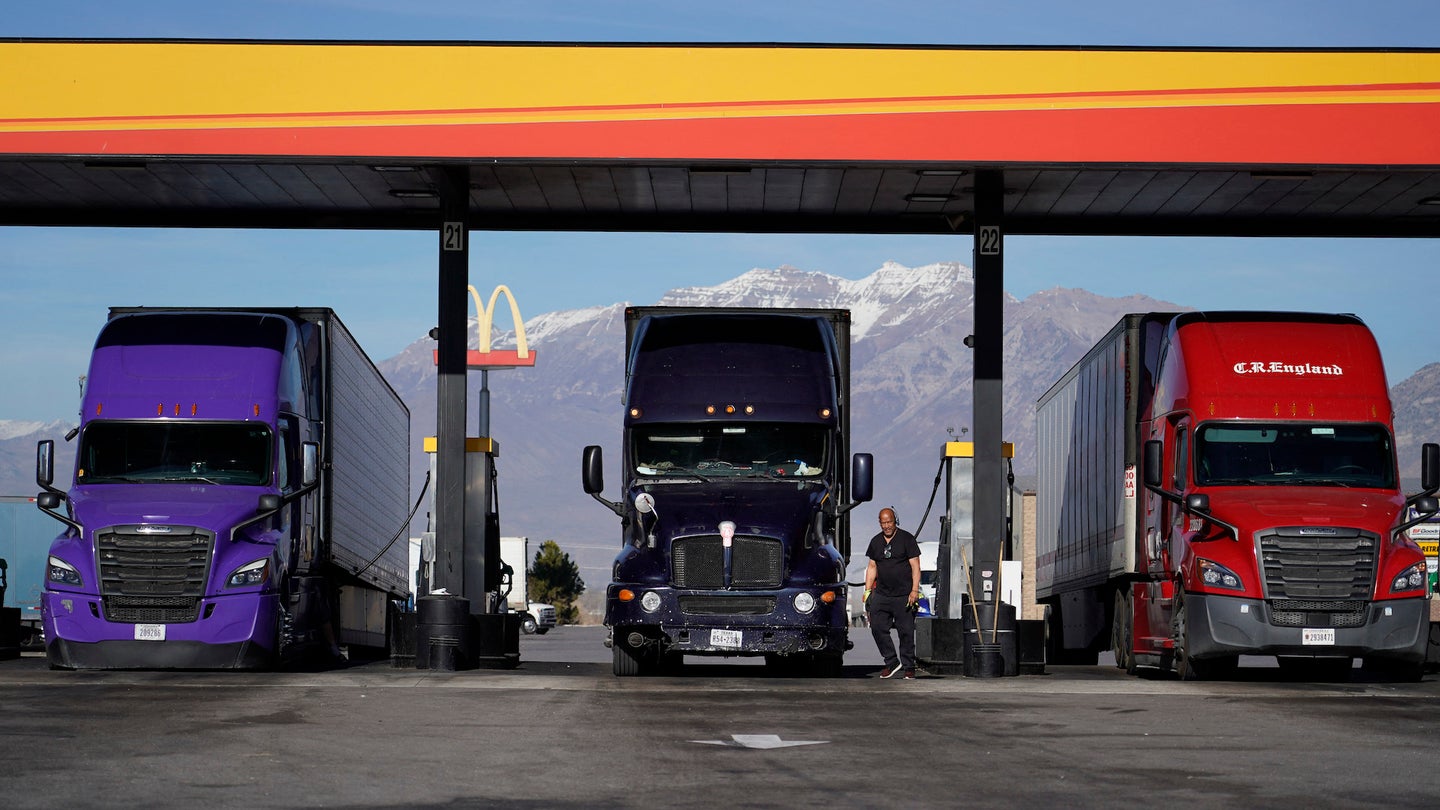 The long-haul trucking industry is a pillar of the United States’ economy, employing over 550,000 people who together ferried over $732 billion in freight in 2020. As important as the business is to our country, though, it isn’t a healthy one. Tough working conditions and shrinking pay—especially at the entry level—make it hard to retain qualified drivers, and the looming threat of autonomous trucks makes drivers of all experience levels uncomfortable with their long-term prospects. Their commitment is made even harder by the decay of the foundation that keeps trucks and their drivers on the go: Truck stops. These are gradually becoming shadows of the homes away from home they once represented.

For decades now, truck stops have provided everyday amenities that most of us take for granted, like showers, hot meals, and places to lay one’s head (even if only in a sleeper cab). But they’re much more than that, as outlined by the New York Times. Truck stops also offer things that people who call the road home don’t often have access to, from chapels, fitness equipment, and laundromats to barber shops, arcades, lounges, and so on. But changes across our nation’s network of truck stops over the last several years have made these destinations less welcoming places than they used to be, as explained to me by over-the-road trucker Kevin Temmer.

Temmer, an over-the-road trucker for the last five years (and builder of a spectacular 1950 Dodge race truck), has observed a multitude of worrying trends when it comes to the places drivers rely on for R&R. Acquisitions by big chains have led to fewer independent stops, with poorer amenities and upkeep, and increased problems finding places to park overnight for some sleep.

While there are still a fair number of good independent stops out there, Temmer says, a growing number are falling under the ownership of three major chains. Love’s, he tells me, is generally the cleanest and newest of them, while Flying J’s and Pilots tend to be “a bit dingier.” At the bottom of the hierarchy are Petro and TA, which he says tend to be older and less well-kept. But even a Love’s is far from optimal, as it’s rare for them to have anything better to eat on-site than fast food.

“A proper sit-down meal is a return to some level of normalcy,” Temmer told me. “Remember that most over-the-road drivers are on the road for a minimum of two weeks. Try to eat only McDonald’s, Subway, and Taco Bell while sitting in your car for two weeks straight as your only meals.”

Diminishing food choice only contributes to the problem of truckers’ poor diets, which combine with their sedentary lifestyles to result in elevated rates of diabetes, according to NYT. That goes without mentioning that food on the road also tends to be pricey, which comes straight out of truckers’ declining pay. Adjusted for inflation, truckers are paid less than half what they were in 1980 per NYT, and their pay is further eaten into by the cost of parking.

Free overnight parking has become increasingly rare in the wake of COVID, with many rest stops closing during lockdowns and not reopening since. Highway shoulders are neither comfortable nor safe overnight, while shacking up at the beginning or end of one’s route also tends not to be an option, Temmer says. Shipping facilities don’t let trucks stay overnight, nor do destinations like grocery stores, which he says design their parking lots to be inaccessible to semis. He likened this to “a form of hostile architecture just to keep truckers out,” though he acknowledged truckers have a “well-deserved reputation for littering and being socially abrasive.” That leaves them with just truck stops, many of which charge $10 to $20 a night to park. Over a year, or several, that adds up to thousands of dollars.

“Paid parking varies from place to place, but a good rule of thumb is if you need somewhere to park after about 8 p.m. there is a good chance you will have to pay,” Temmer told me. “If you are off of I-5 or I-95 then expect to pay regardless of when you are shutting down. Many truck stops on the coasts are 100 percent pay-to-park.”

Parking problems above all else are what concern Temmer about the near future for his fellow truckers. Online shopping has increased demand for freight, meaning more trucks on the road, and therefore more competition for fewer viable spots. Temmer sees simple short-term solutions to this: “Require shippers, consigners, and weigh stations to allow overnight parking.” Given that more than one in eight fatal crashes involving a commercial truck involves fatigue, it’s a solution that wouldn’t just be immediately welcomed by weary truckers—it’d save lives.

The post Truck Stops Are in Decline, and Truckers Are Suffering appeared first on The Drive.