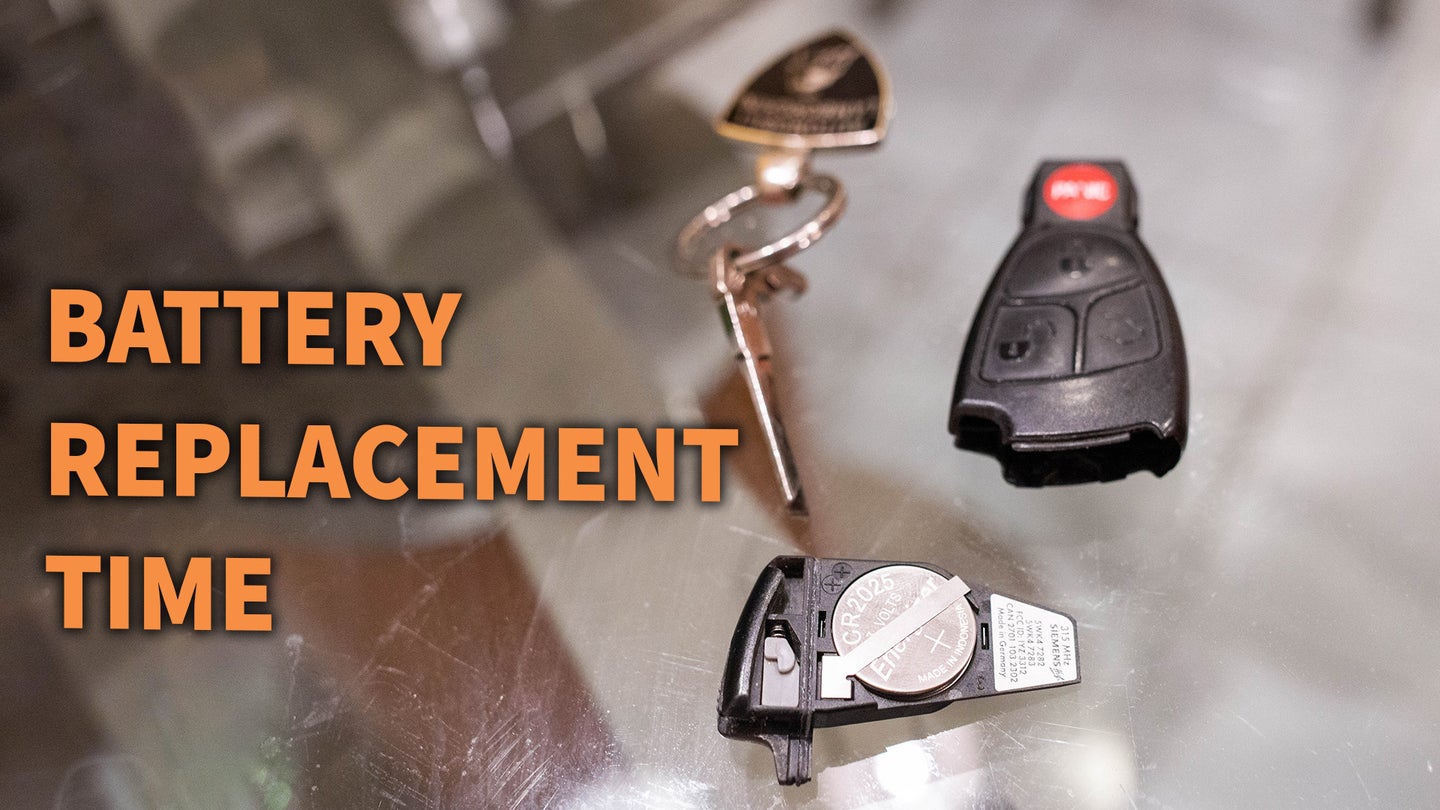 Unlike my very wrench-tastically talented colleagues, I don’t usually work on my own car. I live in a metropolis, I don’t have my own garage, and my current favorite tool in my toolbox that I cannot live without is my Visa. But I also believe that you shouldn’t go running for the dealership service center at the first sign of trouble. If like me, you find something malfunctioning, my first piece of advice would be to do a little research to see how feasible the problem is to solve and go from there. It’s exactly how I replaced the battery in my key fob, and all it took was a spin around YouTube and about two minutes of my life.

The battery in my keyfob had been growing weaker for many months. I don’t think it had been replaced since the car—a 2002 Mercedes-Benz C32 AMG—was new. But occasionally, I found that clicking it didn’t unlock anything and I had to pop the emergency key out to unlock the driver’s side door. Opening it would trigger the car alarm so I had to duck into the car quick-like to unlock all the doors from the center console (because that’s where the Mercedes keeps its door locks). It was a whole song and dance. But it was also an irregular enough occurrence that I could justify doing nothing about it for a while. My propensity to procrastinate solving non-emergency problems knows no bounds.

Eventually, though, enough was enough. I must admit, I was a little afraid of what Googling would bring up. Aged German cars like mine have a reputation for being complicated and persnickety; who was to say that changing the battery in the 20-year-old C32’s keyfob wouldn’t involve moon juice and the delicate touch of a veteran neurosurgeon?

Thankfully, though, the process is as straightforward as it can be. The second YouTube result brought up this video—which, at just over a minute long, has no annoying intro, no speaking, and a clean overhead shot that plainly shows what you need to do to replace the battery. In other words, the perfect how-to video:

Had I not correctly diagnosed the keyfob issue as being an old battery, I might have been on the hook for buying a new fob. A quick spin around the shopping Googles informs me that they cost anywhere between $120 to $140 dollars. I’m pretty sure those Energizer batteries were about $1 total. Maybe even less.

Anyway, the moral of this story is: Don’t let your inexperience in wrenching or DIY hinder you from researching a problem when it arises. You’d be shocked at how easily some of them can be solved.

The post Try YouTube First Before Taking Your Car to a Dealer for a Pricey Fix appeared first on The Drive.