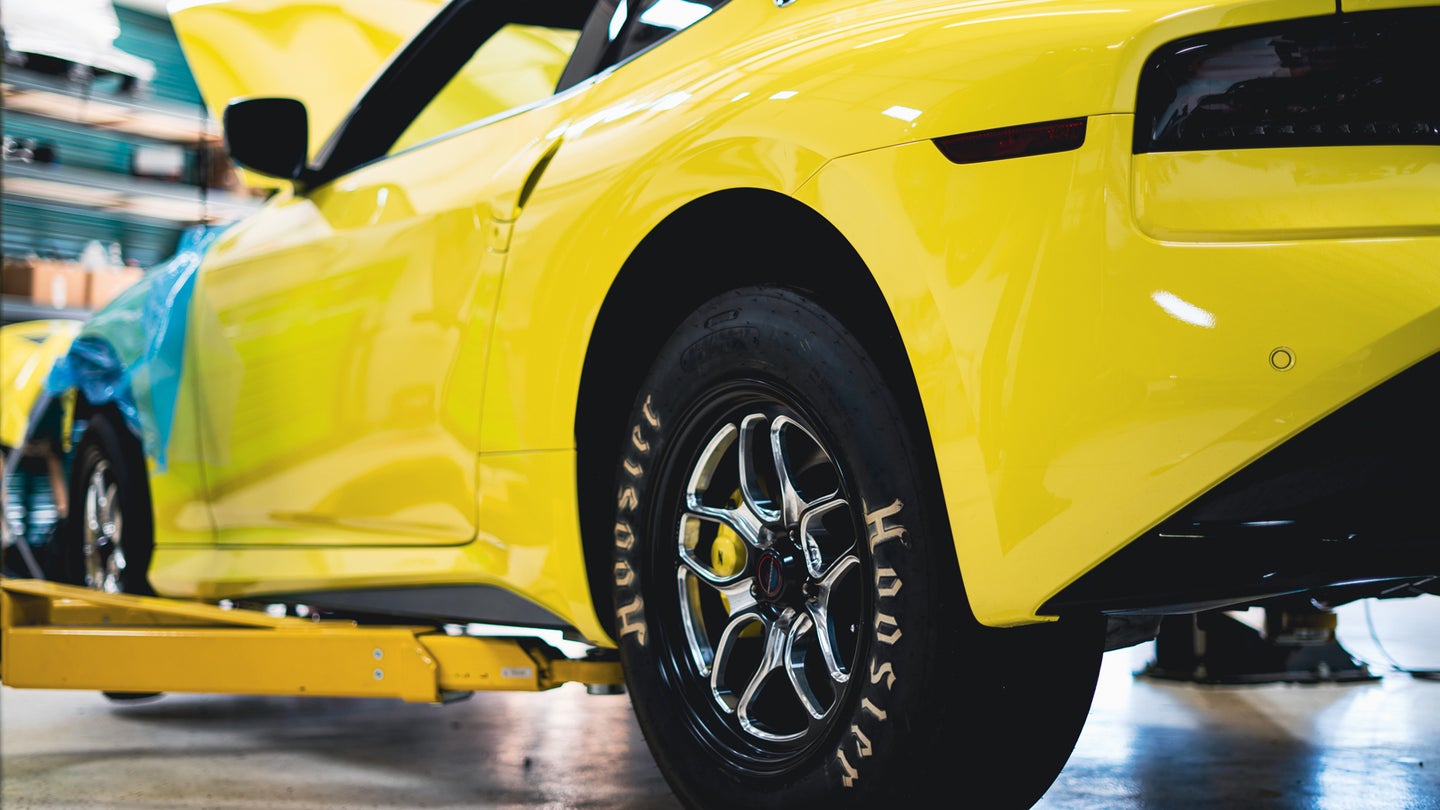 Chicago-area tuner AMS Performance has just posted an impressive accomplishment—creating 500-wheel horsepower from a new Nissan Z with bolt-on mods, 100-octane gasoline, slick tires, and of course tuning. Apparently, that was good enough to do a quarter-mile drag strip run in just 11.43 seconds at 124 mph.

Don’t let that famous line from The Fast and The Furious—”for those 10 seconds or less, I’m free”—fool you. A sub-10-second quarter-mile time is god-tier fast and rarely reachable with a road-legal car. The stock Z’s quarter-mile run of 12.3 seconds that you might remember from Hagerty’s drag racing video is pretty damn impressive on its own. Shaving almost a full second of that, under reportedly suboptimal conditions, is cool as hell.

AMS is a turbo tuner house (actually, it introduces itself as an engineering company on its about page) that does engine tuning, maintenance, mods, and race car builds. The name is a shortening of Autoomotosport Inc., and the outfit’s been around since 2001 getting its start making cams for the 2.3-liter turbo Ford engine that lived in the Merkur XR4T. From there, AMS moved into DSMs (turbo Mitsubishis), got its own dyno, and has been squeezing huge horsepower numbers out of boosted cars ever since.

Fast forward to today, and AMS appears to be one of the U.S.’s pioneers in new Z tuning. And clearly, the priority for these guys is a low quarter-mile time and straight-line speed. Check out the meats on those rear wheels:

The 2023 Nissan Z may be a new car, but the platform and powertrain it’s on aren’t really. A version of the 3.0-liter twin-turbo V6 has been in use for years in the Infiniti Q60, which gives tuners a head start on making power out of it.

I’ve seen the complaints and comments about the new Z not being all that new—and I can’t abide that. True, it’s not a revolutionary new vehicle. But it’s a front-engine rear-drive car with a manual transmission, a lot of power, and clearly, a lot of potential. What more could you want out of this iconic Japanese sport tourer?

I’m definitely going to be keeping an eye on AMS’s progress with this car. Looks like it’s already evolved this build from 440 horsepower earlier this week to the newly reported 500 figure. We should also be eager to see what the car can do with more readily available 93-octane fuel and road tires. The era of new Nissan Z modding has only just begun.

The post Tuner Claims To Have Made the First 500-Horsepower New Nissan Z appeared first on The Drive.