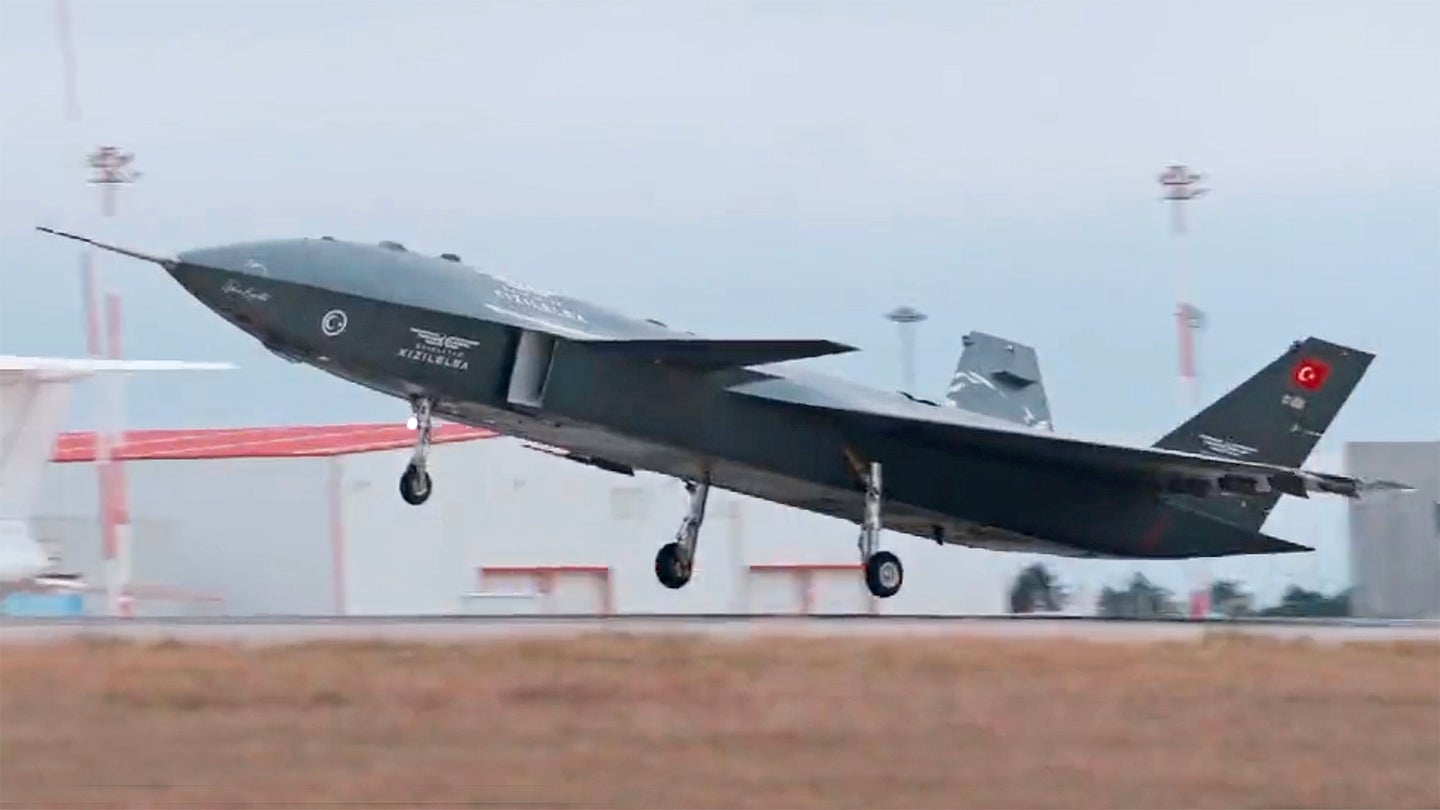 The Baykar company’s new fighter-like drone has flown for the first time — albeit for a very short time.

The Turkish ‘Kizilelma’ drone got airborne over the runway at the Akinci Flight Training and Test Center in Tekirdag Province. Baykar’s Chief Technology Officer Selcuk Bayraktar said the test was completed successfully, not indicating whether the very brief flight was planned or accidental. By how the video clip is edited below, it makes it look like a conscious decision.

We recently wrote about the Kizilelma’s emergence for ground testing and the design’s potential future, which you can read all about here.

The canard-sporting drone with some stealthy attributes looked decently stable in ground effect over the runway before touching back down during a high speed, nose-up run.

If this was a spur-of-the-moment takeoff and not planned, the test team is probably thankful it avoided an embarrassing and costly mishap. Nearly 50 years ago, the YF-16 prototype had a much more exciting misadventure on a high-speed ground run, as the below video from Lockheed Martin shows in an interview with test pilot Phil Oestricher.

With the Kizilelma clearly itching to get airborne, its official first flight of substantial duration may not be too far away.