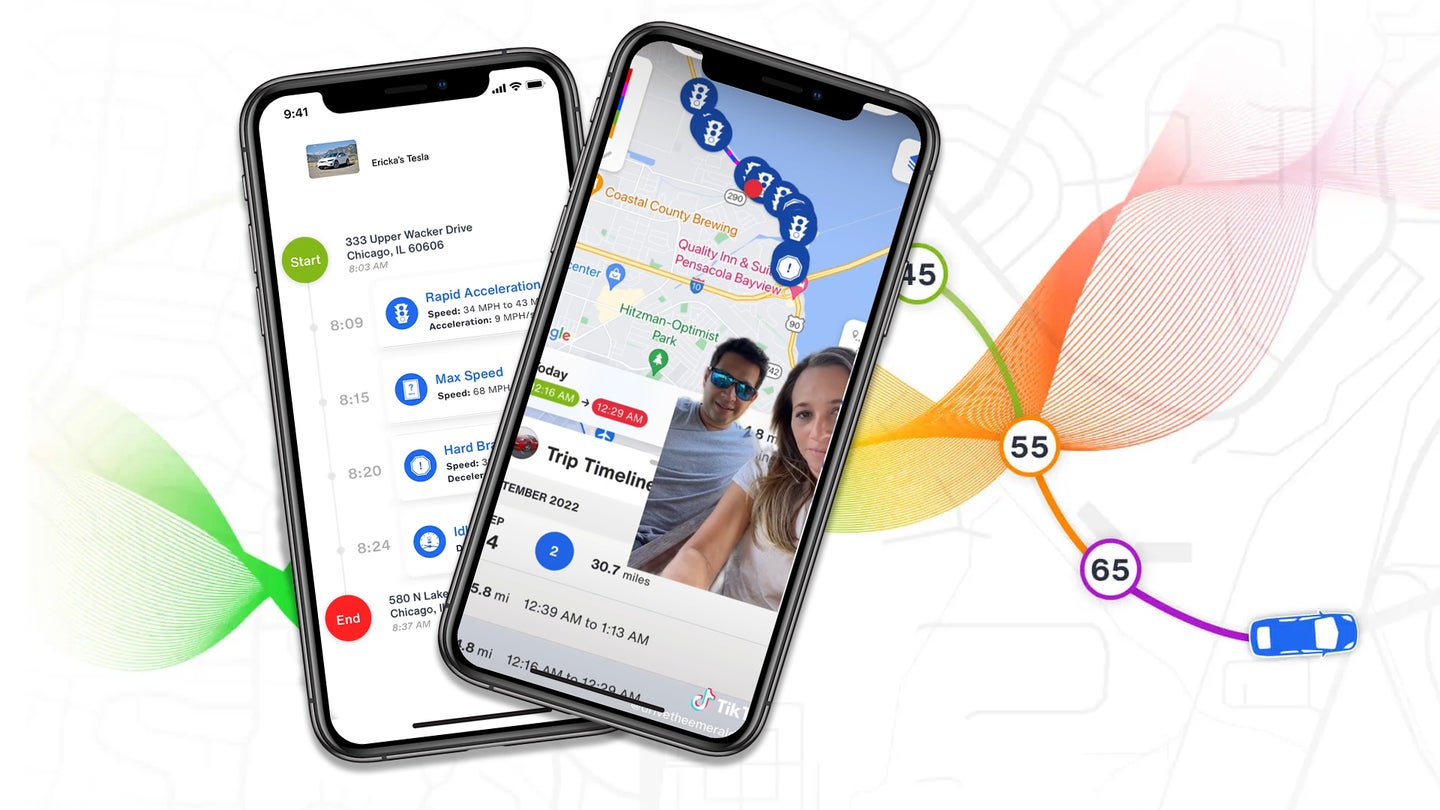 Getting from Point A to Point B in 2022 has never been easier. You can ride public transportation, hop an e-scooter, grab an Uber, or rent a car. And we’re not just talking about renting from somewhere like Hertz (which could just get you arrested)—with apps like Turo, you rent nearly anything without ever walking up to a service counter, even your dream car for a weekend. There’s just one problem: treating your Turo like a regular ol’ rental hooptie might result in a bit of public shaming.

Tiktok in particular is a hotbed for Turo hosts. A simple search will show plenty of people flexing their rental fleets, or showing off what a day in the life of a so-called car landlord is really like. But there are also videos that condemn renters for their behavior in rented vehicles, calling them out for speeding, rapid acceleration, hard cornering, and excessive braking.

One video made by a pair of Turo hosts, Kyle and John, recently went viral after the duo showed off the alerts sent by trackers installed in their Porsche Boxster while it was loaned out on its second rental. The video showed rapid acceleration and harsh braking, along with speeding and other “expected” sports car-related infractions—I mean, people have done worse to Nissan Altimas from Enterprise, right?

Comments show that the public was fairly surprised about the ability to track the car. However, that’s not what raised flags for privacy experts. Eva Galperin, the Director of Cybersecurity at the Electronic Frontier Foundation, said that while tracking a vehicle without disclosing it is “gross,” making TikToks about it is an entirely different issue.

The story of the public Porsche bashing isn’t unique. In fact, social media is filled with Turo fleet owners complaining about renters.

Tiktok is just one example where hosts come to complain about renters, whether it be slamming their driving habits or sharing stories about how their vehicles were improperly used or damaged (for example, John and Kyle later posted a video saying that the renter accidentally filled up the Porsche’s oil with gasoline). There are also Facebook groups where owners share these experiences with one another, asking for advice while posting locations and driving data.

This isn’t the first time we’ve heard about Turo hosts using trackers to spy on owners while their vehicles were loaned out.

Earlier this year, the owner of a Tesla Model 3 who was renting out their car on Turo tracked their car throughout the trip. He saw that the renter brought the car to what he believed was a mechanic, only to find the renter had disassembled a portion of the vehicle to test fit aftermarket parts. In this case, the tracker was able to help the Tesla owner recover their vehicle while the renter was in violation of their rental agreement, however, one might feel a bit creeped out knowing that their every move is being watched.

While this type of behavior might seem a bit unprofessional, abusing a rental car could be seen in a similar light. Many hosts say that they purchase these types of trackers specifically to understand how their vehicles are being treated and to protect against theft should a renter not return the vehicle on time, or if the vehicle is stolen while in their possession.

In fact, Turo explicitly permits GPS tracking devices and even cameras in vehicles rented on its platform. There are several caveats, however, like receiving consent to use a dashcam in a rental. Turo doesn’t, however, require that an owner disclose a tracking or telematics device in the United States—and many Turo hosts in Facebook groups advise against telling renters that their vehicle is being tracked.

Vehicle tracking on Turo seems to be a double-edged sword. While it seems to be a necessity in order to thwart vehicle abuse and theft, hosts seem to be engaged in micromanaging-like behavior, watching every twist and turn that renters take. Perhaps knowing that a vehicle is being tracked will dissuade renters from abusing their rental cars, or maybe even from renting a car from Turo altogether. And when it comes to displaying that information in public posts, perhaps Eva Galperin’s description of “gross” does fit the bill.