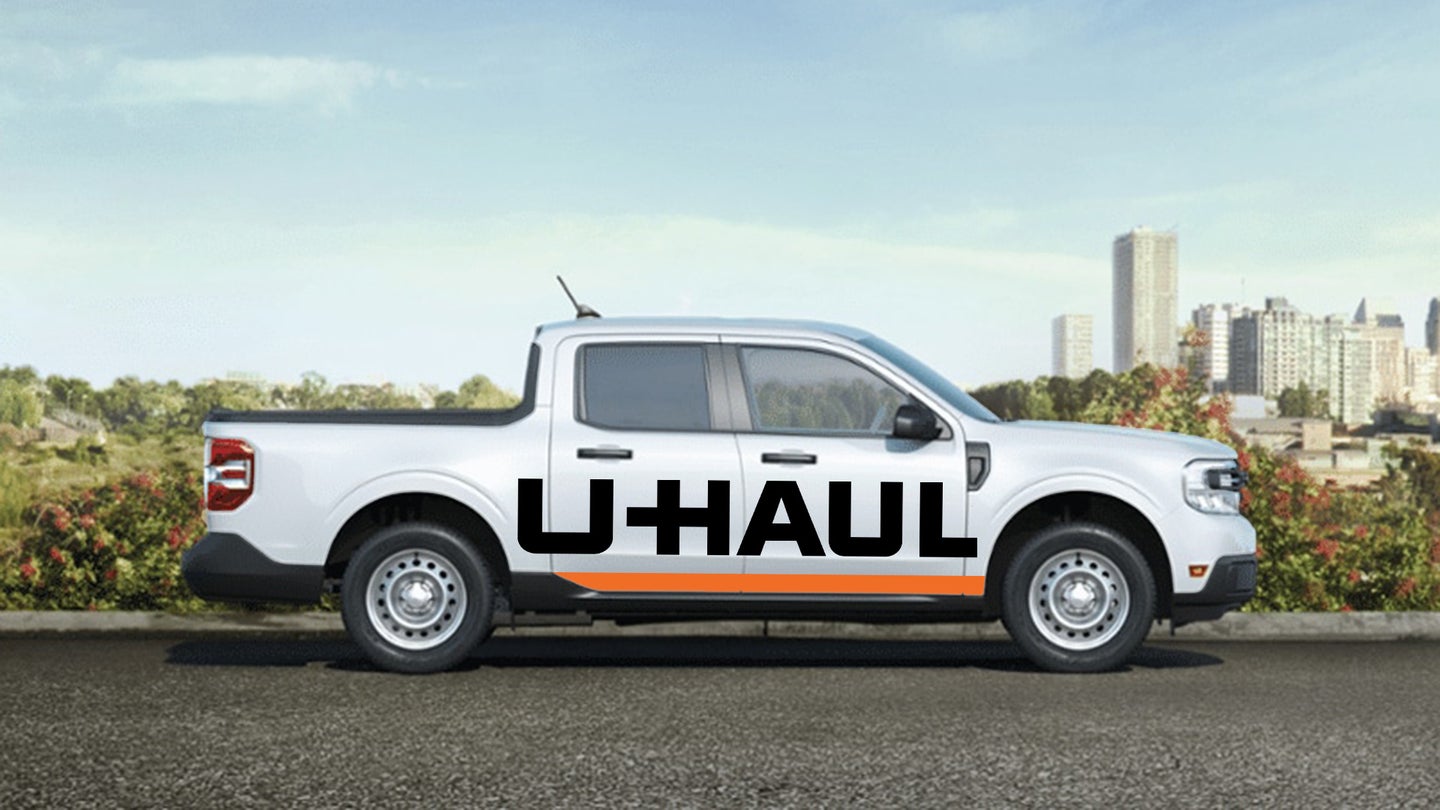 Stuck waiting for your new Ford Maverick to show up? Join the (growing) crowd.

Forum users over at Maverick Truck Club spotted a few new Mavericks available for rent, reportedly near Miami, for just $20 a day—mileage, fuel, and fees not included. (Editor’s note: May we suggest opting in for the extra coverage, just in case? Parts are probably a bear right now.)

Judging by our initial canvass of U-Haul locations, very few locations have the Mavericks for rent outside Miami. We reached out to U-Haul to ask where the trucks are located, what their specific trims are, and when the company made its fleet order. We haven’t heard back yet, but we’ll update this space when we do.

Rental trucks aren’t new, but in-demand trucks showing up in rental lots before a backlog of buyers get theirs can be highly frustrating. The automaker has said demand for the inexpensive trucks has skyrocketed, and build times are stretching further and further into the future to satisfy orders. Some configurations may be more likely to be built sooner, and some forum users speculated that their already-delivered trucks that were spec’d closer to fleet-spec and may have been first down the lines. It’s hard to blame Ford for that; orders are still orders.

Nonetheless, with dealers charging premiums above MSRP for the Ford Maverick, which is already in short supply, $20 a day doesn’t seem like such a bad deal to get acclimated to the new truck until it shows up. Call it a dry run, or helping out a friend with a fridge.

It wouldn’t be the first time that U-Haul, or similar fleet trucks, would become de facto rental cars. Last year, during a particularly painful rental car crunch, travelers rented vehicles from U-Haul or Home Depot when traditional rental car companies were completely out of stock. To be clear, we’re not saying that’s a bad idea.

The post U-Haul Rents Out Ford Mavericks Now While Customer Orders Stack Up appeared first on The Drive.