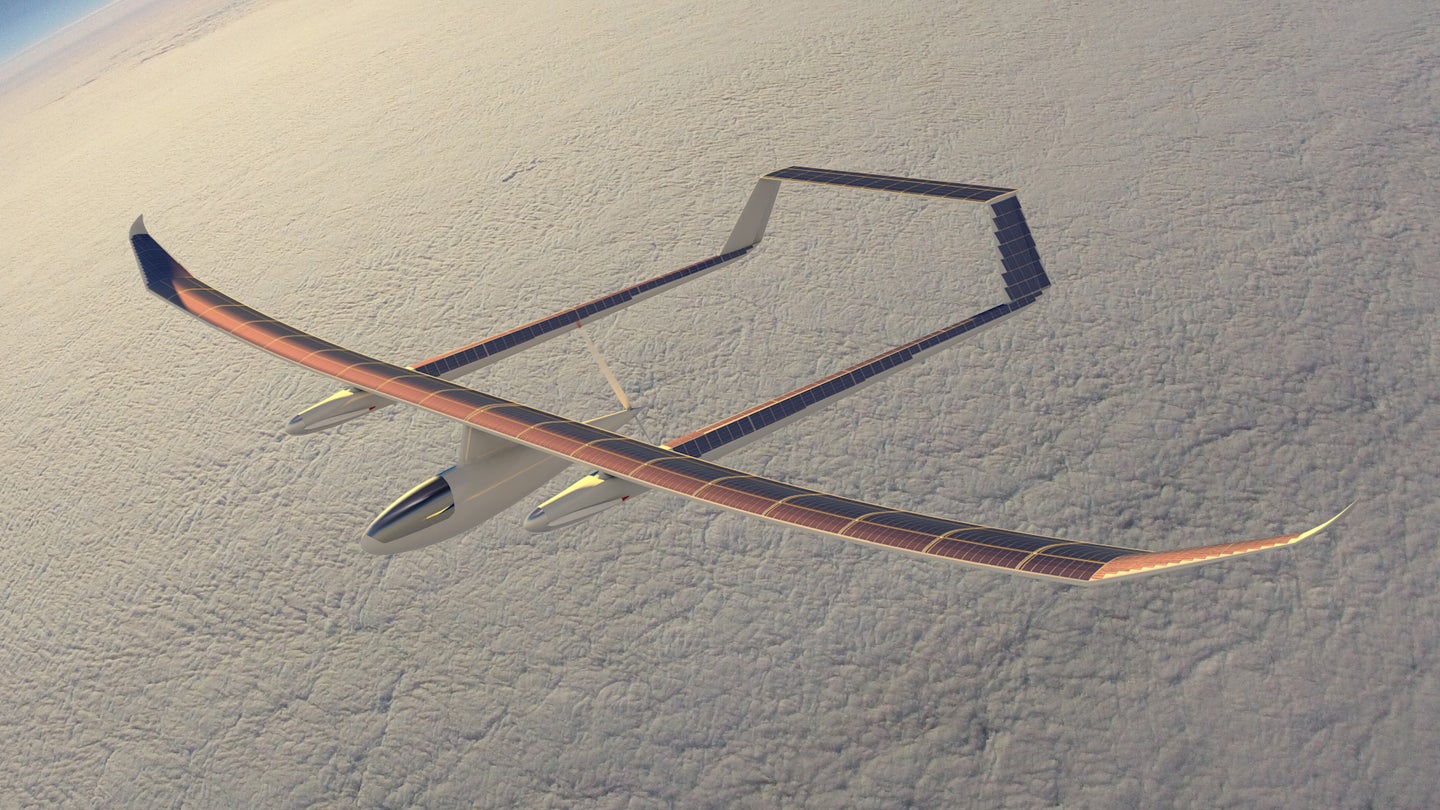 Could blimps, balloons, kites and solar gliders help U.S. Central Command overcome a reduction in its ability to have eyes on the region?

Those are among the solutions suggested at a recent two-day classified Intelligence, Surveillance, and Reconnaissance (ISR) summit CENTCOM held at its headquarters in Tampa, Florida this week, the command told The War Zone Friday afternoon.

With a reduction in overhead ISR assets and no more bases in Afghanistan, CENTCOM is faced with a capabilities gap. So it brought together more than 200 vendors, academic experts, industry leaders, and representatives from across the Defense Department to find new ways of providing “long-endurance alternate airborne ISR capabilities to solve continuity gaps” across the region, a CENTCOM media release said.

When asked about what kinds of solutions were presented, Army Col. Joe Buccino, CENTCOM’s spokesman, said he could only speak in general terms.

“There’s lighter-than-air technology, a balloon or a blimp or a kite, that kind of thing,” Bucchino told The War Zone.

Solar-powered gliders were suggested as well, along with “taking sensors and dropping them down in size and weight while maintaining the same ability to collect” as “among the kinds of solutions we were able to view.”

Some examples of the kind of systems CENTCOM may be looking at are already flying. We covered the Airbus’ Zephyr S solar-powered, very-high-altitude unmanned aircraft in the midst of a long-duration test flight earlier this year here.

U.S. military services are also investigating their own alternatives for long-endurance lower-cost ISR assets. During a 2021 exercise dubbed Unmanned Integrated Battle Problem 21, or UxS IBP 21, the Navy evaluated an “Ultra-Long Flight Endurance Unmanned Air Vehicle” from Vanilla Unmanned, primarily in the ISR role. Vanilla’s drone, which can stay up for days at a time, has since continued testing with the services and currently stands as one of the most proven and intriguing persistent lower-cost ISR capabilities available.

Last May, at least nine sophisticated balloons that could hold general station even against prevailing wind patterns were observed flying off both coasts of the United States, mainly in areas usually associated with military training and testing. The transponder-equipped balloons caught the interest of those monitoring flight tracking software, and have even been spotted from down below in a some instances.

These high-altitude balloons, dubbed Thunderheads, were the property of Raven Aerostar, a division of Raven Industries, based in Sioux Falls, South Dakota. In recent years, Raven Aerostar has been known for its collaboration with Google’s parent company Alphabet in Project Loon, an ambitious venture intended to extend Internet access to rural areas. The “Loon balloons” were designed by Raven Aerostar to fly at high altitudes for extremely long durations.

Project Loon announced it would shut down in January 2021, despite making significant technical strides. Since then, Raven Aerostar has continued to develop its balloon technologies for other sectors, notably in the realm of intelligence and defense. Many smaller tests preceded and followed the nine-balloon operation and as it sits today, Raven’s balloons are well-proven and could help CENTCOM get sensor payloads that can cover a broad area up in the sky for long periods of time.

We have a full explainer on the Raven ballons you can check out here.

The Army has also been looking into the use of different high-altitude balloon capabilities for various other roles, including those that would fly in the stratosphere and be able to launch swarms of unmanned aircraft. Some could be configured as loitering munitions, also known as “suicide drones,” over enemy-controlled territory. But the Army is also investigating whether these lighter-than-air vehicles could be configured as sensor platforms to collect various kinds of intelligence as well as act as communications relays.

The balloons are one part of a broader, layered Multi-Domain Sensing System (MDSS) concept that the Army is in the early stages of developing.

High-altitude airships have long been eyed for their ISR capabilities and America’s competitors are certainly very interested in pursuing the concept.

As the U.S. withdrew from Afghanistan last year, Pentagon and CENTCOM officials talked about how they would rely on “over-the-horizon” counter-terrorism capabilities, including both ISR and strike, to maintain a U.S. presence with no boots on the ground.

But a controversial American drone strike in Kabul last year that killed 10 civilians, including seven children, highlighted the difficulty of relying on drones. And that was just before the U.S. withdrawal.

For a good part of the last 20 years, other U.S. military commands complained about pent-up demand for ISR assets that were largely focused on the CENTCOM region.

With a hot war in Ukraine and increased focus on the Pacific, that’s changing and CENTCOM doesn’t have the same supply of assets as it did during the height of the wars in Afghanistan and Iraq. But there is still plenty of activity in that region. Just Wednesday, the command announced the killing of three senior Islamic State leaders in Syria. And Iran remains an ever-present source of tumult in the command’s area of responsibility.

So CENTCOM has to “implement new technology” and “look at ways of taking existing technology and apply it to the region,” Buccino said.

But it’s one thing to want something. Paying for it is another thing entirely.

“In terms of research and development, I would leave that question largely unanswered, because there are other pots of funds we’re looking to pull from and I wouldn’t want to jeopardize that,” said Buccino.

Unlike U.S. Special Operations Command (SOCOM), which is also headquartered at MacDill Air Force Base, CENTCOM does not have an acquisition budget or procurement office.

And that, said Buccino, is part of the challenge.

“So bringing in these ideas will allow us to potentially go to to the US military, go to the Pentagon, the department defense for procurement,” he said.

When asked if CENTCOM could work through SOCOM’s procurement office, Buccino said he was “limited in what I can say on that.”

“The answer is yes,” he said. “We did bring SOCOM into our ISR summit. We’re looking at a lot of the same problems and obviously the efficiencies that SOCOM is looking at.”

We reached out to SOCOM for comment and will update this story if and when we hear from them.

As for when he expects to see any of these technologies fielded, Buccino said that “no one has accused Army] Gen. [Michael “Erik”] Kurilla,” CENTCOM’s commander, “of being overly patient.”

“The U.S. military does not have a monopoly on good ideas for the employment of new technology,” Kurilla said in the media release. “We have troops in harm’s way; bringing in leading experts from the defense technology industry and academia, along with pioneers in physics research to share knowledge will inspire the kind of innovation our warfighters require. The threats in the region, rapid technological change, and competition for resources in the USCENTCOM area of responsibility require us to reexamine and reinvent our future approach to airborne ISR.”

Given funding pressures on the Pentagon, a greater focus on the Pacific, and billions of dollars in arms heading to Ukraine, it will be interesting to see how much traction this summit gets and how many long-range ISR assets CENTCOM will be able to deploy as a result.