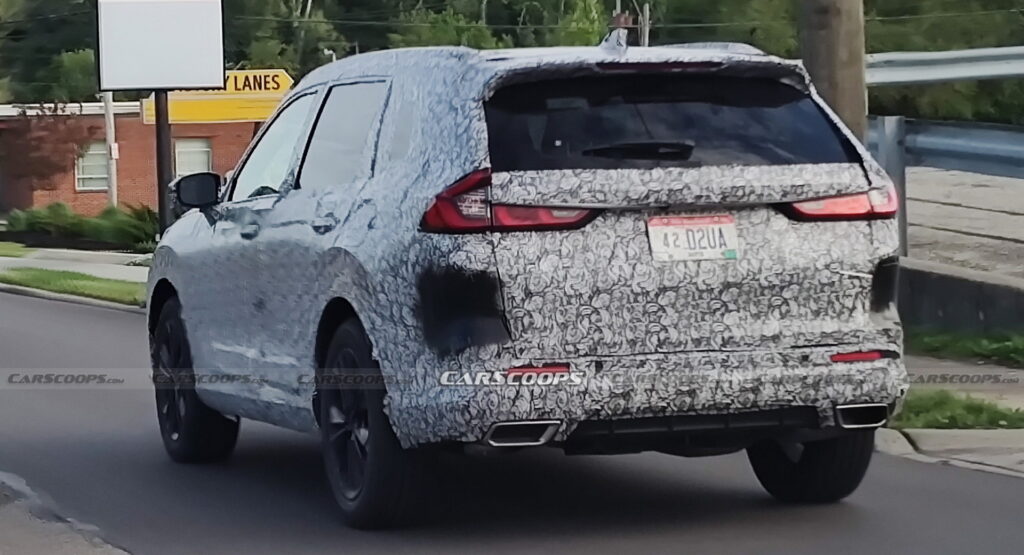 One of our readers has been kind enough to share pictures of a new 2023 Honda CR-V testing on public roads in Springfield, Ohio, about 30 miles from Marysville, where Honda operates a manufacturing and R&D facility.

The new model which enters the sixth generation of the popular CR-V series will mark a meaningful aesthetic departure from the current model with squarer proportions, a more upright frontal area, and a new grille design, all of which appear to paint a more mature picture, much like the new Civic.

These photos reveal a little more of the rear bumper and how the fake exhaust outlet will be integrated into it than previous spy photos. We can also see more of the taillights showing more of their design and how they fit in with the tailgate. Leaked images from China, meanwhile, suggest that they will extend upwards, too, to bracket the rear window, a little like the Volvo XC60’s taillights. 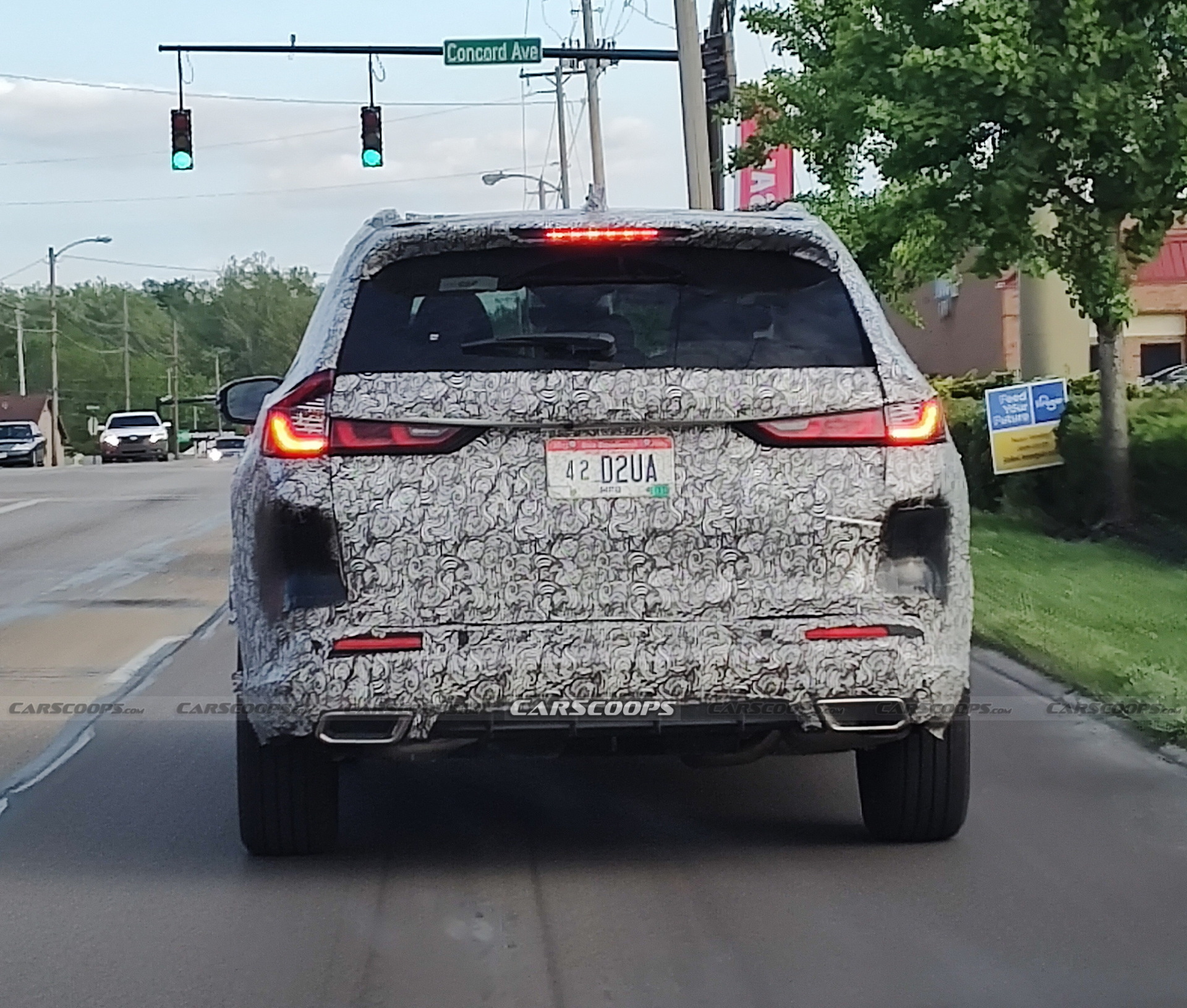 Elsewhere, the new CR-V should benefit from a number of technological improvements, including a new digital instrument cluster and infotainment screen. An added focus on premium materials and minimalist design may also define the interior and it will likely grow to fit more passengers and stuff.

Under the hood, we expect to see some familiar, albeit updated, powertrain options that are likely to include a turbocharged 1.5-liter engine and an e:HEV hybrid combining a 2.0-liter engine with two electric motors. The latter is expected to be the only one offered in Europe while North America is expected to get both.

It is anticipated that the new CR-V will debut within the next few months and go on sale around the world during the third and fourth quarter of the year. Unlike the new HR-V, we expect design differences between international markets to be minimal. 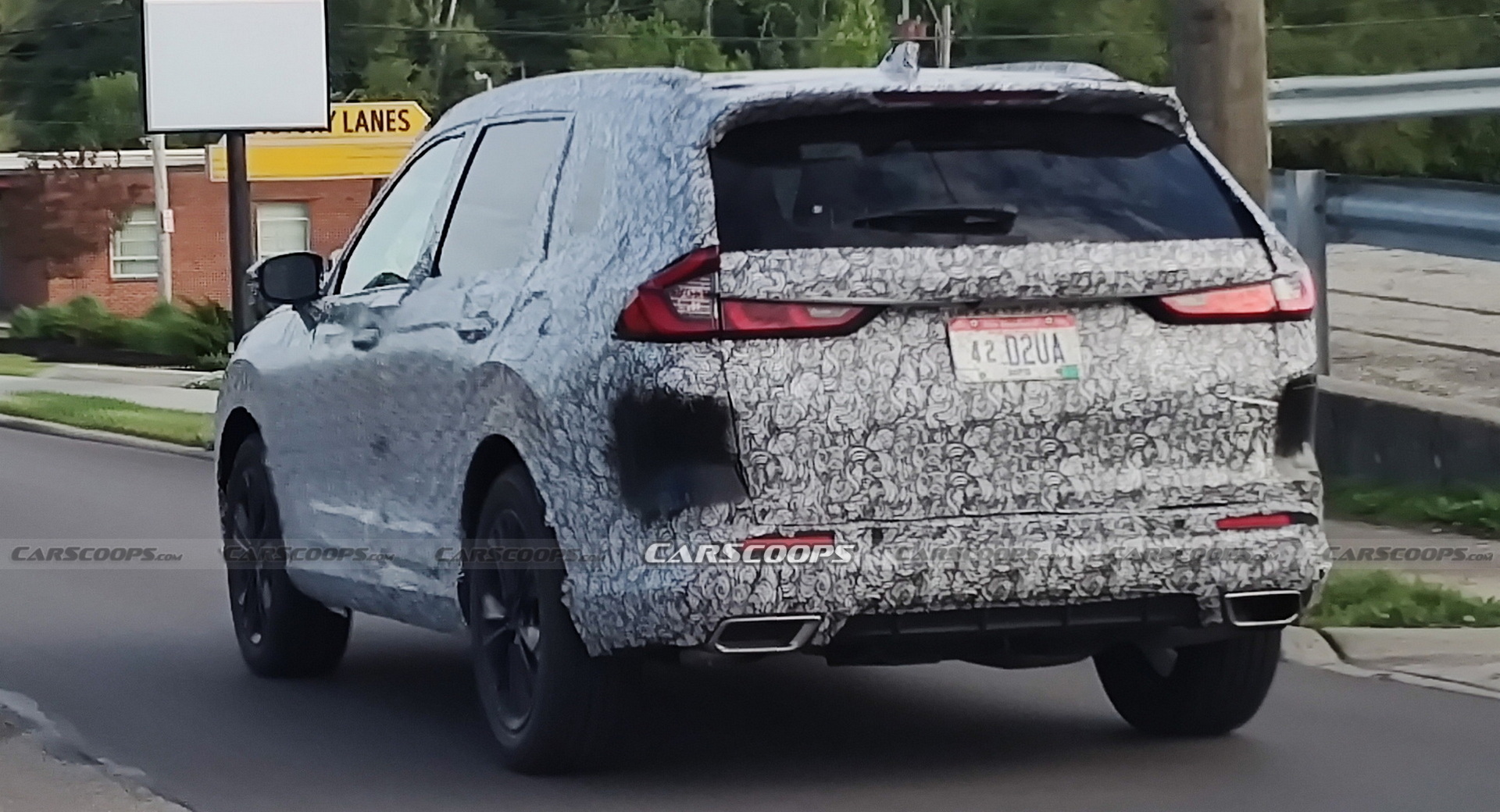 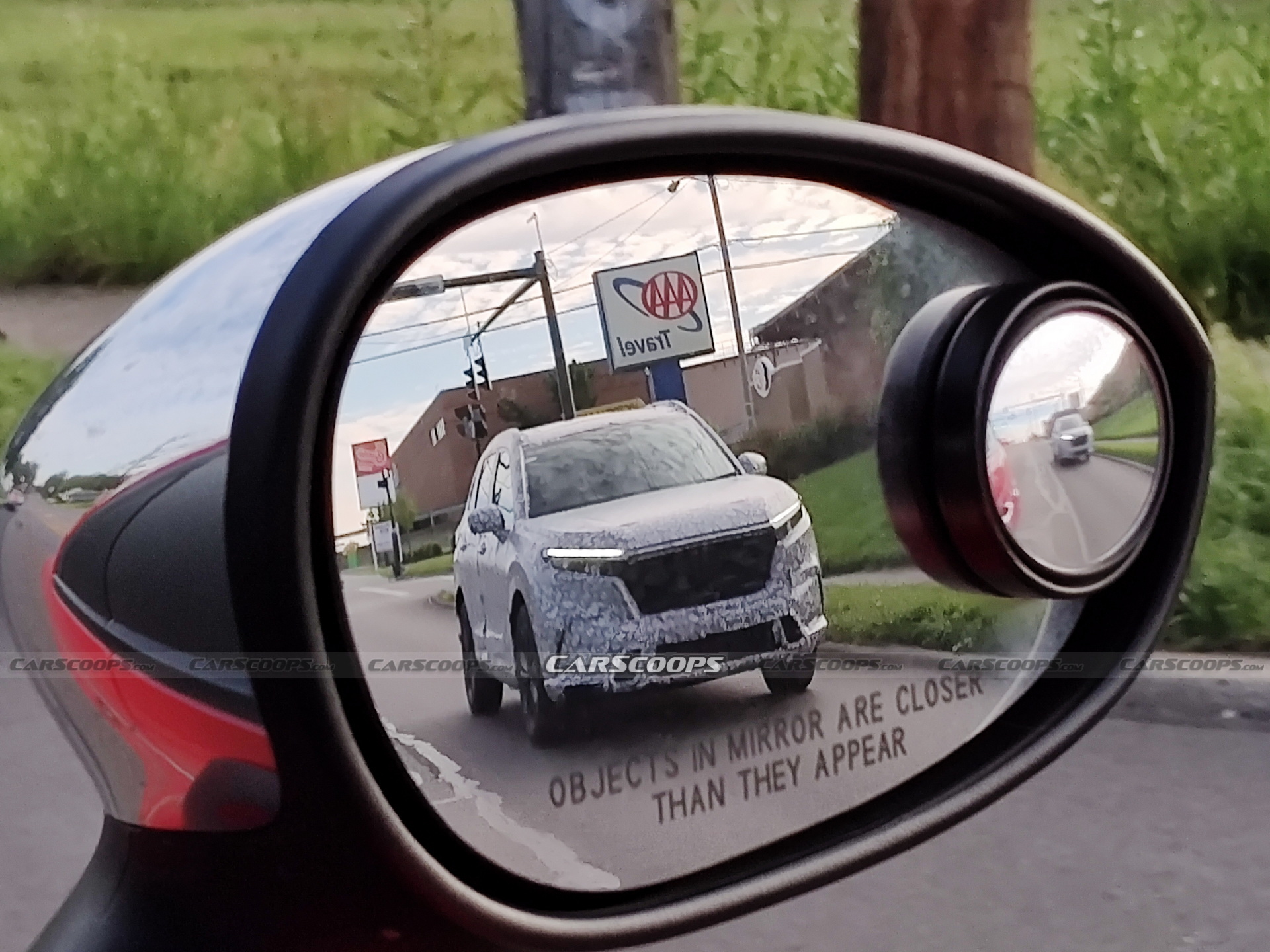