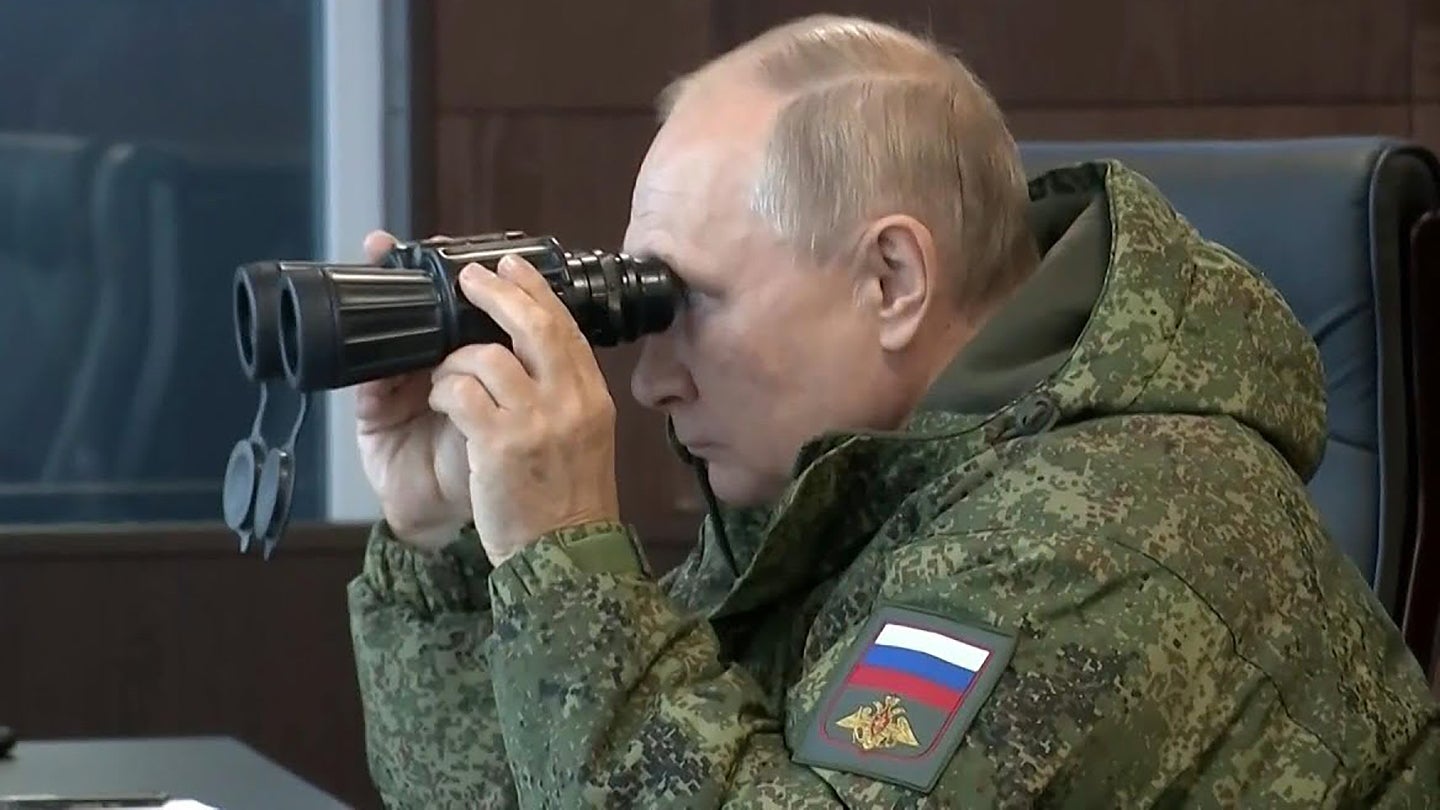 The supposed visit and any details thereof remain unconfirmed, with the word “eventually” doing some heavy lifting here. Russia’s ‘special military operation’ in the Donbas has become what’s best described as a meat grinder along the frontline near Bakhmut with minimal gains at great cost while abandoning offensives elsewhere.

The latest intelligence update from the British Ministry of Defense focused on the situation near Bakhmut, specifically that the town has become a symbolic, political objective for Russian forces.

Putin visiting so close to the frontline would be a huge development, given the monumental security concerns involved. Ukrainian special forces and drones, and in some cases artillery, as well as other covert actions and unsanctioned actors, could all pose threats to a visiting Putin.

The Kremlin would also have to worry about its own soldiers. How many angry mobilized conscripts would gladly take a shot at the man who sent them to war? Part of the visit has to be to improve morale, but doing just that invites its own risks given the numerous mobilization debacles. Still, we know Putin’s visits are often tightly controlled and carefully staged, but the battlefield is a far more variable environment regardless of these efforts.

Regardless of this claim, we wouldn’t hold our breath for Putin to be shaking hands with anybody in Donetsk anytime soon, but more surprising things have happened in this war. There have also been scathing comparisons with Zelensky and Putin when the Ukrainian president visits his frontline forces.

The Institute for the Study of War (@TheStudyofWar) and NASA’s Harvest Program (@HarvestProgram) collaborated on a map showing the war’s incredible impact on Ukraine’s wheat harvest.

Diplomatic efforts throughout the summer largely focused on the Black Sea grain corridor for Ukrainian exports, but the truth is quite a bit never made it to the ports. The deal nearly collapsed earlier this fall when Russia briefly withdrew after the Ukrainian raid on Sevastopol on October 29.

The strikes are the latest in Russia’s ongoing campaign against Ukrainian energy infrastructure, which you can read more of our coverage on here. The continued attacks, as well as the threat of Iranian-supplied short-range ballistic missiles becoming part of the barrage, recently prompted NATO to consider transferring MIM-104 Patriot surface-to-air missile systems to Ukraine. But doing so, if they actually decide to execute such a plan, will take months to realize, at the least.

Finland is now reportedly transferring its decommissioned power grid equipment to Ukraine in an effort to speed up repairs as power needs grow further into winter.

We wrote about the narrowing gap between Russian and Ukrainian artillery power, and now we have videos of two systems Ukraine is using to fight back against the Russian onslaught.

Most interesting is footage from inside the cab of a BM-21 Grad during a salvo. With each 122mm rocket leaving the tubes you can see the truck rocking back and forth.

There’s also a clip of Polish-made AHS Krab 155mm self-propelled howitzers on the move in Ukrainian service. The Krab is just one of the many NATO 6-inch caliber guns provided to Ukrainian forces, and its ability to shoot-and-scoot is vital to avoid devastating counter-battery fire.

That’s it for now. We will update this piece if anything major happens, otherwise we will be posting a new update soon.