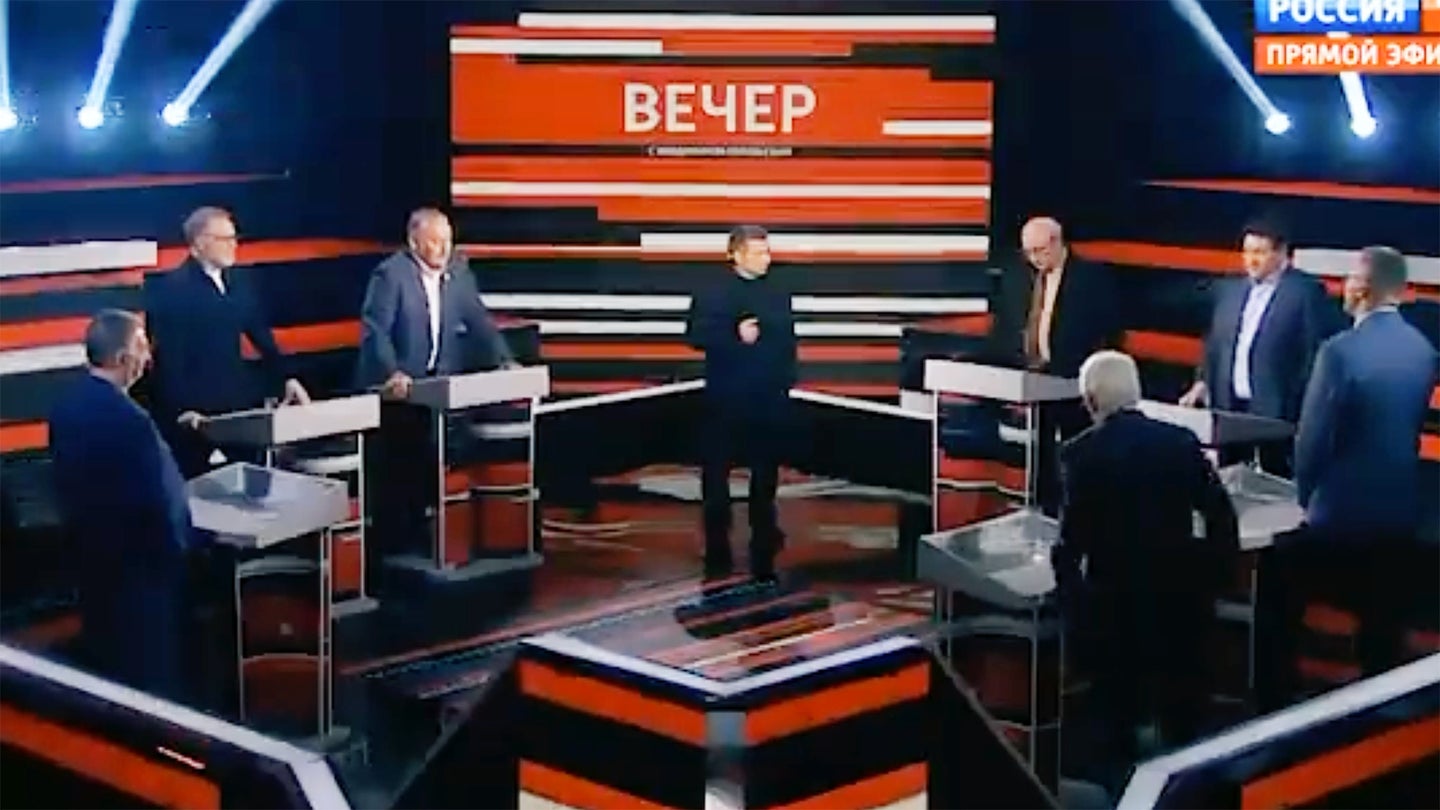 The discussion of a host of military topics is now banned from public debate within Russia. The decree comes as the Russian military’s battlefield defeats in Ukraine have mounted.

“Russian authorities have banned public discussions of a wide range of non-classified military subjects that activists say will effectively prevent the public from learning crucial information about the Armed Forces,” the Moscow Times reported. The “Federal Security Service (FSB) order, which enters into force Dec. 1, lists information that is not classified as a state secret, but which ‘can be used by foreign states, organizations, and citizens against Russia’s security.’”

Both the structure and size of the Russian Armed Forces are legally off-limits topics of discussion, according to the Moscow Times. Other punishable topics of conversation are weapons, troop deployments and training, troop morale, and crimes committed by military personnel.

In addition to outright opponents of Russia’s war on Ukraine, some of even the most ardent supporters of Vladimir Putin in the media have been outspoken in their critiques of certain aspects of the war effort. There have been reports that some Russian military bloggers have also raised the ire of the government for some of the content they produce and how it reflects on the Kremlin. It will be interesting to see how this is enforced going forward.

Before we dive into the latest news from the battlefield and beyond, catch up on our rolling coverage of the conflict here.

Just in the past month, as of Dec. 1., according to the U.K. Ministry of Defense map and others, as seen below, Ukrainian forces have liberated more than 3,800 square kilometers (1,500 square miles) from invading Russians. That’s a landmass the size of Maryland and Massachusetts combined. See the maps below.

Through much political upheaval, Britain remains committed to the Ukrainian cause, as evidenced by British Defense Minister Ben Wallace’s visit to a Ukrainian military training center, where instructors from New Zealand work with them. He observed a traditional haka display.

Ukrainian First Lady Olena Zelenska also met King Charles III in London during her first official visit to Great Britain since his ascendancy to the throne following the death of Queen Elizabeth II in September.

The frontlines in Ukraine continue to degenerate into what many observers of history would associate with World War I. In the video below, we see defensive positions built by Russian forces near occupied Vrubivka, in the Luhansk Oblast, are visible in recent satellite imagery. Construction of these positions began last month.

The below photos from Bakhmut, Donetsk Oblast, one of the most highly contested – and destroyed – areas of the front, give a clearer view of these fortifications. The photographs, provided to RFE/RL by the Ukrainian military, show Russian fortifications around the Russian-occupied village of Volodymyrivka, located near Bakhmut in Ukraine’s eastern Donetsk Oblast.

There is a video to back up the pummeling Russian forces are receiving as they dig in for the winter and attempt to hold off ongoing Ukrainian assaults. A particular Russian unit’s desperation to escape very precise Ukrainian shelling is evident in the video below.

Ukrainian troops overran a Russian military position near the Svatove-Kremina front. The video below shows several abandoned Russian tanks, self-propelled howitzers, fuel trucks, and other equipment. Most vehicles look in workable condition, though it is difficult to tell in such a quick clip. The vehicles that are not damaged beyond repair could be repurposed for service with Ukrainian forces in future battles against their former owners or at least stripped for useful parts.

Ukrainian forces have already put a number of Russian heavy armor and other vehicles back into service, such as the T-80BVM main battle tank seen below.

Ukraine’s air force continues to fly sorties against opposition forces, as shown in the video below of a Ukrainian Air Force MiG-29. Night flight shows.

Drones have been used to a great extent in this war for reconnaissance, artillery correction, and opportunistic strike missions. Many in-service drones are commercial designs repurposed to carry small explosives, like the one in the video below. It shows tests of a large, fairly rudimentary quadcopter armed with what appears to be six weights simulating bomb payloads. Both sides, and Ukraine in particular, have innovated rapidly using commercial drones armed with jerry-rigged munitions for dropping on individual soldiers, entrenched positions, and vehicles.

Turkish-supplied BMC Kirpi mine-resistant, ambush-protected vehicles were recently seen in Ukrainian service. Kirpi means “hedgehog” in Turkish and, as is seen in the video below, their new owners are now calling them by the Ukrainian word for that animal, yizhak.

Ukrainian officials have been clamoring for longer-range munitions to strike far behind Russian lines. U.S. and NATO supporters have complied to a point but continue to officially withhold weapons that will allow Ukraine to strike beyond the Russian border. Still, munitions continue to find their way into Russian territory, namely improvised kamikaze drones, activating Russian missile defense systems in Belgorod and elsewhere.

Ukrainian troops demonstrated the use of their Soviet-era GP-25 40mm grenade launcher. With an effective range of 400 meters, the weapon can be attached to the underside of an assault rifle or fitted with a stock, as seen below, for use as a standalone grenade launcher.

The post Ukraine Situation Report: Russia Cracks Down On Military Reporting appeared first on The Drive.