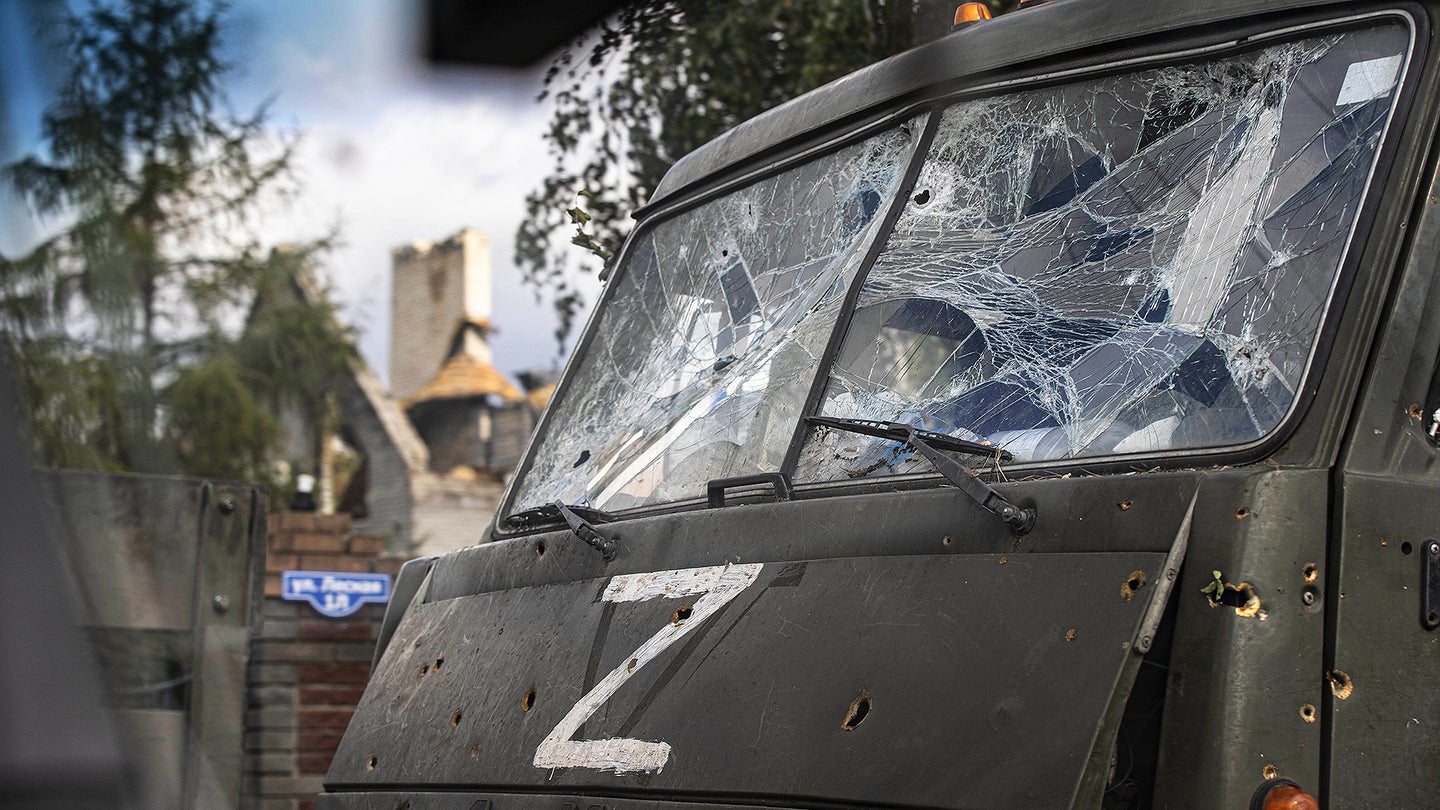 Russian forces are breaking contact and withdrawing from advancing Ukrainian troops as Kyiv presses its advantage in the southern district of Kherson, towards the banks of the Dnipro river.

The U.K. Ministry of Defense said Russian forces are now “typically” fleeing from Ukraine’s forces rather than digging in and defending territory they have occupied for months.

“Russian commanders are likely to see the growing threat to the Nova Kakhovka sector as one of their most pressing concerns,” where Ukrainian forces already have heavily damaged bridges across the Dnipro River, the U.K. MoD said in its Oct. 6 assessment of the conduct of the war. The recent advances represent an escalation of the Ukrainian offensive in the south that began on Oct. 2, the U.K. MoD said.

“Advancing south, Ukrainian units have pushed the front-line forwards by up to an additional 20 [kilometers], primarily making gains along the east bank of the Inhulets and west bank of the Dnipro, but not yet threatening the main Russian defensive positions,” the U.K. MoD said.

Both major river crossings of the Dnipro in the region are constantly targeted by Ukrainian artillerists armed with advanced Western artillery weapons like the M30A1 Guided Multiple Launch Systems (GMRLS) rockets. Those munitions can be fired with high precision by both the U.S. -supplied M142 High Mobility Artillery Rocket System, or HIMARS, and the M270 tracked launcher.

Those river crossings remain Russia’s last avenues across the Dnipro as they fall back in the face of the Ukrainian advance, according to the U.K. MoD. Without them, the only routes of resupply for Russian forces on the western riverbank are ferries and a pontoon/barge bridge that comes under constant fire while Russian engineers work to build the span. As Ukrainian forces get closer, this type of shelling will only get worse making retreat extremely problematic.

The Antonovsky Bridge in Kherson, where those temporary crossings are established, has come under heavy attack by Ukrainian forces in recent days, a resumption of the bridge-busting campaign that preceded Kyiv’s major double-pronged offensive in the east and south.

“Russia faces a dilemma: withdrawal of combat forces across the Dnipro makes a defense of the rest of Kherson Oblast more tenable; but the political imperative will be to remain and defend,” The U.K. MoD said. ”Russia has committed most of its severely undermanned airborne forces, the VDV, to the defense of Kherson. Therefore, Russia currently has few additional, high quality rapidly deployable forces available to stabilize the front: it likely aims to deploy mobilized reservists to the sector.”

The situation on the ground is challenging to follow as Ukrainian forces continue their multi-pronged drive against Russian forces. Ahead of diving into the details from the past day, feel free to check out our previous rolling coverage of the conflict here.

To the south, in the town of Tryfonivka in Kherson, Ukrainian soldiers raised their yellow-and-blue flag after ousting the Russian occupiers, as seen in the video below.

Ukrainian troops are being greeted by local residents who have lived through months of Russian occupation and whose land was supposedly ‘annexed’ just recently by Moscow.

President Zelensky implored NATO to strike Russia preemptively to keep it from using nuclear weapons, although it seems that his press secretary may have walked the statement back a bit.

Russian troops are falling back in disarray around Lyman in Donetsk, as evidenced by the video below. The footage is shot by a soldier riding on an infantry fighting vehicle (IFV) that is retreating at high speed through a town strewn with damaged and destroyed vehicles. At least two other IFVs are seen fleeing alongside it.

Damaged and operable Russian equipment litters the areas being evacuated by retreating units, now including more-modern T-80 tanks, though not the most modern T-80UM. Some of those vehicles will be returned to service by Ukrainian forces against their former owners. Others will be picked over for spare parts.

Many Russian combat vehicles are destroyed outright, as the T-72 tank is in the below video of a battle in Kherson Oblast. Like many before in this conflict, the tank experiences a catastrophic detonation of its internal ammunition stores, resulting in a powerful explosion.

The T-72 keeps its ammunition in a ring below and around the main turret gunner’s station. When struck directly by enemy fire, the entire magazine tends to ignite in a catastrophic fireball, as seen in this other recent video below.

In another similar instance, a Russian BM-27 Uragan 220mm Multiple Launch Rocket Systems (MLRS) was engaged by a Ukrainian tank across a field. The tank scored hits on the launcher and the vehicle used to transport and load rockets into the weapon.

Despite very public setbacks in his campaign to conquer Ukraine, Russian President Vladimir Putin is reluctant to fire his top general that is ostensibly partially responsible for the conflict, according to the Institute for the Study of War think tank. Putin will “likely hold off on firing Defense Minister [Sergei] Shoigu for as long as he feels he can to continue to blame Shoigu for ongoing military failures and build up support among other factions,” ISW said in its latest assessment of the war. Shoigu is understood to be leading the overall effort to subjugate Ukraine and made no public appearances for a time after the initial Russian blitz on Kyiv failed at the outset of the war.

Recently liberated areas of Donetsk and Zaporizhzhia were attacked by Russia overnight. Both regions were recently “annexed” by Russia following sham referendums. Russia is launching airstrikes and blowing up critical infrastructure in areas it claims are its own and not a part of Ukraine. Zaporizhzhia was hit with missile strikes, destroying buildings and setting fires, as seen in the photos below.

In Donetsk, retreating Russian forces blew up a dam, according to the Kyiv Independent new service. The resulting flood inundated a town with a pre-war population of 3,900 people.

In Moscow, Russian state media are reporting a car bombing, perhaps another symptom of discontent with Putin’s war. Since mobilization was instituted, incidents of upheaval and opposition have spread throughout Russia proper and its territories, from which many of its new troops are being conscripted. It is also another reminder that the repercussions of this war are being felt deep within Russia, far from the front lines. According to The New York Times, Ukrainian operatives already has assassinated the daughter of a prominent Russian nationalist near Moscow.

So desperate are military-aged Russian men to escape conscription under Putin’s mobilization policy that two of them have reportedly sailed from Russia to Alaska across the Bering Strait. According to Alaska News Source, the pair were detained by the U.S. Coast Guard after sailing a “small boat” to St. Lawrence Island, 300 miles by sea from their point of departure in northeast Russia. The Associated Press Stefanie Dazio later confirmed the account.