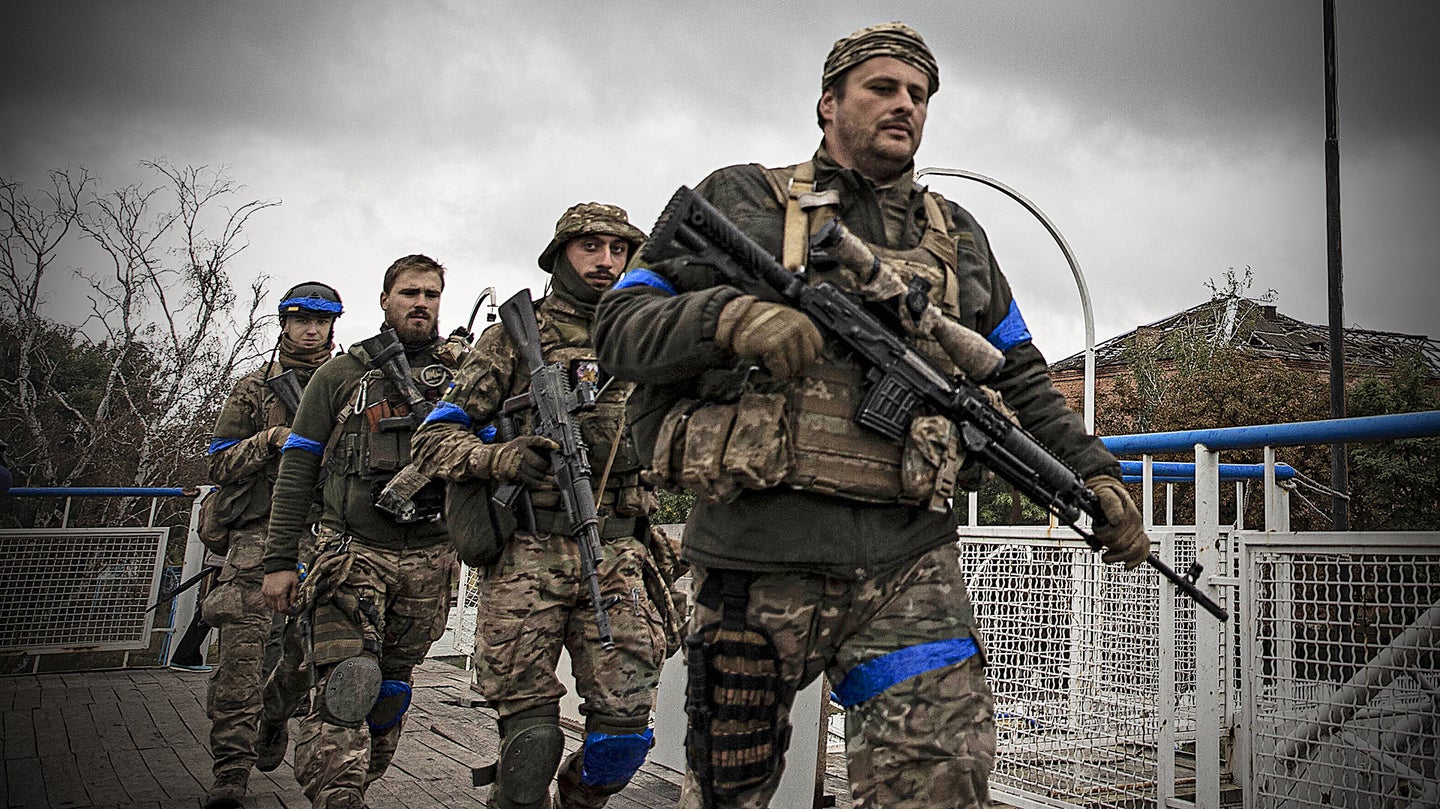 The Marine Corps’s top officer says there are many lessons and affirmations to be learned from how Ukrainian troops are fighting Russians.

Especially in Ukraine’s empowerment of small unit leaders and its use of surveillance and countersurveillance to target artillery fires. These are two elements that are a big part of Marine Commandant Gen. David Berger’s Force Design 2030 concept to remake the Corps into a forward-deployed, distributed force under the guns of a peer adversary like China.

Ukraine’s success on the battlefield “does reaffirm the fact that small unit leaders who are well-trained, who have the experience and maturity to make decisions and are empowered to make decisions in lieu of detailed guidance is powerful,” said Berger, speaking at the Defense One’s State of Defense virtual conference Thursday.

“Even when outnumbered, even when up against formations that are two, three, four times as big, if they are mobile, if they’re distributed, if they’re well-trained and well-led, they can actually achieve…a tactical advantage over a much larger organization even if it has some systems that the smaller units do not have.”

One of Ukraine’s great advantages over Russia is that its small units can operate with a degree of independence, reacting to battlefield conditions, while Russian units, under a highly rigid command hierarchy, have to wait for instructions from higher headquarters, leaving them unable to respond quickly to the dynamics of combat.

“So what did we learn? Partly that it reaffirms entrust, empower junior leaders. Stop micromanaging. Frankly, allow them to make decisions in lieu of detailed guidance, and then don’t jump down their throat if it’s done a little bit differently than you had in mind. Actually, reward ‘em for taking initiative. Don’t wait. Lean into it. Understand and accept risk.”

The ferocity displayed by Ukrainian troops “reaffirms the physical aspect of combat as well,” said Berger. “These aren’t machines versus machines. There’s a human toll. There’s an endurance factor. All of the physical toughness part that is the heart and soul of the Marine Corps [is] all playing out in Ukraine as well. And I don’t think it’s a big surprise to those of us who know that many of the Ukrainian tactical leaders trained in the U.S. at our schools alongside us.”

A big part of Force Design 2030 is the ability of Marines to operate in far-flung places, with few resources and limited ability to resupply in a contested area.

Ukraine has displayed great logistics prowess and adaptability, which the Marines would have to rely on to make Force Design 2030 work.

Before we get to the latest, get caught up on The War Zone’s previous rolling coverage of the war in Ukraine by clicking here.

As Ukrainian forces continue to consolidate their gains, more and more evidence is emerging of the brutality of Russian troops.

“Tomorrow there will be Ukrainian and international journalists in Izyum,” Zelensky said. “We want the world to know what is really happening and what the Russian occupation has led to. Bucha, Mariupol, now, unfortunately, Raisin… Russia leaves death everywhere. And must be responsible for it. The world must hold Russia to real responsibility for this war. We will do everything for this.”

Meanwhile, Ukraine’s swift and successful counteroffensive in the Kharkiv Oblast has finally forced Russia to admit what the rest of the world has seen. That its once-vaunted army is being routed by the nation it sought to conquer.

Instead of fabricating fantastic claims of victory, Kremlin leaders and their media mouthpieces are now turning on themselves, seeking scapegoats for battlefield failures.

“Beijing is perturbed by the impact on the global economy and has been careful not to give material support to Russia that could trigger Western sanctions on China’s own economy,” Reuters reported Thursday after the two leaders met in Uzbekistan.

China, apparently, isn’t the only nation worried about escalating tensions.

The Russians on Thursday threatened “to react” to the provision of such long-range munitions, which would make the U.S. “a party to the conflict.”

Drones, which have been used effectively by both Russia and Ukraine, apparently don’t raise as many concerns as ATACMS. Now more evidence is emerging of Iranian-made drones being used by the Russians.

While Russia has received some help from Iran, Ukraine continues to be the beneficiary of foreign military largesse.

Germany has agreed to send Ukraine another tranche of weapons; two more MARS II MLRS systems – a country-specific derivative of the M270 – and 50 Dingo All Protection Transport vehicles.

Germany is also involved in another arrangement to supply Ukraine. Greece has agreed to send Ukraine 40 BMP-1 infantry fighting vehicles (IFV). In exchange, Greece will get 40 German Marder IFVs.

In addition to those promised vehicles, weapons watchers have spotted Finnish-supplied Sisu XA-180/185 amphibious armored personnel carriers, which no doubt are coming in handy.

With Russia losing so much ground and Ukraine continuing to be the beneficiary of global support, Russians may seek alternative means of prosecuting the all-out war they launched on Feb. 24. One propagandist went as far as to suggest an international coalition, wherein Russia would partner with Syria, Cuba, Nicaragua, Iran, North Korea and some African states to fight against Ukraine.

Meanwhile, damage control is being done in the so-called separatist ‘Luhansk People’s Republic’ after Ukraine’s stunningly successful offensive. Nerves are clearly rattled that Ukrainian forces will push south next, as it has stated it would do, at least at some point.