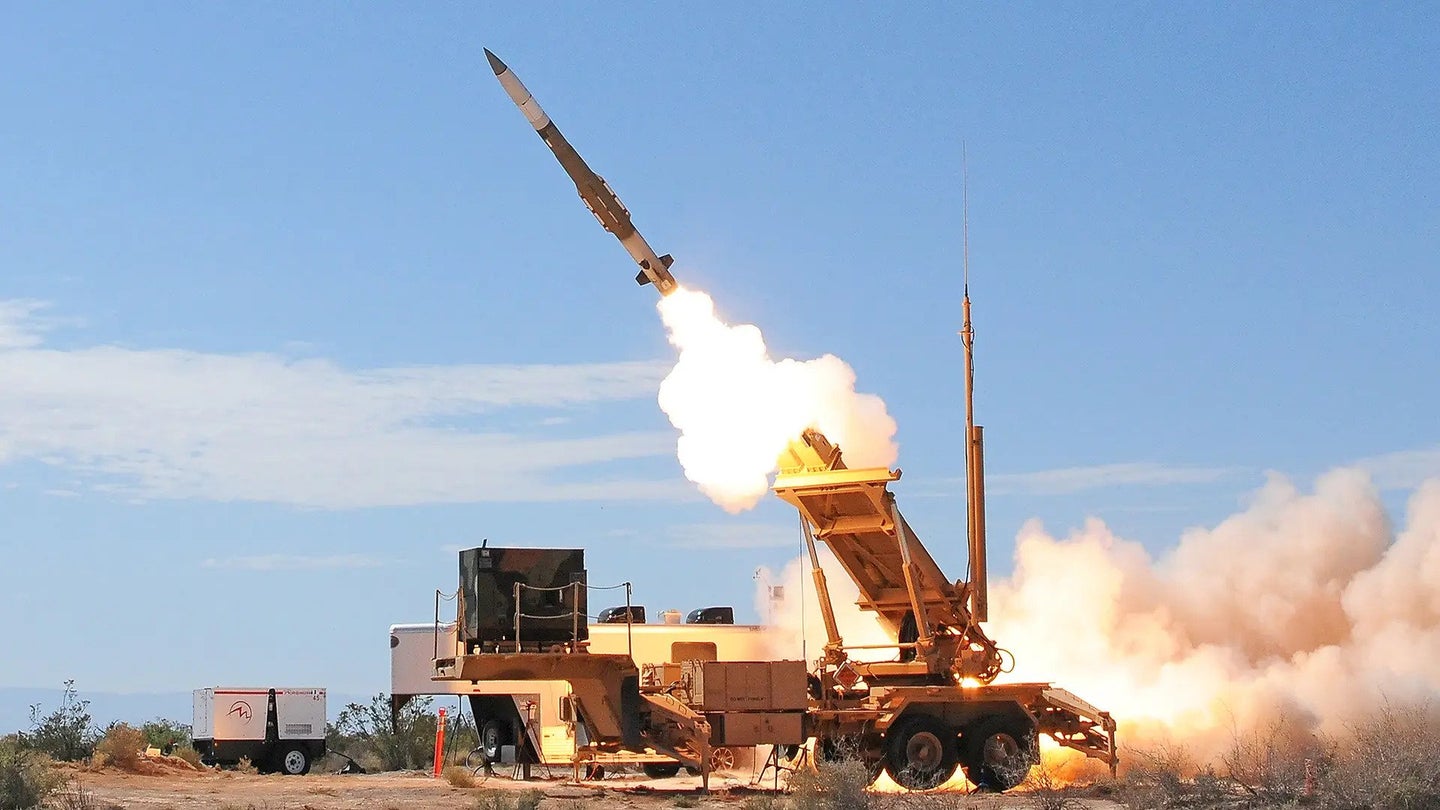 Standing at the podium in the East Room of the White House, Ukrainian President Volodymyr Zelensky thanked President Joe Biden and the American public for the ongoing support provided to his country, including a nearly $2 billion military aid package announced earlier today.

He was especially thankful for the Patriot air defense battery included in that package, the first time the advanced system has been provided to Ukraine, which has been facing waves of Russian missile and drone attacks that have damaged a great deal of its power infrastructure.

“The strongest element of this package is the Patriot battery systems, something that will strengthen our air defense significantly,” said Zelensky, clad, as usual, in olive drab. “This is a very important step to create a secure base for Ukraine and that’s the only way we will be able to deprive the terrorist country and their terror attacks [on] our energy sector, our people and our infrastructure.”

But while Zelensky is grateful, a Pentagon official earlier on Wednesday acknowledged that that Patriots, though more advanced than anything else Ukraine has in its air and missile defense arsenal, are no “silver bullet.”

Though Patriots are “capable of intercepting cruise missiles, ballistic missiles and aircraft, It’s important to put the Patriot battery in context,” a senior U.S. defense official told reporters, including from The War Zone during a Wednesday afternoon Pentagon briefing. “For air defense, there is no silver bullet. Our goal is to help Ukraine strengthen a layered integrated approach to air defense that will include Ukraine’s own legacy capabilities as well as NATO standard systems. Patriot will complement a range of medium and short-range air defense capabilities that we have provided and the allies have provided in prior donation packages.”

You can read more about the Patriot system, its potential role in Ukraine, and some of the things it can and can’t do, in our coverage here.

The discussion comes against the backdrop of a potential boost to Russia’s armaments in the form of highly accurate Iranian short-range ballistic missiles (SRBM). Ukraine, already struggling with the challenge of protecting against current aerial threats, could face much greater problems if Iran actually delivers those SRBMS against which the country currently has little protection.

As The War Zone has explored in depth previously, substantial amounts of short-range Iranian ballistic missiles could have massive impacts on the conflict given Ukraine’s near total lack of defenses against them. This is especially concerning when it comes to the vulnerability of Ukraine’s already beaten-down power infrastructure. The Patriot system, while not perfect, would be a huge boon to Ukraine’s efforts to protect against this threat.

But it won’t be an immediate boost. The Patriots won’t provide any assistance to Ukraine in the near term.

“Patriot does require training and we expect it will take several months to ensure Ukrainian forces have the training they need to employ it successfully,” said the senior defense official, speaking on condition of anonymity. The official added that the U.S. is working with Ukraine to  “assist them to be able to manage and integrate a variety of [air defense] capabilities.”

Other than saying the training will begin “very soon,” the official, citing operational security concerns, declined to offer a timeline, say how many Ukrainian troops will be trained on the system, where that training will take place, or when the system will become operational in Ukraine. Nor would the official say exactly where the U.S. will draw the system from or how many interceptor missiles will be provided.

The newer interceptors enable Patriot batteries to cover far more area and have greater defensive capabilities against tactical ballistic missiles than the older versions.  With upgrades to the missile’s motor, control system, software, front-end thermal protection, among other modifications, it is a more effective and flexible weapon.

Regardless of which interceptor, Russia has threatened to attack the system.

In addition to providing few details about the Patriot systems being provided to Ukraine, the Pentagon officials offered little insight into the aerial precision-guided munitions included in today’s package. The senior U.S. defense official declined to say what kind of bombs the U.S. might include in such a package, how Ukraine would adapt them for their aircraft or whether it would find other ways to deliver those munitions.

Each JDAM kit consists of the guidance package and control section, tailfins for steering, and strakes attached to the bomb for stability and a limited gliding capability. This kit is then mated to an existing bomb body, normally a variant or derivative of the ubiquitous Mk 80 series of weapons. The JDAM is capable of hitting fixed targets in any weather and is so-called ‘fire and forget’ for the launching aircraft.

You can read much more about how they work and how they could work for Ukraine in our coverage here.

Though the U.S. and allies have provided Ukraine with tens of billions of dollars of aid, Zelensky has, understandably, asked for more.

“What’s going to happen after Patriots are installed?” Zelensky, the former comedian, asked jokingly at the joint press conference with Biden. “After that, we will send another signal to President Biden that we would like to get more Patriots.”

At the end of that press conference, Biden and Zelensky were asked by a Ukrainian journalist about why the U.S. has not provided Ukraine with everything it needs, including Army Tactical Missile System (ATACMS), which have a range of about 200 miles.

That sparked some laughs between the two leaders.

“His answer is yes,” the Biden said of Zelensky.

“I agree,” Zelensky replied, prompting laughter from the audience of dignitaries, military leaders and journalists.

Then Biden got serious.

“Why don’t we just give Ukraine everything there is to give? For two reasons,” Biden responded. “One: There is an entire alliance that is critical to stay with Ukraine, and the idea that we would give Ukraine material that is fundamentally different than is already going there would have a prospect of breaking up NATO and the European Union and the rest of the world.”

Secondly, those allies, said Biden, “are not looking to go to war with Russia, not looking for a third world war. And I think it can all be avoided by making sure that Ukraine is able to succeed on the battlefield. So anyway, there’s more to say, but I probably already said too much.”

But what he didn’t say is exactly how far the U.S. will go in terms of supplying Ukraine with more powerful weapons.

It remains to be seen how successful Ukraine will be without them.

The post Ukraine’s Patriot Missiles Will Take “Several Months” To Arrive appeared first on The Drive.