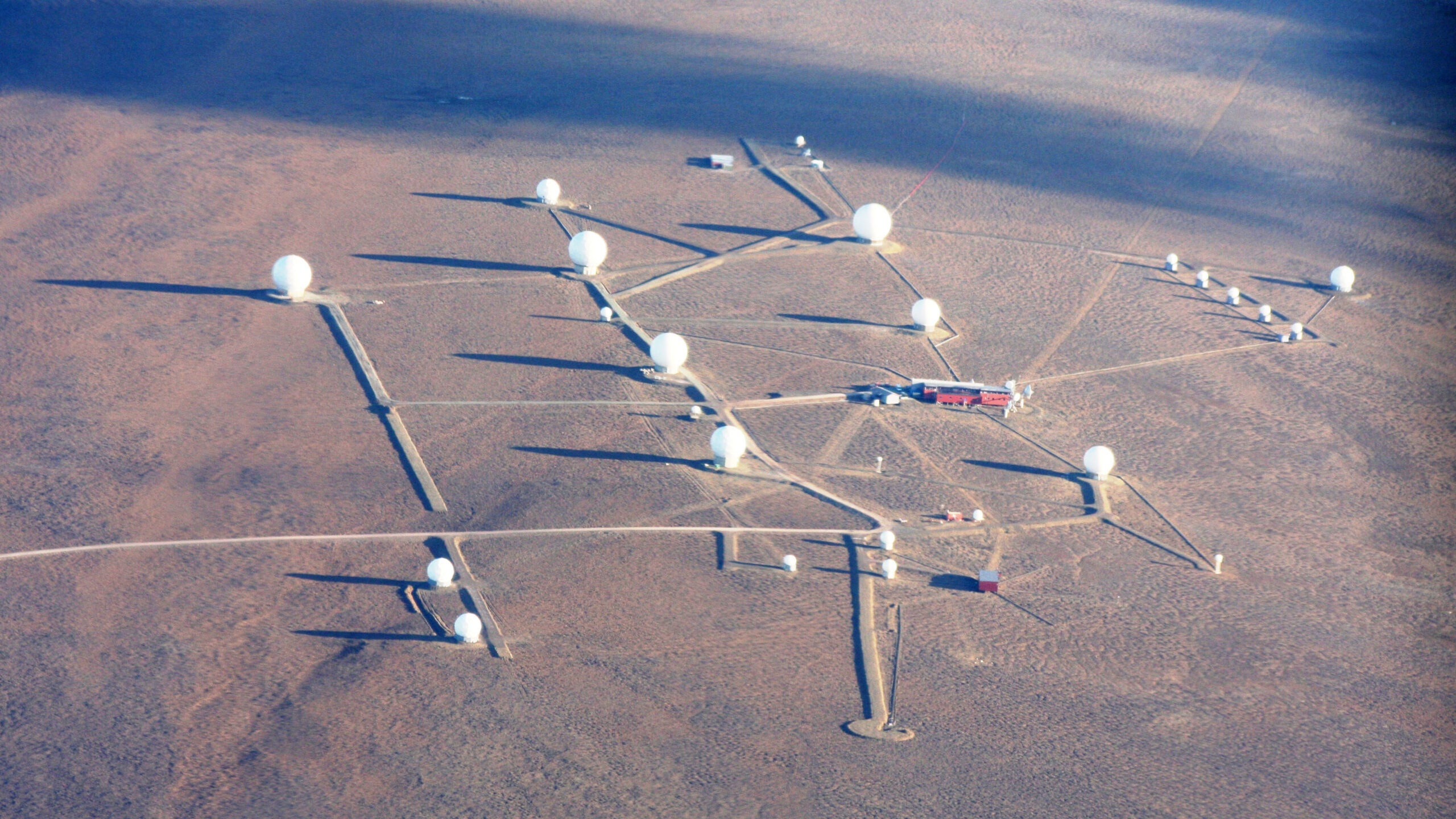 An undersea fiberoptic cable located between mainland Norway and the Svalbard archipelago in the Arctic Ocean has been put out of action in a still-mysterious incident. The outage on the subsea communications cable — the furthest north of its kind anywhere in the world — follows an incident last year in which different cables linking an undersea surveillance network off the Norwegian coast were severed, a story that we covered in detail at the time.

The latest disruption involves one of two fiberoptic cables that enable communications between the Norwegian mainland and Norwegian-administered Svalbard that lies between the mainland and the North Pole. The outage occurred on the morning of January 7, but was first widely reported yesterday. The extent of the damage is not clear from the official press release from Space Norway, the country’s space agency, which maintains the cables primarily in support of the Svalbard Satellite Station (SvalSat), but it is significant enough that it is expected to require the services of an ocean-going cable-laying vessel.

Bjoertvedt/Wikimedia Commons
The Svalbard Satellite Station atop the mountain of Platåberget on the island of Spitsbergen in Svalbard, Norway.

In addition to the SvalSat facilities, the fiber-optic cables provide broadband internet to Svalbard. The SvalSat site consists of more than 100 satellite antennas on a mountain plateau and is the largest commercial ground station of its kind.

Being located between mainland Norway and the North Pole means that SvalSat is in much demand with operators of polar-orbiting satellites, being one of only two ground stations from which data can be downloaded from these types of satellites on each of the Earth’s rotations.

Space Norway, which operates the undersea cables, confirms that the second is still functioning normally, but the loss of the first means there is now no redundancy available until repairs can be made.

The location of the disruption is in the Greenland Sea, between 80 and 140 miles from the town of Longyearbyen on Svalbard, the largest inhabited area on the archipelago. According to Space Norway, the affected cable is on part of the seabed that slopes down from 980 to 8,800 feet. This is why a cable-laying vessel will be needed to conduct the repairs, the difficulty of which will also be dependent on the depth of the damage section and the potential for poor weather.

GOOGLE EARTH
A map showing the respective locations of Longyearbyen on Svalbard and Andøya in northern Norway.

Known as the Svalbard Undersea Cable System, the dual communication cable runs between Longyearbyen and Andøya in northern Norway, each stretching more than 800 miles.

Nsandel/Wikimedia Commons
The Cable Innovator was one of the cable-laying vessels involved in laying the Svalbard Undersea Cable System.

Beyond that it is damaged, what happened to the cable is otherwise unclear at present. When cables that were part of the Lofoten-Vesterålen (LoVe) Ocean Observatory were severed last year, suspicion in some quarters fell upon the Russian government, which certainly has the means to do so.

“Something or someone has torn out cables in outlying areas,” Geir Pedersen, the LoVe project leader, said in a press statement last November. It was reported at the time that more than 2.5 miles of fiber optic and electrical cables had been severed and then removed. In total, LoVe uses more than 40 miles of cables in the Norwegian Sea.

LOVE OCEAN OBSERVATORY
Cables for the LoVe ocean observatory are prepared for deployment in May 2020.

Large parts of the missing cable in the LoVe incident were subsequently located “a good distance away from where it was originally located,” according to Norway’s state-operated Institute of Marine Research, or IMR.

The reason for the severed cables in the LoVe Ocean Observatory is still unclear, but the IMR is pursuing the matter with the Norwegian police.

Now, Space Norway says it will examine what was responsible for the outage on the Svalbard Undersea Cable System. At the same time, Norway’s Ministry of Justice and Public Security says it’s also following the situation closely.

As for the likelihood of deliberate sabotage on the Svalbard Undersea Cable System, this remains a possibility, as in the case of the LoVe Ocean Observatory cables.

The military value of the cables, and moreover of the SvalSat facility, is another potential reason for an espionage or sabotage mission. Although Svalbard itself is a designated demilitarized zone, there have been persistent suggestions — including from Russia — that SvalSat facilities on the archipelago are used to download data from military as well as commercial satellites. This is despite the fact that this would constitute a violation of the treaty that governs the demilitarized zone.

The investigation will likely include an effort to identify any ships or submarines that were active in the area in question around the time that the disruption was first reported. However, if a vessel was involved in deliberately tampering with the cable, it may have been operating without its transponder activated, meaning it would not have been broadcasting its positions to the Coast Guard or other agencies. That does not mean the vessel would have been invisible by any means, but it could have gone about its mission with less chance of scrutiny.

The inner workings of the Svalbard cables themselves could yield useful technical details, for anyone wanting to develop a similar system, for example. There is also the possibility that a rival power may wish to understand exactly what if any military-related data passes from satellites to the SvalSat facility, for onward transmission. This opens up the possibility that the damage could have been the result of failed undersea espionage operation to tap the cables or otherwise extract valuable data.

Beyond all this, the cables simply lie in an area that is of strategic significance to both Norway and Russia. It is a particularly vital passageway for Russian naval vessels, including surface ships and submarines, which use it to proceed from their bases in the northwestern part of the country out into the Atlantic. Determining whether or not any undersea network in this region has the ability to monitor those movements would be of great interest to the Russian Navy and the country’s intelligence agencies.

Just as was the case with the LoVe Ocean Observatory cables, there could be a more innocuous explanation as to the damage to the Svalbard cable, perhaps an accidental entanglement with a vessel or as the result of deep-sea dredging during natural resources exploration.

Bjoertvedt/Wikimedia Commons
Sign warning vessels to avoid snagging a fiber-optic cable on the coast of Svalbard.

However, the location of the incident, in the approaches to the increasingly strategic Arctic region may again lead to the suspicion that Russia may have played a role in the outage. As well as a spike in underwater activity by Russia in this area, the country is also busily establishing or reactivating military garrisons and airbases, including a growing number of forward-located airfields in the High North. The Russian Navy has also been involved in establishing underwater sensor networks and other infrastructure, including nuclear reactors on the seafloor.

After all, Norway has previously accused Russia of interfering with and otherwise aggressive actions toward its sensor and communications networks. In 2018, the Norwegian Intelligence Service (NIS) disclosed three separate instances in which Russian aircraft flew mock attack profiles against a secretive radar station in the north of the country. In 2017, the same agency blamed Russian jamming for disrupting cell phone and GPS services, due to electronic emissions during a military exercise.

MICHAEL NARTEN/PICTURE-ALLIANCE/DPA VIA AP
The Vardø radar installation and its Globus II array, which Raytheon originally built for the U.S. Air Force, were reportedly subject to mock Russian air attacks in the past.

The Russian Navy does have the capability to investigate and disrupt undersea cables. Last year, for example, the survey ship Yantar was operating off the Atlantic coast of Ireland. This vessel is known to carry deep-sea submersibles and sonar systems and has been suspected of covert operations involving undersea cables. It is often spotted operating in waters where cable lines are known to run down below.

Russia also operates a range of special mission submarines, as well as unmanned underwater vehicles of various types, which could potentially be equipped to both cut and tap cables. Among the most capable of these is the nuclear-powered midget submarine Losharik, which is also understood to be particularly tricky to detect and monitor, and that you can read more about here.

Howevr, Losharik
has been laid up since suffering extensive damage in a fatal fire in 2019. Russia does still have other similar special-mission boats available, as well as large mothership submarines that can are suitable for bringing them covertly to and from a mission area.

Once again, we have no evidence that this latest incident was related to Russian activity, but it does provide another reminder of the vulnerability of undersea cables and other infrastructure, whether to interference by hostile powers or not. Ultimately, a single submarine could pose a significant asymmetric naval threat, with the loss of a single cable having a disproportionate impact on a country’s information warfare capabilities.