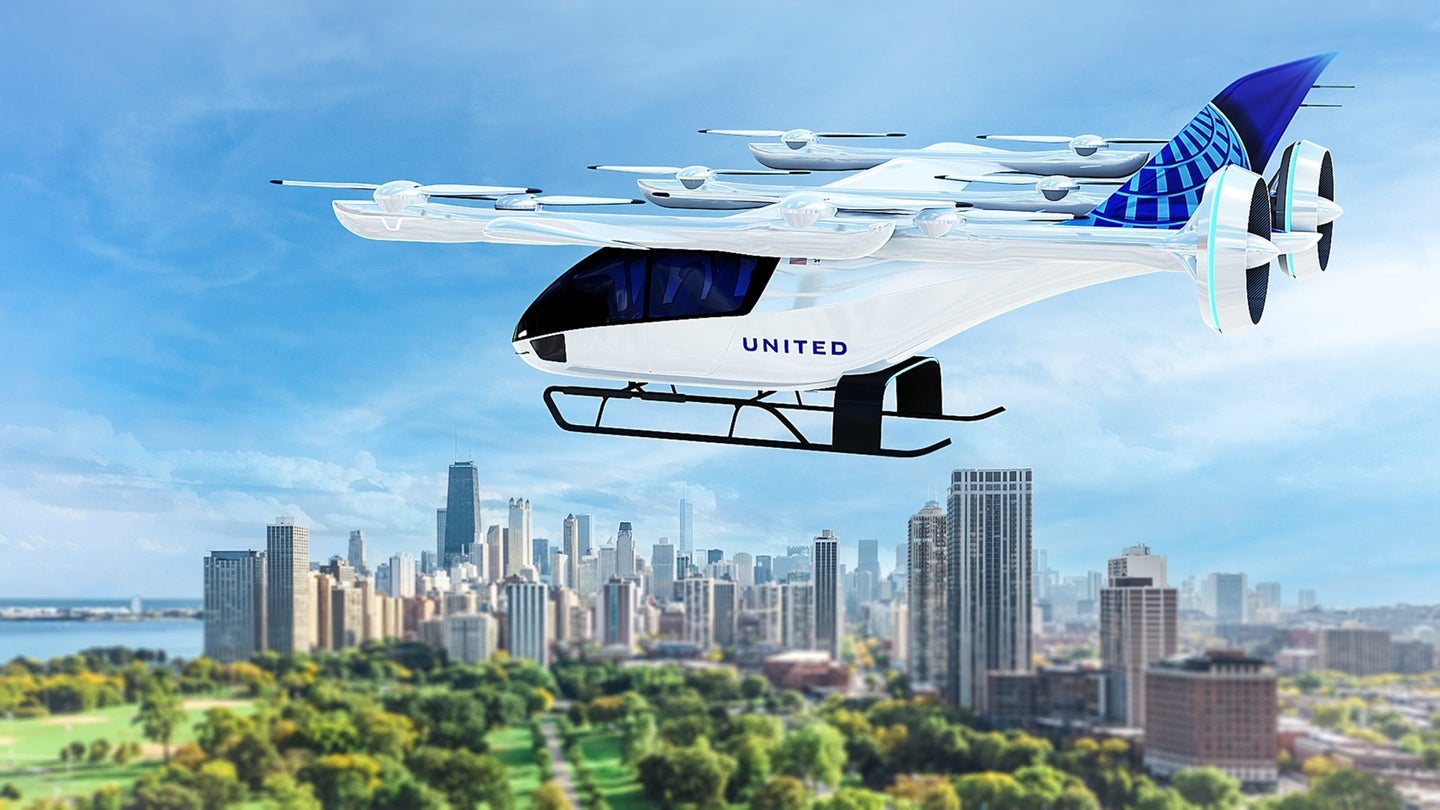 United Airlines announced Friday a $15 million investment in Eve Air Mobility, an e-VTOL craft manufacturer. Eve Air Mobility is a startup established in 2020 that promises a “new mobility experience” centered on electric vertical takeoff-and-landing crafts that operate similarly to helicopters. The company, which is owned by the Brazilian aircraft manufacturer Embraer, is one of several e-VTOL manufacturers vying to be the first to market. It’s also the second e-VTOL company that United Airlines has invested in during the past year as part of its push to be net-zero-carbon-emissions by 2050.

The announcement stated that United has the option to purchase 200 of the e-VTOL Eve aircraft, with an option for up to 200 more. United expects to take delivery as early as 2026. Eve, for its part, has tested its air-taxi concept in several markets and intends to perform another test in partnership with United in Chicago next month. However, its proof-of-concept flights use helicopters, rather than its electric multi-rotor e-VTOL.

This is because the multi-rotor e-VTOL design Eve has developed has only been tested in small-scale models and simulators, and type certification for the craft is not expected until 2025 at the earliest. The future aircraft has promising specs, with a simplified design that minimizes moving parts and uses a pair of rear rotors for thrust instead of a rotating tilt-rotor setup. It promises a range of up to 60 miles and is intended to carry four passengers and one pilot. Eve claims that the craft will be autonomous in the future, and then it will have the capacity for six passengers.

Unfortunately, the company still hasn’t announced plans for full-scale tests, and it’s unclear how it intends to make air-taxi services cost-efficient. A senior figure at the company simply said that the company’s goal is “to hit a price point where more people can take air mobility as a mode of transport.” It enters a crowded theoretical market, as well, as it isn’t just traditional air carriers attempting to break into air-taxi service: even Uber invested millions in its own air-taxi business (before selling it off in 2020). Uber does still offer helicopter rides in New York City from certain locations in Lower Manhattan to JFK, but those cost upwards of $200 a flight for an eight-minute trip; it’s unclear how the e-VTOL transport would cost significantly less than helicopters do.

For United’s part, it’s the second high-profile investment in heavily futuristic tech following an investment last year in supersonic jet manufacturer Boom, another aviation startup that has yet to demonstrate a full-scale working prototype or achieve regulatory approval. United’s optimism is inspiring, but I remain a bit skeptical. Who knows though, maybe we’ll all be taking an air taxi to get groceries by 2027. You know, when all the cheap cars have stopped existing?

The post United Thinks There’s a Future in Electric Helicopters appeared first on The Drive.