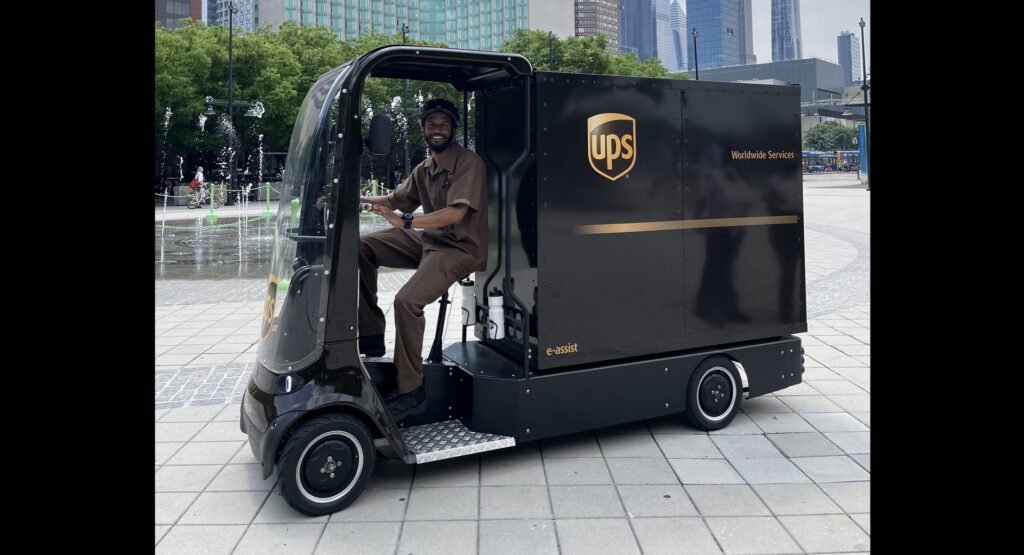 New Yorkers were treated to a little version of the UPS’s familiar brown and gold delivery truck this week as the parcel service is now piloting the use of Fernhay eQuad bikes in Manhattan.

The company shared the first images of the electricity- and pedal-powered delivery vehicles in the city via Twitter. The eQuads have previously hit the road in other major cities like London and will be used elsewhere in the future.

“New York is a complicated city when we look at the density,” Nicole Pilet, the industrial engineering director for UPS, told the Associated Press. “So if we can have success here in the city, then we can see how we implement in other cities throughout the U.S.”

Read all about it!

That makes the vehicles useful in places like Manhattan where the distances aren’t that great but the congestion slows a full-size UPS truck. They also emit zero local emissions, making them ideal for emissions-free zones, and are part of UPS’s goal of reaching carbon neutrality by 2050. Riding them is pretty manageable if you’re a cyclist, according to Dyghton Anderson, a UPS delivery driver working on the pilot program who spoke to AP.

“This is right in my wheelhouse,” said Anderson. “I ride to and from work — from all the way from the Bronx all the way to here on 43rd — so it’s pretty comfortable for me.”

Founded more than 100 years ago as a bicycle messenger service, UPS says that this eQuad shows that the company is coming full circle. It isn’t the only company introducing such measures, though. Its competitor, FedEx, is also using similar vehicles and plans to go carbon neutral by 2040.