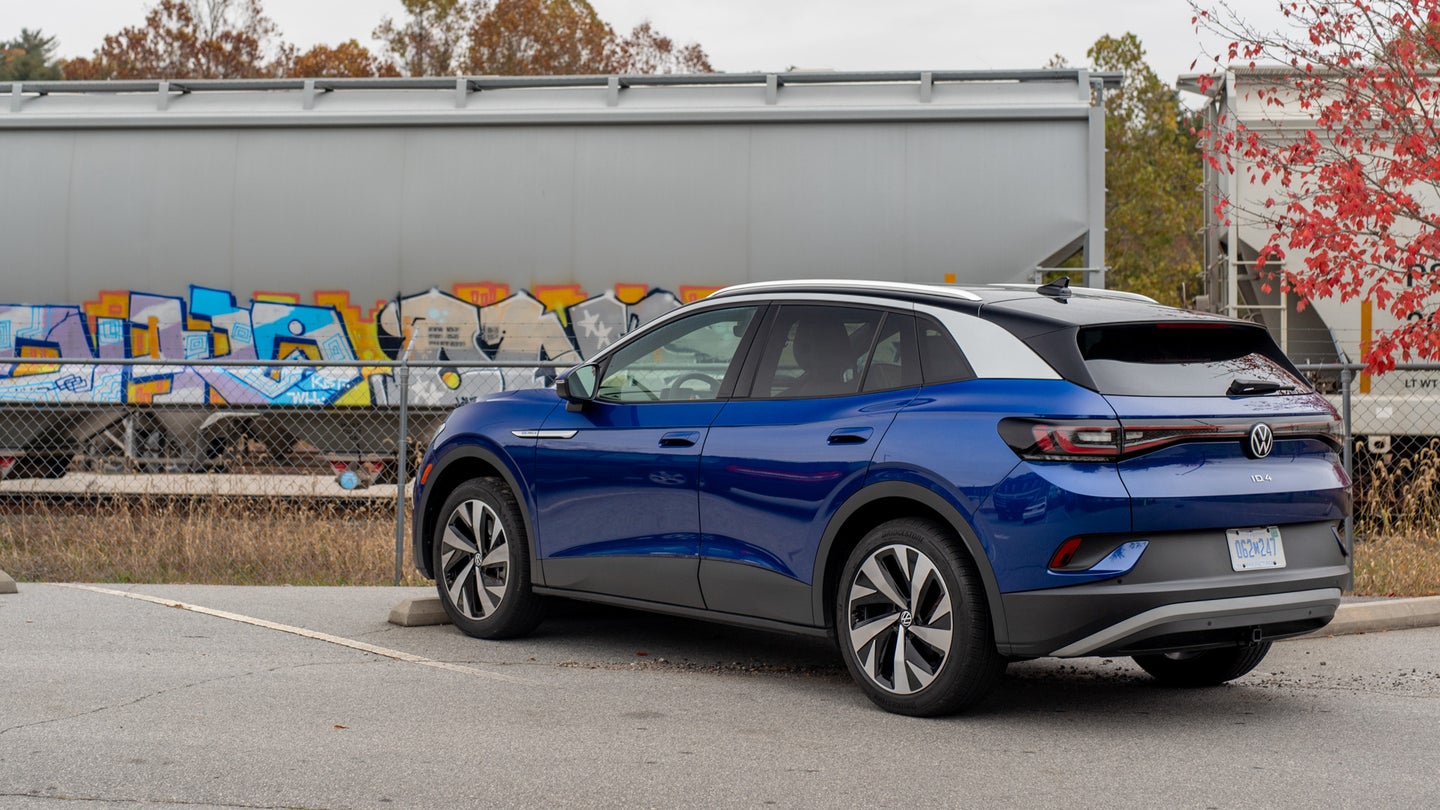 Volkswagen will proceed full steam ahead with its EV lineup, despite its issues with electrification this year. On Monday, the automaker announced a lower-capacity version of its electric ID.4 crossover, which lowers the base price of VW’s EVs.

The ID.4 is only offered in the States with an 82-kWh battery pack, which is good for an EPA-rated 275-mile range. The newest version will shave 20 kWh off that, for a total of 62 kWh. The official pricing and range figures aren’t available yet, but the cheapest ID.4 is slightly less than $42,000 after destination, suggesting the newest version will drop into the oft-discussed, nearly mythical EV $30,000 range.

In Europe, the ID.4 is already offered with a 55-kWh battery, which is good for a WLTP rating of 215 miles. The same car would likely be rated slightly lower in EPA testing, which tends to drain batteries more rapidly. That car is also offered with a significantly derated powertrain compared with its U.S.-based counterparts, with its lowest trim offering a 0-60 time of 10.1 seconds. VW has not announced what the exact layout of the drivetrain will be on its newest entry-model ID.4 for the States, but regardless of what it comes equipped with, it will be assembled in VW’s recently revamped Chatanooga, Tennessee plant, where all future U.S.-bound ID.4s will be built starting in 2023. Unfortunately for all would-be ID.4 shoppers, VW is still out of EVs for the year, as supply chain constraints have prevented the company from ramping up production to meet increased demand.

The post US Built-2023 ID.4 Get Cheaper, Shorter-Range Model Coming Soon appeared first on The Drive.